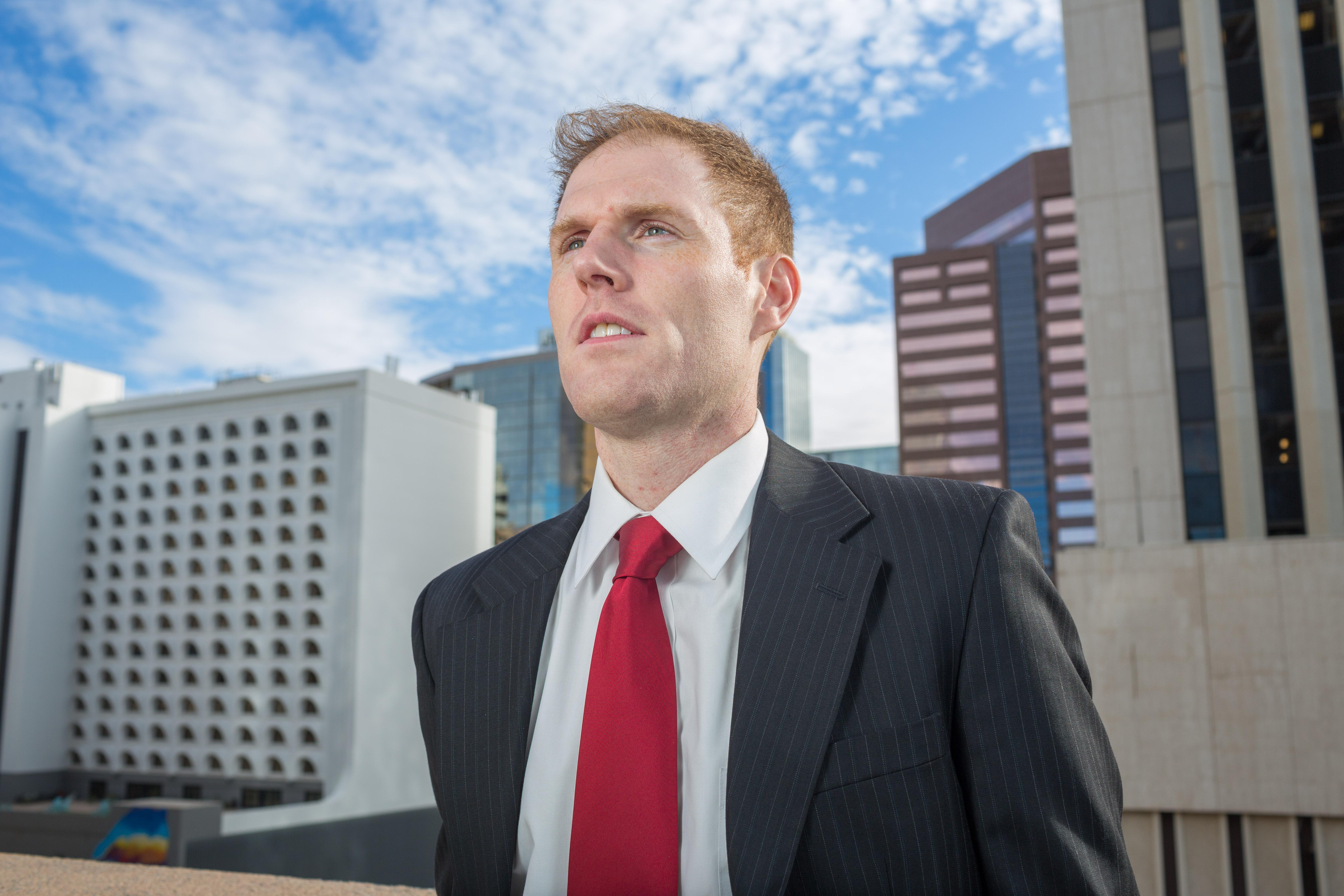 MARK BRODIE: The state Senate and Maricopa County Board of Supervisors continue to argue over a subpoena in which lawmakers want the county to turn over ballots and tabulation equipment. Senators were poised to threaten to arrest the supervisors earlier this month before a resolution on holding the board in contempt failed by a single vote in the Senate. It is in this context that Stephen Richer has taken office as Maricopa County's new recorder. The Republican defeated Democrat Adrian Fontes in November's election. Richer joins me to talk about his first several weeks in office. And Stephen, let me start with one of your campaign platforms, which was to "make the recorder's office boring again." And I got to say, I don't think "boring" is a word that anyone would use to describe your time there so far.

STEPHEN RICHER: You know, it's not, unfortunately, and that's disappointing to me. I don't know, Mark, if that's possible these days, but I'd sure as heck like to take us in that direction.

BRODIE: So what do you make of what's been going on between the county supervisors and the state Senate? And while that doesn't necessarily directly relate to you, it does relate to you because it has to do with elections, which your office oversees.

RICHER: That's right. Yeah. And I think that Steve Goldstein, your colleague, covered it pretty well on his Friday episode with Roy Herrera and Christine Jones. And they said, you know, it's unfortunate. I don't think this is how the public wants to see debates and discussions happen, but they both celebrated the fact that it's going to end up in the courts. And I think that's a good place for this to be, because the courts will say, "Is the position that the Maricopa County Board of Supervisors taken, is that lawful or is that inaccurate? And do they need to produce these things that are still in dispute?" So stepping back a little bit, I think you probably know that that subpoena was extended to both Treasurer [John] Allen and myself, in addition to the Board of Supervisors. Two of the items that were on that subpoena pertain directly to me, were items which I had unilateral control over. And we produced those items, I think it was two days after we received the subpoena, and we also showed up to the scheduled Senate hearing at 9 o'clock in the morning the next day.

BRODIE: Do you have an opinion as far as whether you and the county board of supervisors are legally allowed to turn over the ballots that the Senate is asking for?

RICHER: You know, I don't. I haven't been advised on that. What I have been advised on is if I have any control over that decision and I do not have control over that decision. And so I assume that the Board of Supervisors is hearing one thing from its counsel, the Maricopa County Attorney's Office. And I assume that the Arizona Senate is hearing a different thing from its counsel. And it really centers on two items. And those are the 2.1 million sealed ballots and the tabulation equipment and software, the 370-some machines that do the tabulation.

BRODIE: Let me ask you about the audits that are being conducted on the equipment in Maricopa County. Where are we in that process? And do we have any sense of what has been found yet?

RICHER: Yeah, it's a great question, Mark. And so I'm going to step back for one second and explain how we got there. As mentioned, the Maricopa County Board of Supervisors does have statutory control over the tabulation software and hardware. Now, since taking office, I've worked together with the board to design our own audit to evaluate that same tabulation, hardware and software just because it is something that many people have expressed concern over. And so we both thought that it would be a good idea to take another look at it. So we've hired two independent third-party companies to come in and basically make sure that the tabulation equipment and hardware and software work as they were designed and that they tabulate the ballots as physically cast properly. And so these two companies, they have their own proprietary methods, but they're looking at things like, was the software manipulated? Was the hardware manipulated? Was any malware installed? Were the machines ever connected to the internet? Was anything done such that the equipment would no longer mirror the federally-certified equipment that was certified to conduct our election?

BRODIE: And do we have any of the answers to that yet?

RICHER: So the auditors are almost done, and we should have the results and reports from their audit probably next week.

BRODIE: Do you have any measure of optimism that assuming the audits come back and find that everything was as it should have been, which I think a lot of folks are expecting, will that change the minds of anybody, do you think, who believes that things weren't OK and that the election was rigged or stolen or whichever verb people want to use?

RICHER: I hope so. That's why we did it. We did it one, to make sure we have a clean bill of health. Two, to make sure we're running excellent elections in Maricopa County and to learn from the process. But most importantly, we made sure we did it because people expressed concerns, and so we wanted to address those concerns. Now, I know that Roy Herrera and Christine Jones, speaking with your colleague on Friday, expressed considerable doubt that it would change the opinion of anyone who already thinks that the election was stolen and that those people are committed to that position by faith. I'm hopeful that that is not the case and that this does help inform the process. And obviously, if it identifies anything, then we've got a much bigger problem on our hand.

RICHER: A big part. So the Maricopa County Recorder's Office is more than election administration. It's also the recording of public documents. We maintain voter registration and process all the voter registration, new applicants and voter registration changes. But we are also partners with the Board of Supervisors in the administration of elections. And I think I should give them, we should begin by giving them credit because we had a lot of problems in 2016 and in 2018 under two different administrations with things like lines, things like software glitches during the middle of the day, things like polling places simply not opening. And in 2020, we — despite having a national pandemic — we did not have those run-of-the-mill, garden variety election hiccups. And so credit where credit is due — to the Board of Supervisors and the recorder's office. But moving forward, we know that building a good mouse trap is only one half of the equation, and explaining to people how the mouse trap works and inspiring confidence that it does work the way it was designed is the other half of the equation. And we need to get much better at that.

BRODIE: So now that you are in the office for a little while, are there particular things, especially about elections — obviously that is not the only part of your job — but with relation to elections, are there particular things that you would like to change going forward? Things that maybe Maricopa County voters should be on the lookout for that might be a little different in 2022 than they were in 2020?

RICHER: Yeah, I'd really like to work on our voter registration database; that's inward facing rather than outward facing, but that's a database that's been cobbled together over many years, but now has 2.6 million voters registered. And such that it's much more accessible in terms of how you can see your information, how you can change your information, things of that nature. In terms of the actual administration to vote, no. Unless, of course, if the state Legislature changes laws, then we'll of course comply with those laws. But I would imagine there won't be any fundamental changes to how elections are administered. You know, we will have mail voting, and we will have in-person voting. We're going to do some things to try and speed up the process in terms of the tabulation. We're going to do some things to try to make sure that nobody has to encounter lines or any other difficulties in their effort to cast their ballot. And then, like I said, we're going to make voter education a big component of what we do because clearly people are interested and we need to provide them that information.

BRODIE: All right, that is the new Maricopa County recorder, Stephen Richer. Stephen, nice to talk to you. Thank you.

RICHER: Thank you very much, Mark. I appreciate the time.