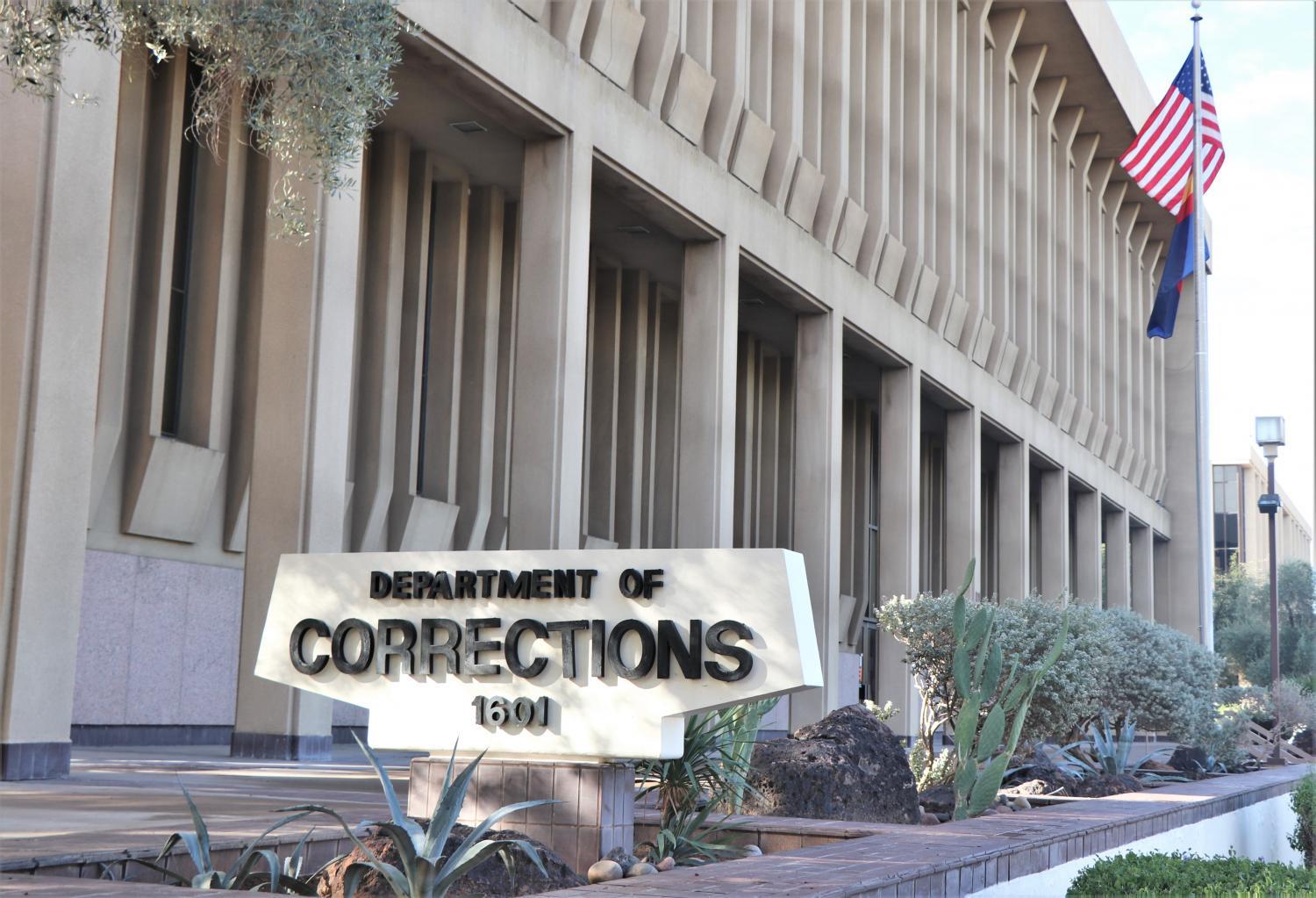 It was 10 years ago at the Eyman state prison in Florence. John Fabricius, an inmate at the time, had a job working as a clerk for a correctional officer.

He said the Arizona Department of Corrections administrators were nervous, because it was announced a reporter was coming to tour the prison.

"And that we needed to take a lot of steps to make sure that everything that he saw was exactly what they wanted him to see,” he said.

Fabricius says he was told to instruct fellow inmates not to speak with the journalist and to warn everyone to stay on their best behavior. “You know, literally taking care of every step that he was going to walk on the sidewalk, the buildings he was going to enter, the inmate areas, all of that was scrubbed by inmates for three days in advance of that tour.”

Fabricius calls it “smoke and mirrors” and says the preparations were a way for the department to distort the corrupt reality of daily prison operations.

“It made me feel like I was part of a fraud," he said, "like I was being used to pull the wool over the eyes of the citizenry of Arizona — the taxpayers.”

So, after spending 15 years in Arizona prisons, Fabricius is one of several advocates leading a movement calling for greater oversight of the system where he was detained. 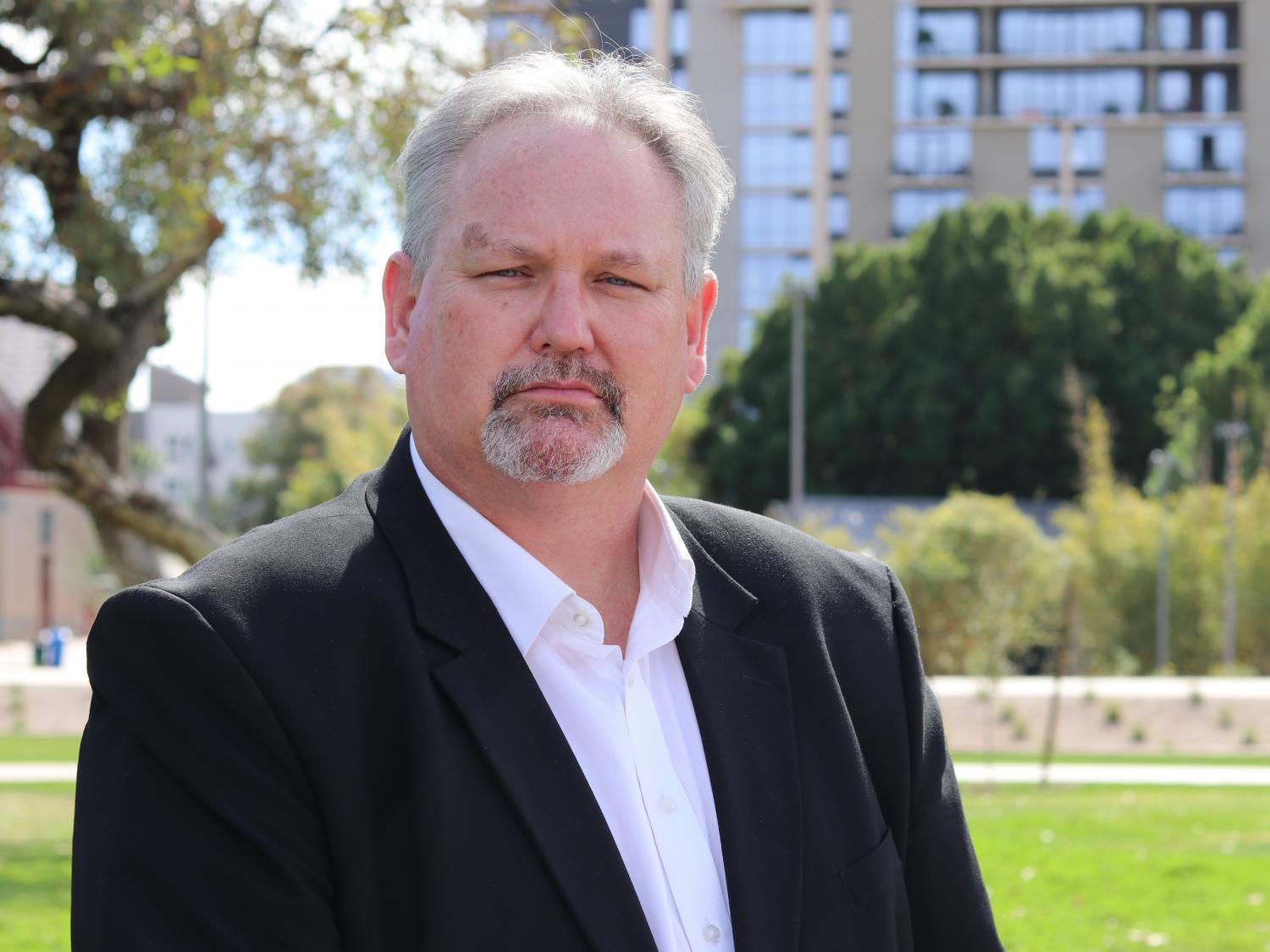 Introducing his legislation in the House Criminal Justice Reform Committee earlier this month, Rep. Walt Blackman said House Bill 2617 would "answer a lot of questions that not only we have at the Legislature about DOC but the public has.”

Crafted with help from input from directly impacted people like Fabricius, HB 2167 would create an independent ombudsman and oversight committee that would investigate operations and conditions in the Department of Corrections, which employs more than 9,000 staff, and confines nearly 38,000 people.

The department did not respond to questions about the oversight bill.

Molly Gill is a vice president of policy at FAMM, one of many criminal justice advocacy groups from across the political spectrum that spoke in favor of the bill because it would shed more light on the state agency. “We hear over and over again from prisoners and their family members, lawmakers, other advocates that it is virtually impossible to know what is going on in there," she said. 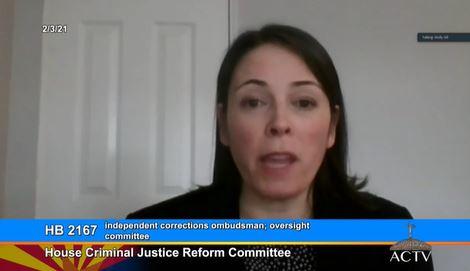 Prison oversight is not a new idea. Claire Shubik-Richards is the executive director of the Pennsylvania Prison Society, which was founded in 1787.

“Our mission," she said, "has been to advocate for humane treatment in Pennsylvania’s prisons and jails, and to promote restorative criminal justice practices.”

And she says it works. Shubik-Richards says they serve as a go-between for incarcerated people, their families, and the administration when there’s a communication breakdown.

In Arizona, HB 2167 would serve the same purpose. While the Department of Corrections maintains a so called “friends and family” hotline, families of incarcerated people say their calls for help go unanswered.

Lillian Coppess recalls the trauma she experienced when she was unable to locate her incarcerated husband after he had been brutally assaulted in an Arizona prison.

Since then Coppess has created a Facebook page and an advocacy group called the S.T.A.R.T. Project to help other family members find out information about their incarcerated loved ones, but she says the number of people who need help is overwhelming. 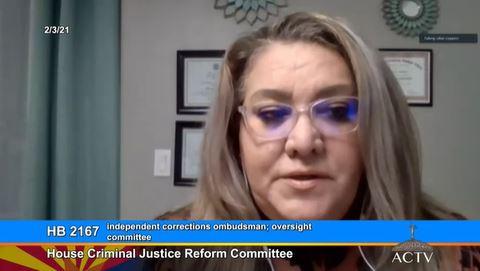 Arizona Capitol Television
Lillian Coppess testifies at a hearing on prison oversight at the Arizona Legislature.

HB 2167 faces a tough road ahead in the Arizona Legislature. Because it requires an annual budget of $1.5 million to monitor the Department of Corrections, the bill must be heard in the appropriations committee of the House. It has been scheduled for a hearing next week.

John Fabricius says it may sound like a lot of money, but it’s a drop in the bucket compared to the $1.3 billion annual budget for the department.

“Because we will be saving enormous amounts of money in not chasing more fines, not chasing more repairs, not chasing more lawsuits and all of those type of things will come because we’re not fixing this Department of Corrections,” Fabricius said. "More importantly, this kind of oversight will allow the Department meet its primary goal, which is to help people return as productive members of society."