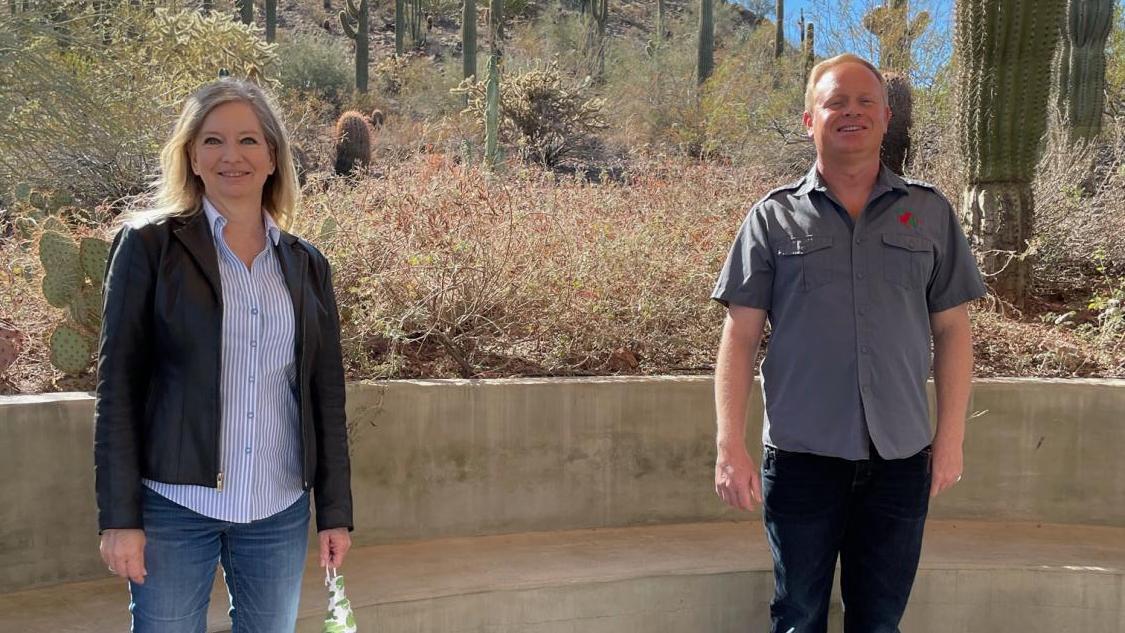 The Arizona man known as the "Cactus Doctor" has seen a lot of sick patients lately.

Vickers has his own landscaping company specializing in their care. And lately, they have needed a whole lot of care, especially the iconic saguaro.

“We’re seeing the saguaros shrivel up, and actually the soil is heating up as well, and it’s causing rotting on the base of the saguaro and the flesh begins to deteriorate and turn in to bacteria,” Vickers said.

At Phoenix’s Desert Botanical Garden, saguaros believed to be a century old, just disappeared over the course of one summer.

Kimberlie McCue is the garden’s director of horticulture and conservation.

“It has been a really, really tough time. We’ve been in a period of drought for a while, but this past year, the summer was just extreme — just brutal and plants are dying.” 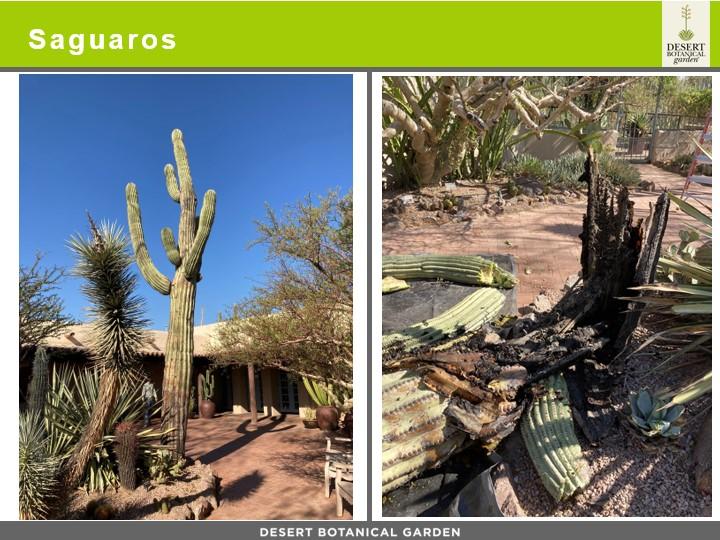 For much of the monsoon-less summer, temps did not fall below 90 degrees at night. According to Vickers, it’s a critical time for cacti.

“They photosynthesize at night, feeding themselves — then those aerials, which are beneath the spines, they open up like little suction cups and they absorb that moisture in.”

As a result, McCue believes many just suffocated.

“When the low temperature at night does not go below 90, and especially when that happens for multiple days, that takes a serious toll on cacti. They literally can’t function internally,” McCue said.

Cacti are getting squeezed out of their native land — too hot in the desert to survive the summer and too cold further north and in higher altitudes to make it through winter.  And it’s not just the cacti that are suffering. Agaves couldn’t stand this last relentless summer, either.

“This is something we saw multiple times over at the garden. This was an agave," said McCue, pointing to a plant. "And you can see it just completely collapsed. We call it melting. That’s how we started to describe it." 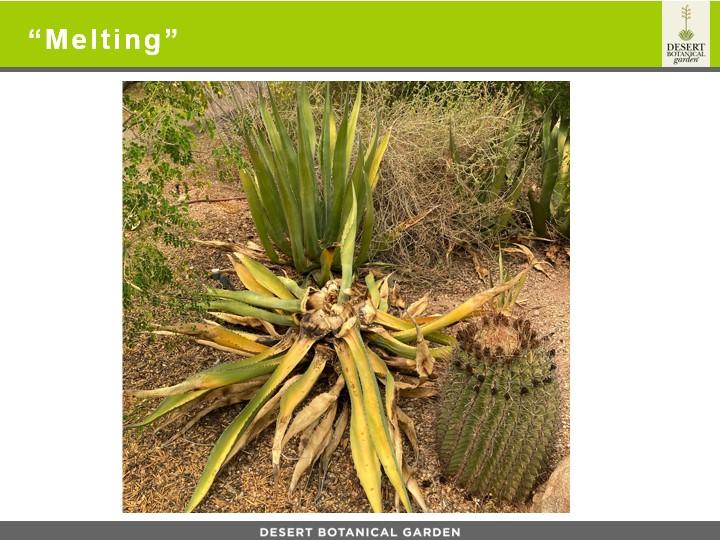 Richard Adkins is the city of Tempe’s urban forester. He says we might have to get used to a changing landscape as warming and drought intensify.

“I think we’re looking at a shift in the range of where saguaros may be natively grown, that it might shift a little bit farther to the north perhaps, and I think we’re gonna find that with our palo verdes, our Ironwoods and our mesquites as well.”

And that shift could put the squeeze on the main residents of Arizona’s iconic high desert forests.

“You’re looking at losing a lot more of our trees, a lot of our pines,” said Adkins. “We all know they are Mediterranean species, but they’ve grown quite well in the desert for a while, but we’re gonna start losing a lot more of those pines because there’s simply not enough soil moisture for them.”

Adkins, who once held the same job in Phoenix, feels urban planning will need to be adjusted to conform to this new reality.

“That’s where species selection is really going to become important for us here in the Valley as we move forward with any type of urban forestry or planting program. When you’re looking at these master shade plans, you’ve really got to look at your resources and think about your maintenance going forward.”

And that includes our own backyards, where the Cactus Doctor Adam Vickers we can start by helping to save our saguaros by giving them a little extra care this summer. 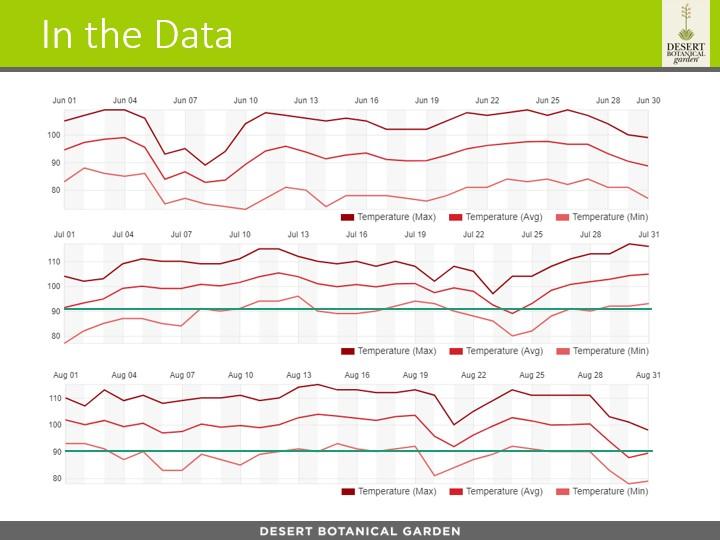 Desert Botanical Garden
In the monsoon-less summer of 2020, average nighttime temperatures in Phoenix failed to fall under 90 degrees on many nights.

“It’s very critical that if is a dry spell for two weeks or three weeks, that’s when you want to get out there and mist the whole entire saguaro,” Vickers all the way around, it could be 8 minutes, 10 minutes — not a whole lot, and that will help preserve that gelatinous tissue and keep them from drying out.”

“There’s some supplemental watering that you need to do — but we still tend to over water.” said Adkins. “It’s more of just checking your soil moisture to make sure it’s adequate and only watering when you need to.”

And for good measure, we might also want to say a little prayer for more rain and cooler temperatures this summer.