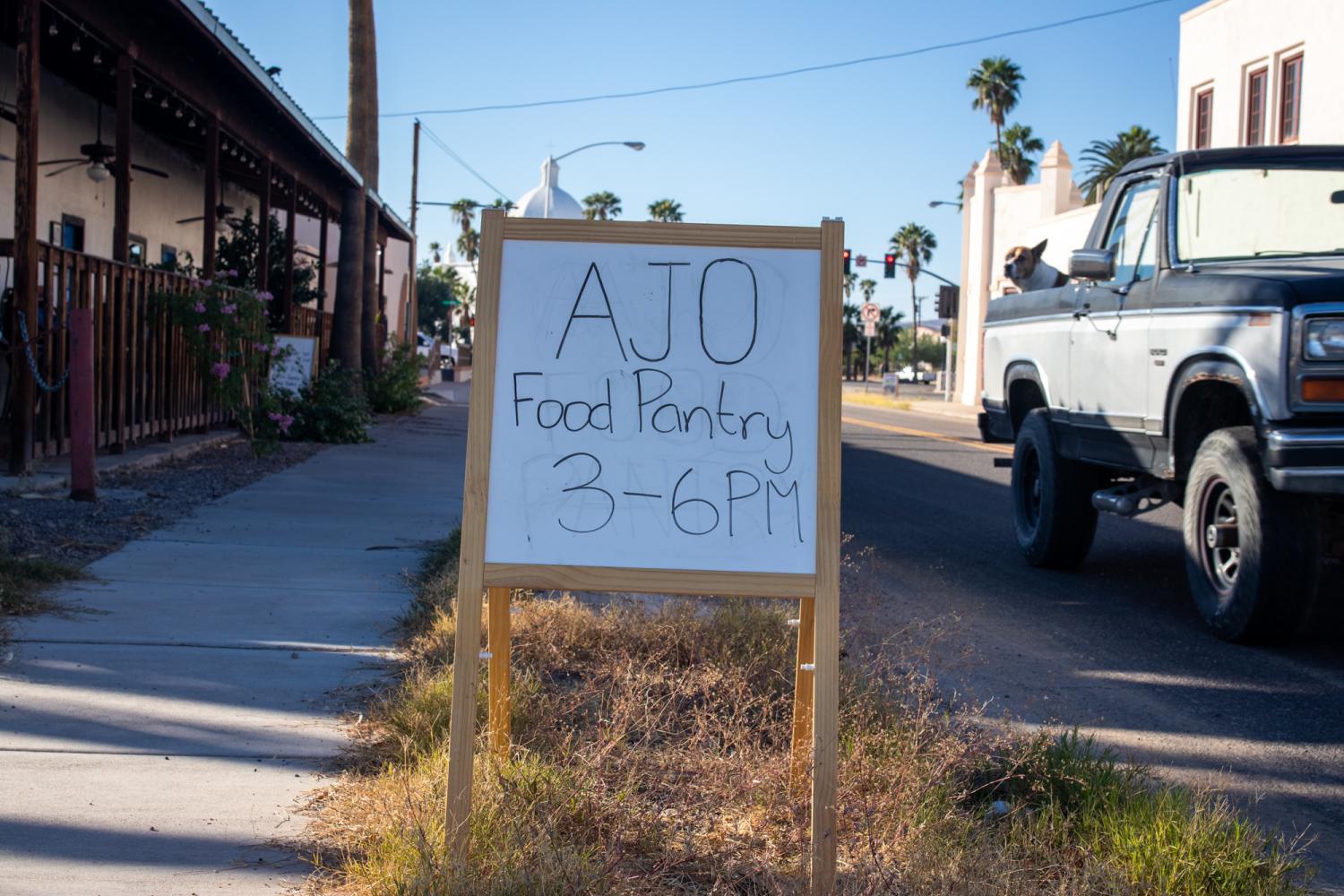 Katherine Sypher/Cronkite News
A sign stands in front of the Ajo Farmers Market & Cafe in October advertising the Ajo Food Pantry. On designated afternoons, people can come by and pick up bags and boxes of food from the Ajo CSA for themselves, their families and their neighbors.

Forty miles north of the U.S.-Mexico border deep in the Sonoran desert is the town of Ajo. The tiny town that neighbors the Tohono O’odham Nation was once home to a copper mine. Now, it boasts a growing local arts scene.

The Ajo Farmers Market & Cafe stands near the town square. Before the pandemic, it sold food and art from local farmers and artists. Back in October, every surface was filled with boxes and bags of produce and dry foods, all of which was given away to families in need.

Thanks to COVID-19, food in Ajo was harder to find.

Sajovec is the founder and director of the Ajo Center for Sustainable Agriculture (Ajo CSA,) which runs the cafe.

“The regular supply chains and emergency food system, as was in place before, collapsed,” she said.

That’s when Ajo CSA stepped up. For years, the group ran the cafe, a farmers market, a gardeners network and a farmer training program. In April, they began a new operation: running a food pantry. In their first week, they distributed 600 boxes of food.

“In a week, we tripled the effort, quadrupled the efforts, and the following week we gave out 1,400, almost 1,500 boxes,” Sajovec said.

Ajo CSA has distributed between 600 and 900 bags and boxes of food nearly every week to families in Ajo and the Tohono O’odham Nation. 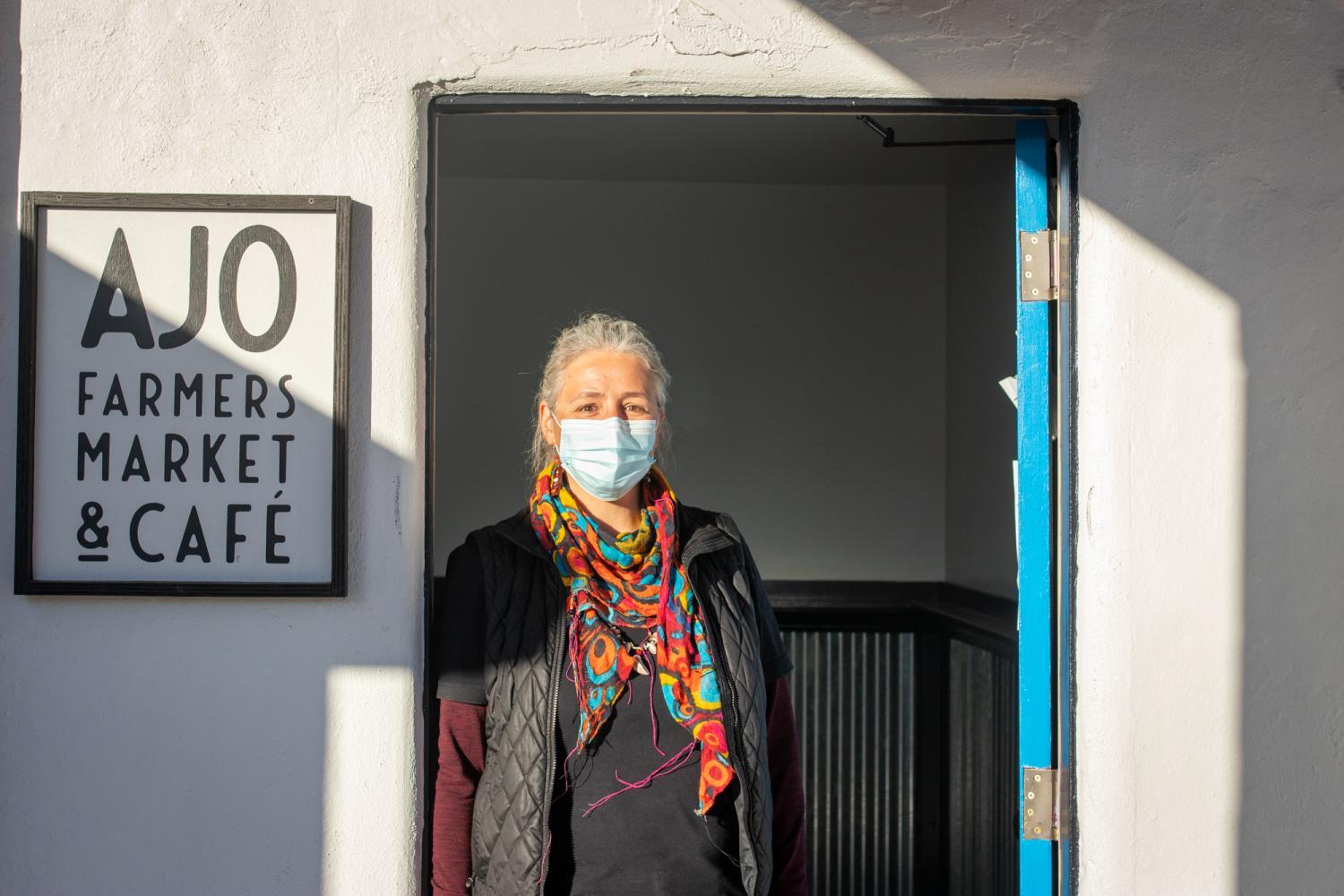 Katherine Sypher/Cronkite News
Nina Sajovec stands in the back doorway of the Ajo Farmers Market & Cafe on an October evening. The cafe has been the home base for Ajo CSA’s food pantry since April.

The U.S. Department of Agriculture defines food insecurity as lacking consistent access to enough food for an active, healthy life. According to researchers at Northwestern University, food insecurity in the U.S. has doubled since the pandemic began, and tripled in households with children.

Dionne Vega is a Tohono O’odham chef and an Ajo CSA board member. She remembers what it was like in Ajo last spring.

“Those were scary times,” Vega said. “Something that I never thought I'd see in my lifetime.”

While volunteers continue packing food inside, behind the cafe, chef Joe Hobson is unloading a truck filled with thousands of pounds of beans and squash.

“When you come down to Ajo, or just different parts of Arizona, there's a huge shift, [from] where you go from a population of 5 million people, and you've got grocery stores every other corner,” Hobson said.

That isn’t the case in Ajo. People don’t have access to healthy foods, Sajovec said, so they’re forced to turn to unhealthy alternatives.

“People didn't want Twinkies or sugary stuff or fatty stuff they wanted, you know, the No. 1 requested item is fresh produce and fruit,” Sajovec said. 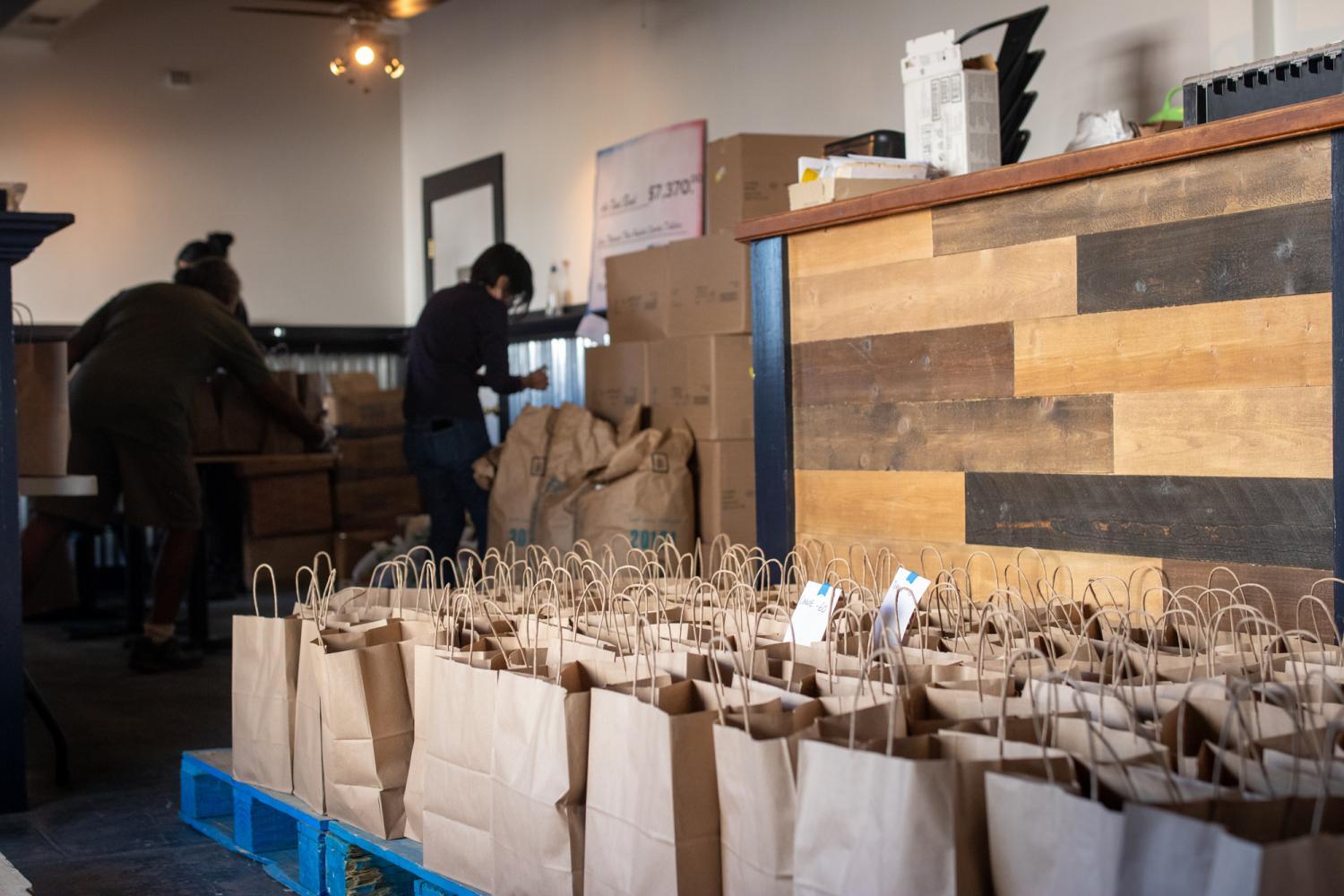 Katherine Sypher/Cronkite News
Inside the Ajo Farmers Market & Cafe, Ajo CSA staff and volunteers arrange bags of food that will be given to families in need in October.

Terrol Dew Johnson is also a member of Ajo CSA’s board. He’s a Tohono O’odham artist. He says access to nutritious foods is intrinsically linked to health.

“There's a high rate of diabetes and a lot of food related illnesses on the reservation that are attacking our communities,” Johnson said. “It's because we veered away from eating these traditional healthy foods, and started eating a lot of processed fried foods.”

Since October, Ajo CSA has continued its food pantry operations.

“What November, December, January brought was another wave of COVID infections,” Sajovec told KJZZ in February.

More infections meant more demand for food. It also put a strain on Ajo CSA’s available staff and volunteers as they were exposed to the virus.

“We have experienced just a much higher degree of people knocking on our doors and needing food and we were scrambling on our side,” Sajovec said.

Ajo CSA still distributes hundreds of boxes of food each week, she said. Over half goes to families living on the reservation.

Since they opened the food pantry in April, Ajo CSA has distributed nearly 1 million pounds of food. Sajovec said the group will continue the operation as long as there is a need in the community.

“Poverty is a real thing and we see it here,” Sajovec said. “If it was veiled before slightly, now it's very obvious, and that's why we need to continue doing this help.”