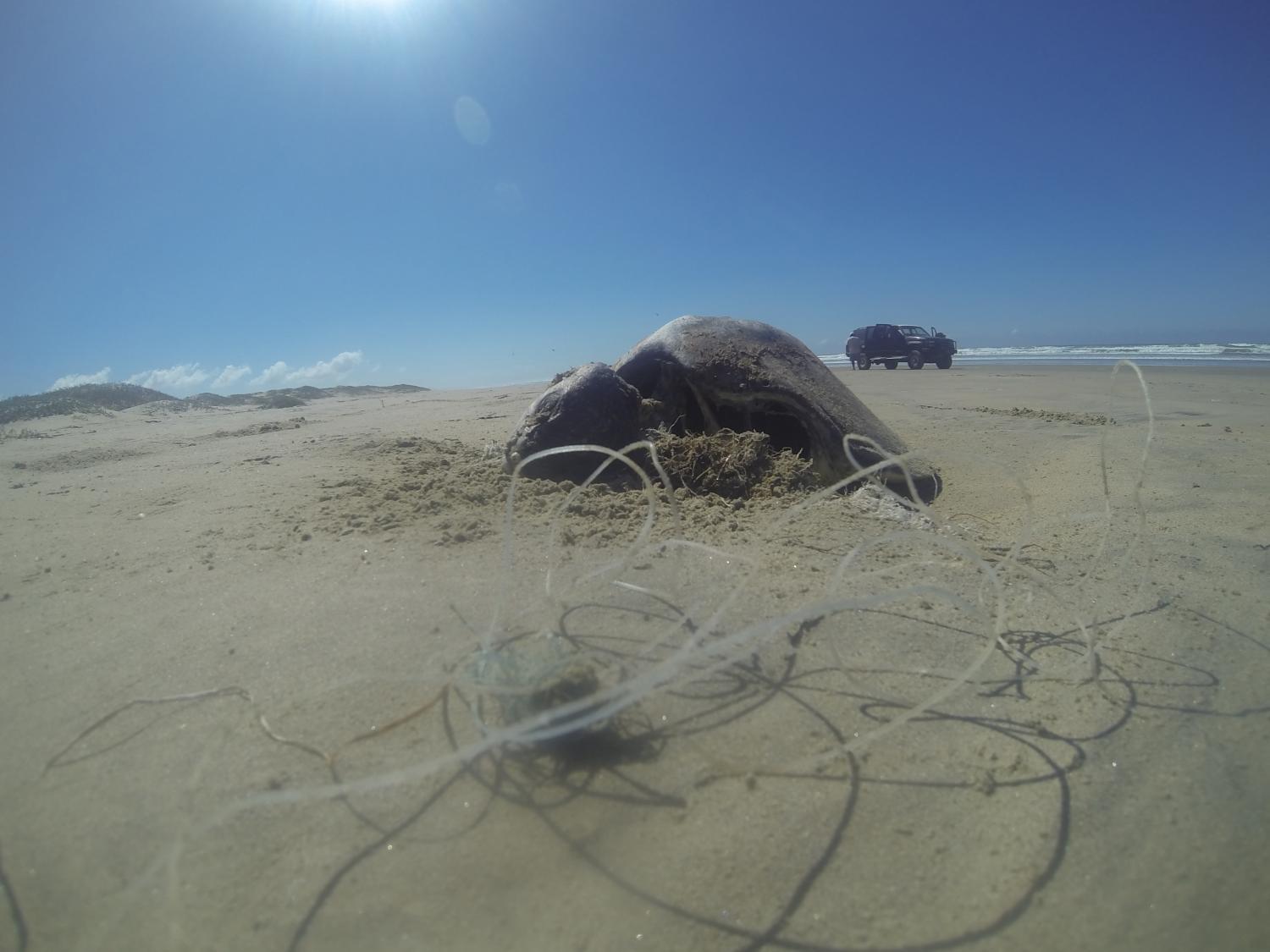 In response to a petition from environmental groups, a commission of the U.S.-Mexico-Canada trade agreement has decided to review the deaths of hundreds of endangered sea turtles in Mexico.

The USMCA’s Commission for Environmental Cooperation will assess Mexico’s compliance with environmental laws in response to the petition filed last December by the Center for Biological Diversity and the Mexican Center for Environmental Law (Cemda) showing that hundreds of endangered North Pacific loggerhead sea turtles are killed off the west coast of Mexico’s Baja California Sur every year after getting entangled in fishing gear.

Now, Mexico will have to provide a formal response to the commission within 60 days, and environmental authorities from the three countries will review the issue.

"It is a very important step forward because it’s obvious there is a lack of enforcement from Mexico to protect the sea turtles," said Alejandro Olivera, a senior scientist and Mexico representative for the Center for Biological Diversity, adding that if the commission finds that Mexico is not complying with it’s environmental obligations, the U.S. could request official enforcement actions under the trade agreement.

According to the petition filed in December, Mexico's own environmental agencies recorded nearly 900 loggerhead deaths from 2017-2019, and an additioanl 350 from January through June 2020.

“It’s undeniable that the Mexican government’s lack of enforcement led to a failure to protect the endangered loggerhead sea turtle,” Mario Sánchez, Cemda’s representative in the northwest, was quoted as saying in a news release. “Now Mexico's government will have to explain what they have done.”