Download mp3 (5.85 MB)
Coverage of aging is supported in part by AARP Arizona 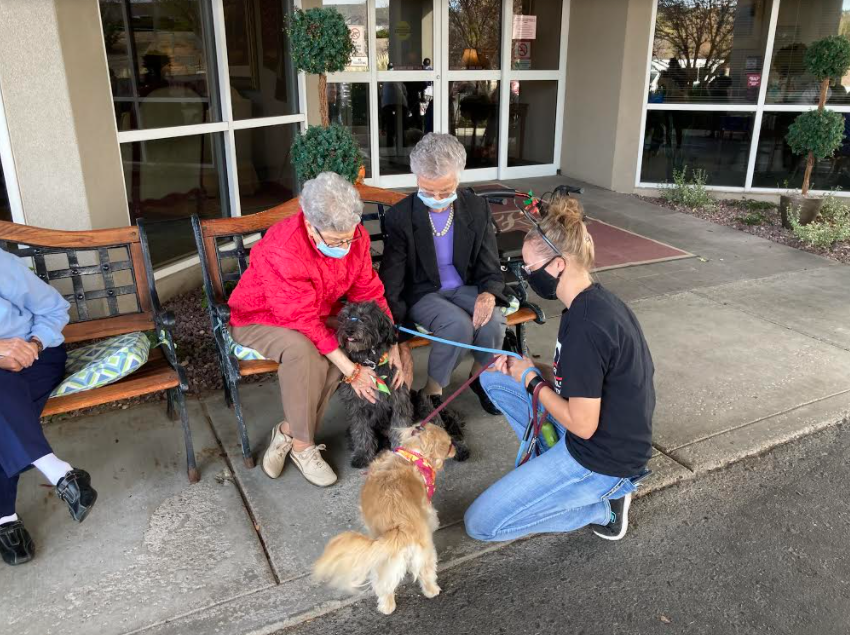 Many older adults who live in more rural parts of Arizona are struggling to schedule an appointment for the coronavirus vaccine. Access to technology is a big part of it, and so is transportation. Many of these seniors are also homebound, and there are concerns they are being left behind in the vaccine rollout.

Roger Carignan is finally getting his first dose of the coronavirus vaccine. His son, who lives with him, booked the appointment last week.

"And he's been trying it, every hour, he's been going on to the online thing to schedule it," said Carignan. "And they've had problems."

Carignan, 72, lives in Coconino County, which is faring better than other counties like Navajo, according to Mary Beals-Luedtka, who’s the Area Agency on Aging director for the Northern Arizona Council of Governments. Her organization supports rural, homebound seniors.

"The big issues for the elderly across the board is the fact that they have to go online to sign up," Beals-Luedtka said.

And not every homebound senior has a computer let alone internet access.

"I don't know who thought that up," said a frustrated Beals-Luedtka.

Carignan is lucky, though. He has both — plus someone who can navigate a clunky website.

For Carignan, the vaccine is a light at the end of a very long tunnel. Like many older adults, he has been isolating for months now to avoid contracting the virus.

"My doctor told me that I probably wouldn't survive it," Carignan said.

Besides his age, he has other comorbidities, including diabetes. Still, isolation comes at a price.

"I watch a lot of TV," Carignan said with a slight laugh. "There's not a lot else to do … And it's just, you know, it's lonely, is what it is. You can't see good friends."

And rural seniors that were isolated before the pandemic are even more so now, says Beals-Luedtka.

But rural seniors have long been a political afterthought.

"So in 2008, we were cut statewide $6.8 million in state general funds for aging," Beals-Luedtka said.

That money was never restored, she said. 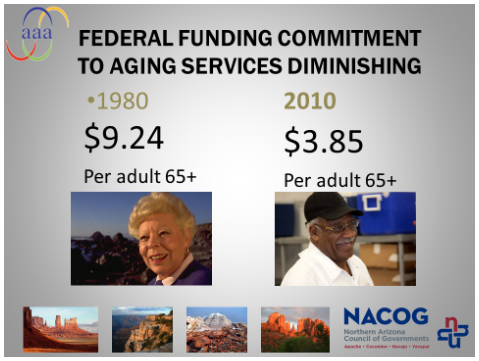 And it continues to diminish, while the number of people 65 and older who need services is growing. Now, toss in a global pandemic and aging advocates are left with an enormous mess that isn’t getting the same kind of attention as say, online learning.

Yet, the stakes are just as high. Older adults are suffering from high rates of depression and anxiety. Beals-Luedtka says her case workers have had to support seniors that have contemplated suicide.

Many don’t have family who live nearby or at all. And there’s the virus itself. Older adults are at much higher risk of dying from COVID-19.

So while more dollars would help, Beals-Luedtka is not waiting around. Her agency recently partnered with nursing students from Northern Arizona University.

"And so we're hoping that the nursing students can help us help the seniors sign up for the appointments and help them get to those appointments, because they're having difficulty doing it on their own," she said.

Which leads Beals-Luedtka to another massive hurdle: transportation.

"It's going to be more expensive than a normal ride," she said. "What we're trying to do is work with our transportation providers, so that they can go pick them up, take them to the vaccination site, wait for them, and take them home."

And that’s not in her budget.

"So we're looking at ways to find emergency money to do that transportation for our homebound."

It’s unclear how many homebound seniors are out there. Beals-Luedka says there are roughly 14,000 who receive some kind of service from one of the seven Area Agencies on Aging in the state. That figure doesn’t include those receiving services through the Arizona Health Care Cost Containment System, Arizona’s version of Medicaid.

Her fear is that there are many more who are unaccounted for and possibly forgotten about.