Hits, Misses And Celebrities Among The 2021 Super Bowl Ads 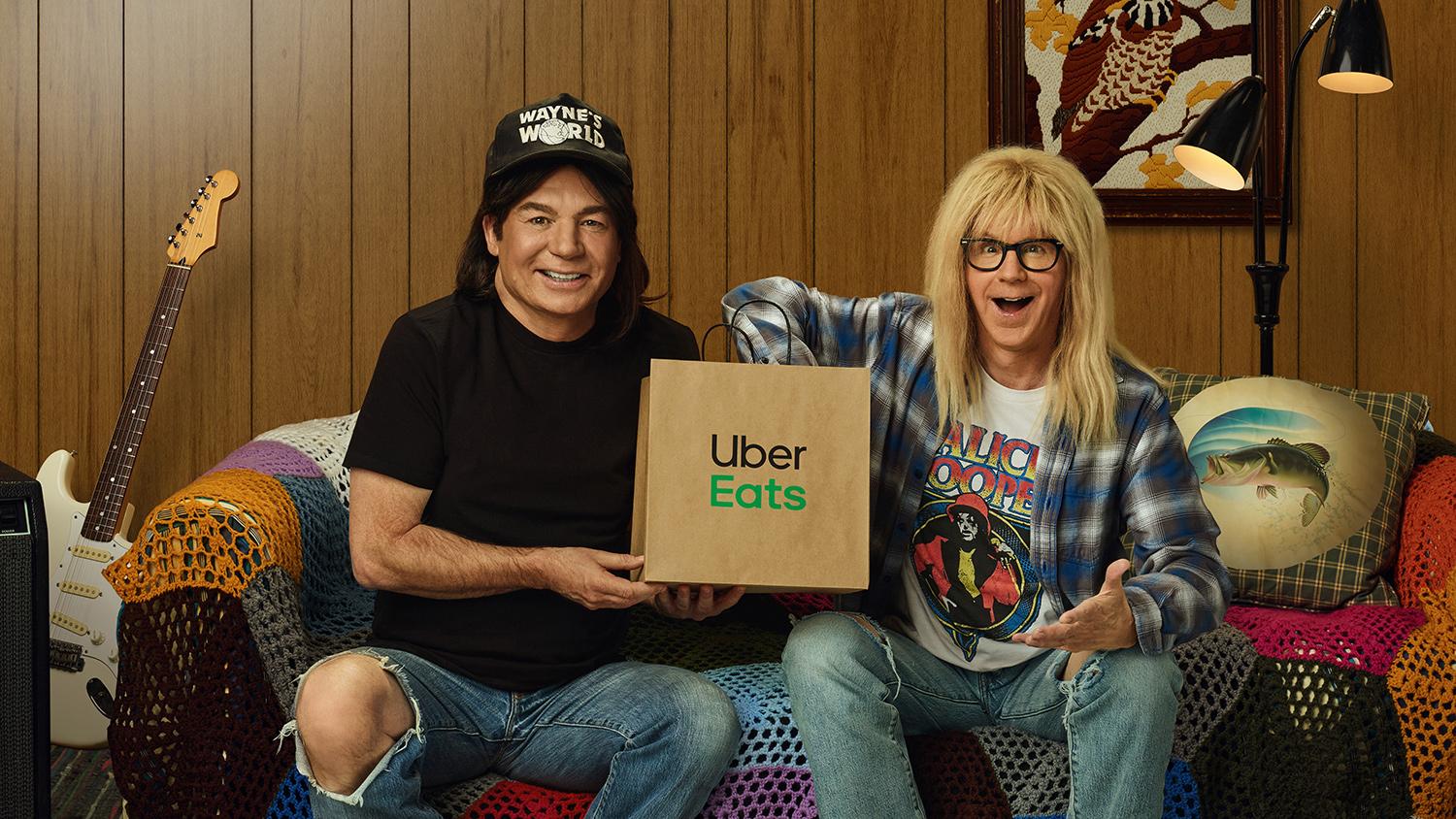 MARK BRODIE: The Tampa Bay Buccaneers beat the Kansas City Chiefs 31-9 in Super Bowl LV last night. The lopsided game may have disappointed fans hoping for a closer offensive shootout, but as always, the game itself wasn't the only draw. Every year, advertisers pay top dollar to vie for eyeballs while trying to outdo each other with hilarity, sympathy or in this year's case, celebrity star power.

WILL FERRELL: Did you know that Norway sells way more electric cars per capita than the U.S.? Norway! Well, I won't stand for it.

BRODIE: And joining us for a few moments to review the most memorable commercials from last night's Super Bowl is Roger Hurni, chief creative officer and founder of the ad agency Off Madison Ave. Hi, Roger.

ROGER HURNI: Hello, Mark. How are you today?

BRODIE: Doing all right. So how would you describe overall this year's crop? There had been so much discussion about the tone and tenor and, you know, in a pandemic and an economic downturn, like what do advertisers do? How do you describe what we saw last night?

HURNI: In a word: Complicated. It's a very delicate balance between —

HURNI: How advertisers should acknowledge or not acknowledge the pandemic, maybe what's happening with this country as far as its division and hawking a product. And so they've had to walk a very fine line between doing something that is within their brand and not coming across disingenuous to the situations at hand.

BRODIE: So you mentioned division in the country, and there was one ad that really took that on. It involved Bruce Springsteen, it was an ad for Jeep, which you didn't really see until the very end. I've seen a lot written about that. What do you make of that particular ad?

HURNI: Well one, full disclosure — I am a massive Bruce Springsteen fan, and for him to do a commercial is almost — it goes against the grain of how I feel about him as a musician and honestly a force of reason in this country. So for him to decide to step up and write a two-minute soundtrack for it and, you know, write that copy and film it is a way for him to use this platform in particular as a way to get that message out to him personally. It almost saddens me he had to do it with a company like Jeep or any company — so that's not Jeep's fault, just, he had to do it through a company, which I think takes a little away from the message. It's still a powerful message and one that we needed to hear.

BRODIE: Right. So, and in full disclosure, I, like you, am a huge Bruce Springsteen fan as well. So I heard his voice and like, "Oh my gosh, it's Bruce Springsteen." So we heard a little bit of a clip earlier from a Will Ferrell on a GM ad dealing with electric vehicles. What do you make of the celebrity star power? We saw Amy Schumer, we saw Dana Carvey and Mike Myers recreating their Wayne's World — a skit from SNL back in the day. Star power this year: Effective? Not effective?

HURNI: Well, star power is always effective to a certain degree, because even if a commercial is bad, there's going to be a group of fans who love that particular character or that particular celebrity. Like, I was a huge fan of Wayne's World, but I thought that spot fell pretty flat. And I love Will Ferrell. And I think the genius behind that commercial is the stake in the ground that GM is putting on betting on the future of electric cars says a lot more about where that company is going than the actual spot with just Will Ferrell. So it does work. There's no doubt about it. Even when it fails, it works.

BRODIE: Were there any ads that you think really did miss the mark, that either just weren't very good ads or maybe didn't quite have the right tone given where we are right now?

HURNI: Well, I really wasn't — I didn't think Wayne's World was all that well done. I also did not care for — and again, full disclosure here and probably a little embarrassing, I love Dolly Parton. And I thought the Squarespace "5 to 9" was just sort of conceptually generic. Where, the one that I thought took a huge misstep — there was an ad from Alaska Airlines that took off on a 1980s song called "Safety Dance." And I felt while that is in character for the brand, it is disrespectful to everything that's happening around the pandemic because mask wearing is not funny and getting on a plane and everything that they're doing to me is not funny. It's something that we need to take seriously. And I think it was a misstep by that brand.

BRODIE: Interesting. All right, we'll have to leave it there. That is Roger Hurni, Dolly Parton fan and Bruce Springsteen fan, also chief creative officer and founder of the ad agency Off Madison Ave. Roger, nice to talk to you. Thank you.

HURNI: It was a pleasure, Mark. Thank you for having me.