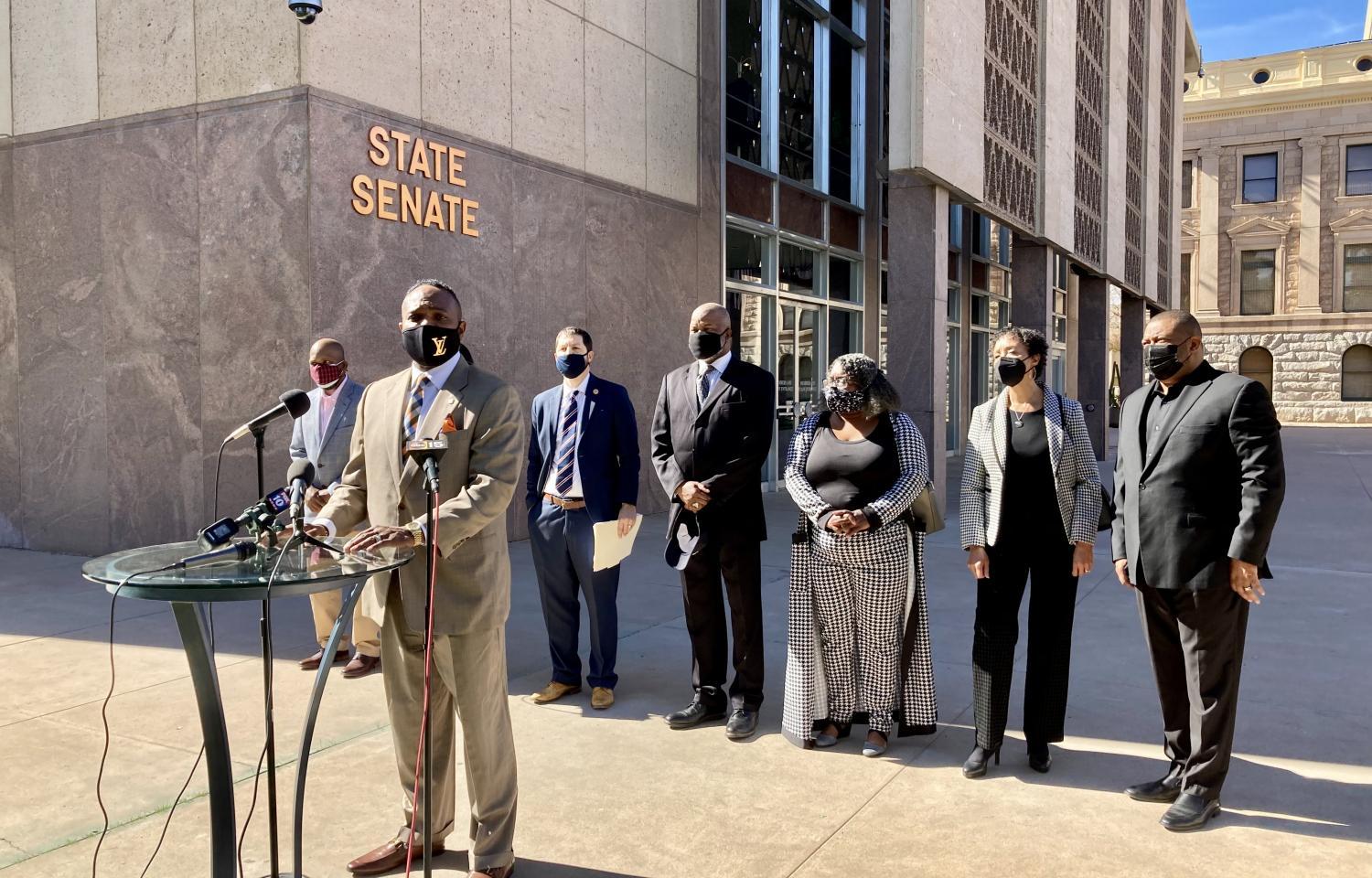 Christina Estes/KJZZ
Pastor Drew Anderson speaks at the state Capitol on Feb. 2, 2021, in support of a bill by state Sen. Paul Boyer that would expand Arizona's school voucher program.

As concerns grow about students falling behind during the pandemic, calls to expand Arizona’s school voucher program are increasing, especially from some African American leaders.

Pastor Drew Anderson of Legacy Christian Center calls it the civil rights movement of this era.

“Low-income families are impacted the most by educational disparities,” he said.

Throughout his 24 years of ministry, Pastor Reginald Steele of Kingdom in the Valley Christian Church said he has appeared in many courtrooms speaking on behalf of defendants and “I’m just at a place where I’m sick of seeing different casualties taking place.”

Steele and Anderson joined other education advocates at the state Capitol on Tuesday to promote Sen. Paul Boyer’s bill.

Boyer’s bill, SB 1452, would expand Arizona’s empowerment scholarship accounts to students who qualify for free or reduced lunches or attend schools with a large percentage of low-income families. It would allow them to use public money to fund private education and transportation costs, a key point for Anderson.

Janelle Wood, founder of Black Mothers Forum, said she has worked with many public and charter schools and “We are still having the same issue with our children being pushed out.”

Sheila Ellis said she became so dissatisfied with her local schools that she homeschooled her children.

“I believe as a mom of eight, that I should have the opportunity, and the option to be able to send my children to the best place possible to get the best possible that they deserve,” she said.

Boyer’s bill establishes base level funding at $4,345 a year. As of Jan. 5, the state reported 9.718 students enrolled in the program, the majority identified as students with special needs. When the program started in 2011, it was limited to students with disabilities but has expanded over the years to include children living on Indian reservations, children in low-performing schools, and children in foster care.