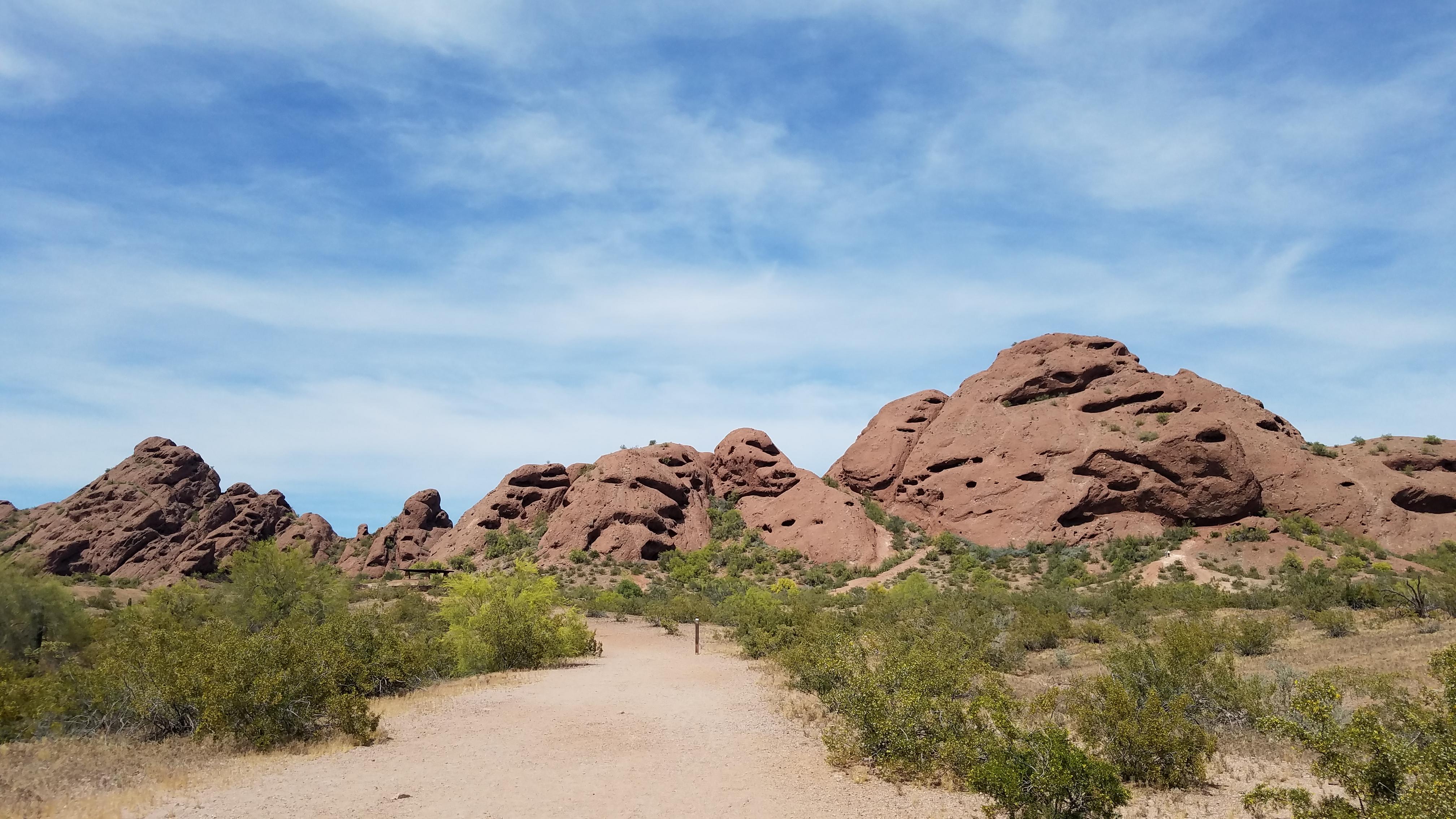 STEVE GOLDSTEIN: The San Francisco Giants' connection with Scottsdale is a long one as the city and its neighboring communities have been home to the Major League team's spring training home since 1984. But a new facility for the organization in south Scottsdale and Papago Park has generated some unhappiness among residents who don't want the environment to be negatively affected by the new construction. Two of them have filed a lawsuit in the U.S. District Court for Arizona against the facility. Wayne Schutsky, managing editor of the Scottsdale Progress, has been reporting on the story. I spoke with him earlier and asked him about the origins of the Giants' agreement with the city and the subsequent lawsuit.

WAYNE SCHUTSKY: Yeah, the Giants signed a lease with the city of Scottsdale, which has an intergovernmental agreement with the city of Phoenix to use a portion of Papago Park for a new training facility. Basically, it would operate as where they do their practices during spring training and then other operations year round. And some local residents who enjoy the park — like hiking there, like biking there — have taken issue that the new facility is eating up too much of the land that is supposed to be reserved for public use.

GOLDSTEIN: And some have the impression the Giants are getting a sweetheart deal because of the cost per acre they've been given, which is a lot lower than some of the surrounding areas.

SCHUTSKY: Yeah, so under the two agreements, first between Phoenix and Scottsdale and then between Scottsdale and the Giants, the Giants are effectively paying between around $1,300 to $2,000 an acre. The price fluctuates over the next couple of years over the course of this decades-long lease, whereas a property right across the street that's being redeveloped, sold in 2019 for about $1.3 million an acre. So there's concerns that this was essentially given away to what amounts to a large corporation with revenues in the billions of dollars.

GOLDSTEIN: Wayne, put this into context for us. How much of this is reminiscent of what we've seen with other cities, other communities that want to maintain their relationship with pro sports teams?

SCHUTSKY: I think that's definitely a piece of it. The Giants' existing training facility that they used right now is at Indian School Park in Scottsdale. And basically that facility is just too small for what they plan to do moving forward. And it's a landlocked piece of space. It's an existing park, so they can't really expand beyond what's already been done. So this new place in Papago offers a little bit more freedom to create exactly what they want to accommodate the size of operations they envision. And they are a big economic driver for the city of Scottsdale and Phoenix as a neighbor. So they bring in lots of fans every year, which drives hotel stays, restaurants, all that kind of stuff. So there's definitely, I think, a piece of it that involves keeping that economic driver happy, for lack of a better term.

GOLDSTEIN: And you reached out to various entities, city of Phoenix, city of Scottsdale, the Giants. What did all of them have to say about this lawsuit and what's going on?

SCHUTSKY: Yeah, a spokesperson for the city of Phoenix's Parks and Recreation Department, which is kind of the department overseeing this, did take issue with my characterization that the facility is a new facility. And he is right to point out that there has been fields on this site going back to the '80s. The problem, as pointed out by the folks who filed the lawsuit, is that the new facility is quite a bit larger. According to the lease, the new facility will be a little over 36 acres. The old facility was 30 acres. The two individuals who filed it said it's actually looking like it's going to be more like 40 acres or more based on the size of the construction footprint at the moment. So they're arguing that there may have been fields there before, but now you're encroaching even further into this public, open space.

GOLDSTEIN: And finally, Wayne, have the people who filed this lawsuit reached out to anyone else, whether other official groups, whether the federal government?

SCHUTSKY: Yes, they've been in contact with the city of Phoenix, city of Scottsdale, trying to work out some sort of deal. They've said even with the lawsuit, the facility is basically mostly built at this point. They're not going to stop it. But they said they tried to get the city of Phoenix to agree, to at least in the future stop encroachment on public land because they've taken issue with some other projects that have happened too — a new parking lot for the zoo, for example. And they're just trying to get a commitment to not do this anymore. And they said that really didn't pan out. They've contacted the Department of the Interior, they've contacted the state Parks Department trying to get someone to step in and enforce the deed restrictions that they say is at the center of the lawsuit, which basically say that this land has to remain public recreational parks or some other public use.

GOLDSTEIN: Wayne Schutsky is managing editor of the Scottsdale Progress.