A 'Bad Death': Arizona Families Struggle With Complicated Grief After Loved Ones Lost To COVID-19

Download mp3 (7.36 MB)
Coverage of aging is supported in part by AARP Arizona 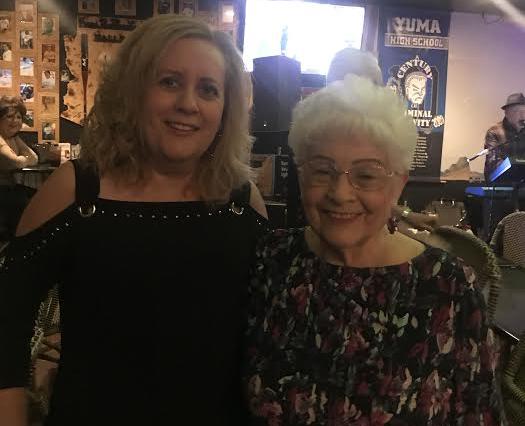 More than 12,000 Arizonans have died from COVID-19. Many of those deaths took place in long-term care facilities, which means the person who was passing might have died alone.

For surviving family members that can lead to overwhelming feelings of guilt and regret. That's exactly what Diana Wise is wrestling with now.

Wise watched her mother, Helen Espinoza, suffer in the final days leading up to her death at an assisted living facility in Yuma.

"So every day from Thursday, Friday, Saturday, she had four falls," she said.

Wise’s mother had also been diagnosed with COVID-19. And she was declining fast. Wise was there on one of the days she fell out of bed.

"And it was awful. It's the worst thing you'd ever want to see. You know, to see dead weight hit face first."

Wise says staff could never get her mother comfortable. She was just so agitated, said Wise.

"She didn't want to be touched," she said. "You could just tell her whole body hurt. It wasn’t so much the breathing, it was just the body hurt so bad," Wise said.

Wise returned on a Sunday morning.

"I walked in I told the caregivers, 'Oh, please tell me she's sleeping comfortably.'"

Staff told her she was.

"And it was like a big relief," she said "But then I went over to her, and she was taking her last breaths."

No one had realized her mother was in the final stages of the dying process.

"So, at least I was there when she was taking her last breaths," Wise said. "And then I just came out, and I called the caregivers and I said, ‘She's gone.’ So, who knows how long she would have laid there until they figured it out." 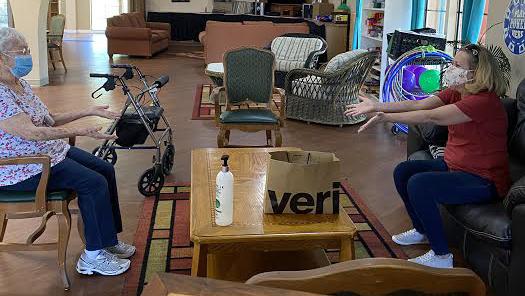 Diana Wise
"And it was pretty heartbreaking because we had no warning," said Diana Wise, after her mother's assisted living facility restricted visitors. Here she is visiting her mother for the first time after restrictions were lifted.

"They’re so short staffed. And I feel for those caregivers," said Wise.

"It was horrific," she said. "That stuff shouldn't have happened."

But there is a name for this kind of death. It’s called a “bad death.”

"So, a bad death is not a new concept," said Ginka Conrey, lead social worker at Sante Hospice. She’s also a licensed therapist.

"A bad death is anything that really challenges the notion of the idealized experience of somebody passing away," she said.

And that's exactly what COVID-19 has done. People were dying alone. families often said goodbye over Facetime. Loose ends were never tied up. Conrey says she has seen an unprecedented number of bad deaths in the last year. And there’s a price.

According to the Center for Complicated Grief, grief is a natural response to losing a loved one. In time, people adapt to the loss. Complicated grief is a form of intense grief.

"It presents with a lot of symptoms of intrusive thoughts of the person who died or preoccupation with sorrow, very ruminative thoughts and excessive bitterness, alienation from normal activities or activities that you previously engaged in."

"Yeah, I'm dealing with that right now with the guilt of. If I had taken her out, I probably could have protected her from the COVID by keeping her home and safe," said Wise.

And all of it can lead to depression or anxiety, something Conrey said she's seeing more of. But complicated grief is also hitting those whose loved ones are still alive. 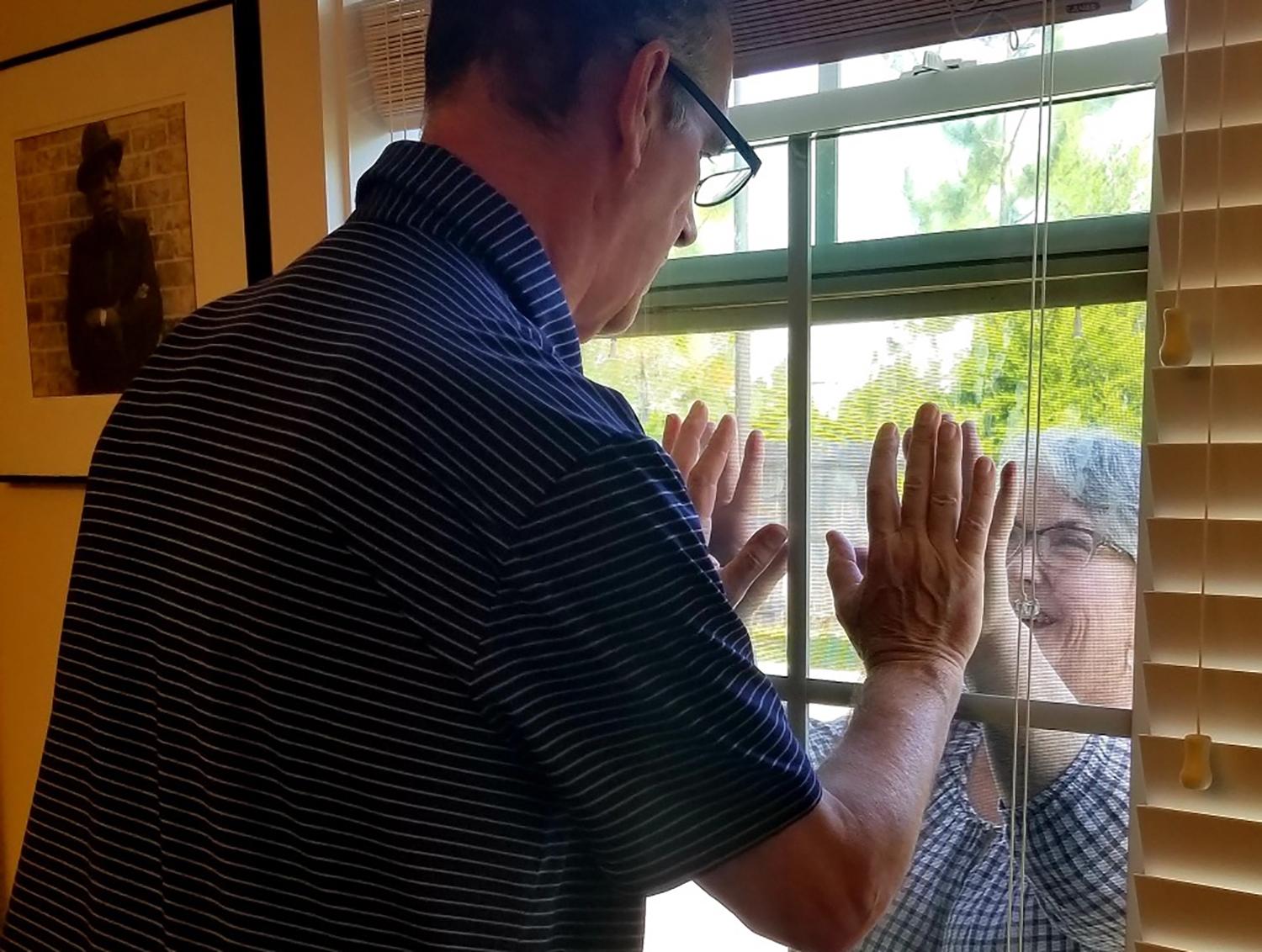 Mary Daniel
"Most states are not even allowing any visitation. So it has been 10 months for most people, very close to being 11 months, have absolutely no touch except and no visitation whatsoever, except maybe through a window," said Mary Daniel.

Mary Daniel is the founder of Caregivers for Compromise, a Facebook group with some 14,000 caregivers who have been impacted by the restrictions at long-term care facilities across the country.

"Most states are not even allowing any visitation. So it has been 10 months for most people, very close to being 11 months, have absolutely no touch except and no visitation whatsoever, except maybe through a window," said Daniel.

Daniel lives in Florida. Her husband has Alzheimer’s disease and lives in a care facility. Like Arizona, visits are still allowed unless there is an outbreak. But for many families, the wait continues. And with it comes the grief.

"Grief is real in this group, there is no question that it is really, really prevalent," she said.

"This is really a grief that’s not ending. This is a grief that's not over. This is not grief as we normally know it. It's a grief of they're gone," said Daniel. "My husband for 114 days, he was gone for me, I could not get to him. But he hadn't died."

And at the time she didn’t know if he would die, alone, wondering where she was and why she had abandoned him. It's why she started the group.

"Because it's going to take time to digest what this all means for all of the people who have lost their loved ones, without being able to hold their hand and be there with them. So much guilt, so much regret," Daniel said.

Nearly 110,000 residents in long term care have died from COVID-19 nationwide. But that word — resident — it’s almost clinical. It erases the fact that these residents, were people with lives, accomplishments, friends and family. And had it not been for the virus, some, like Helen Espinoza, might still be here today.