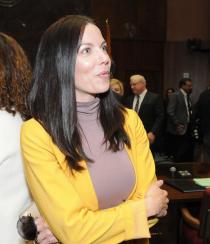 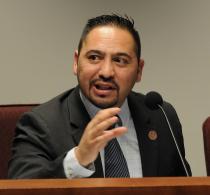 Republicans agreed that the emergency declaration has gone on far too long. The only way to end it, other Ducey willingly lifting the order, is for both chambers of the Arizona Legislature to pass resolutions declaring it’s over.

The Senate Government Committee also voted on four other bills and resolutions that would put time limits on future emergency declarations, and require a legislative process to extend the orders.

Sen. Michelle Ugenti-Rita (R-Scottsdale) described the pandemic as no longer an emergency, but a “chronic situation” that should be dealt with differently — in a way that ensures lawmakers such as herself have a say in orders meant to curb the spread of the coronavirus.

Living under Ducey’s orders for over 10 months is not the proper form of government, she said.

“And actually, it’s not a style of government. This is a dictatorship, unfortunately,” Ugenti-Rita said. “This is one person making the decisions. That’s not what we do in the United States of America.”

Ducey has warned against legislative efforts to end his emergency powers. In his State of the State address, he warned that those who don't like his orders won't like the alternative: a patchwork of emergency orders at the local level.

Ugenti-Rita sponsored the resolution to end the current public health emergency. An identical measure was also introduced in the House, assuring the chance the resolution can swiftly be adopted by both chambers — until then, the emergency declaration remains in place.

Other bills approved by Republicans on the Senate panel would limit the length of any emergency declared by a governor to 21 days or 30 days, and would force the governor to call a special legislative session if an emergency is declared outside of the regular session that occurs between January and May each year. That would ensure the Legislature could decide if a governor’s emergency orders need to be extended or ended.

Other measures would bar the governor from circumventing lawmakers by declaring another emergency if the new order is substantially similar to one the Legislature declined to extend.

Democrats said it’s vital in an emergency for authority to be placed in the hands of one individual, the governor, rather than involve 90 lawmakers who don’t often agree on much.

Carving out a role for the Legislature to determine what is or isn’t an emergency would only inject politics into a process that’s used at a time when Arizonans lives may be at stake, Sen. Martin Quezada warned.

The Glendale Democrat wasn’t swayed by arguments from Republicans like Sen. Kelly Townsend, who said she wanted to give a voice to all lawmakers when it comes time to decide how best to respond to emergencies like the pandemic.

Quezada said it was telling that a host of public health organizations opposed Republican efforts to insert the Legislature into emergency relief.

“These are the experts. These are the people we’re supposed to sit down with and find solutions, and they’re all against this. So why don’t we follow our own advice and vote no,” Quezada said.