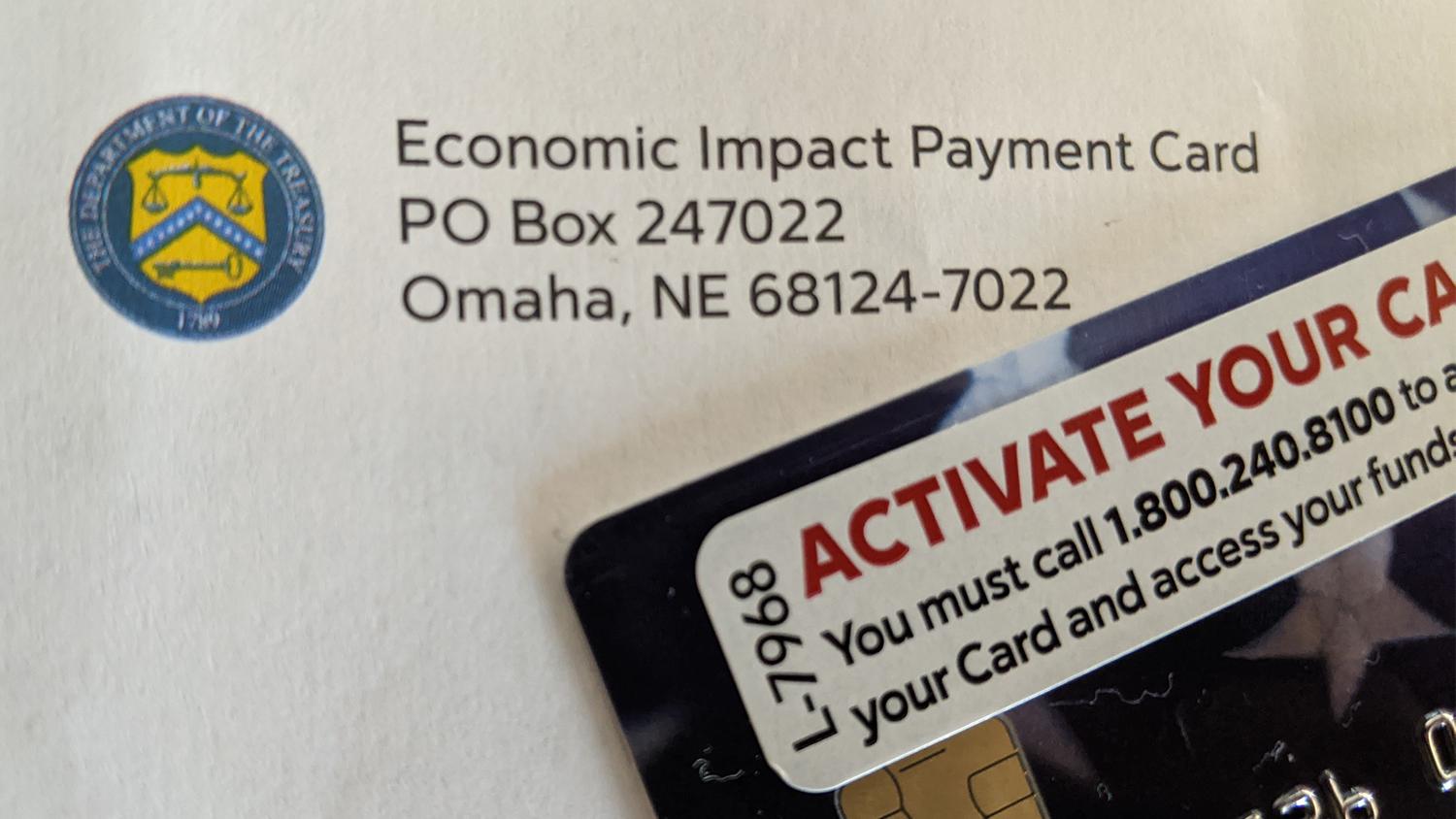 The Arizona Department of Corrections says it is unable to process the second round of economic stimulus payments for inmates in state prisons because the IRS is distributing the money on debit cards.

A spokesperson for the department said “many” other states are experiencing the same problem.

It was not immediately clear how many inmates in Arizona state prisons have been affected. One person who recently spoke to their incarcerated relative in the Lewis state prison in Buckeye said the relative reported none of the hundreds of people on their unit were able to access the second stimulus payment.

Several other families members of people incarcerated in state prisons have contacted KJZZ in recent days, saying their family members, located at different prisons across the state, were experiencing the same problem.

Stephen Karban, an incarcerated person living at the state prison in Florence, said Arizona Department of Corrections officials told him the debit cards would be "sent to inmate banking to maintain in a safe pending a conversation with the IRS to determine how to return the debit cards and have the IRS issue checks."

When Karban asked why the money could not be released to his family, prison officials told him "all debit cards will be returned to the IRS for checks. We do not get notified of who checks or debits checks were received for. You will need to contact your family/friends on the outside to look into this for you."

Arizona Department of Corrections spokesperson Bill Lamoreaux said “Whether or not an inmate has received or will receive a CARES Act payment is an issue between the inmate and the IRS.”

Alia Cruz, a spokesperson for the California Department of Corrections and Rehabilitation, confirmed "Second-round federal stimulus payments for eligible inmates have been received by CDCR in the form of debit cards. We are working closely with the IRS to provide the payments in a way that they may be properly applied to an inmate’s trust account.

Eric Harrison, spokesperson for the New Mexico Corrections Department, said they had also received inmate stimulus payments that the Department was unable to process. "As of today, I am aware of only two debit cards being received by inmates (This was at the Springer Correctional Center) here within NMCD," Harrison said. "The IRS informed us that they are working on a possible resolution for prison facilities and would keep us updated."

The IRS did not immediately return a request for comment.

Yaman Salahi, a partner at the San Francisco-based law firm Lieff Cabraser Heimann & Bernstein, said his office gets hundreds of calls and emails every week from incarcerated people around the country and their loved ones who are trying to secure federal stimulus payments. After the CARES Act was passed in March of 2020, the IRS determined incarcerated people were not eligible for stimulus payments. Salahi's firm filed a class action lawsuit that successfully challenged the IRS's policy, and the government eventually dropped an appeal to the lawsuit in December. But Salahi said it is still very difficult for incarcerated people to receive payments.

"Incarcerated people are amongst the least-able to jump over all the hurdles and overcome all the barriers that have been placed in the way of trying to get these payments," he said. "They are required to somehow obtain tax forms, which are usually not available in prisons, figure out how to fill them out without the assistance of professionals, mail them in, and then receive the payment."

Salahi says actually getting the payments into inmate bank accounts has been a significant challenge.

"This issue with debit cards is consistent with a pattern of the IRS failing to work with state correctional authorities to ensure that stimulus payments are reaching the people they are supposed to reach," Salahi said. "We would hope that, given what happened with the first round of payments, they would have given more forethought to this and more attention to the issues that are unique to prison."

The New York Department Of Corrections confirmed it "has received some debit cards and is in discussion with the IRS to resolve the issue."

The Florida Department of Corrections said it was experiencing the same issue "to a small extent."  Department Spokesperson Paul Walker said "As of January 25, FDC has received 22 stimulus payments via debit card. Like Arizona, FDC cannot process the debit card and is returning the cards back to the IRS."