A psychologist was chosen Thursday as the independent chair of the commission that will redraw Arizona's political district lines this year.

The unanimous choice of Erika Neuberg of Chandler by the two Democrats and two Republicans already sworn in as members of the Arizona Independent Redistricting Commission dodged a potential political firestorm. Commissioners avoided choosing two other nominees to lead the panel who had been unsuccessfully challenged in court by Democrats who believed they were too partisan. 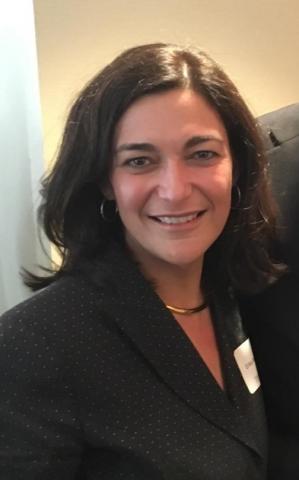 The chair wields significant power, and it remains to be seen if the new commission will be able to avoid the contentious issues that dogged the panel in 2011. Neuberg applauded the unanimous vote that made her chair, calling it a sign the panel will seek consensus.

“I truly view this as a collective vote of confidence in the legitimacy and independence of our process by all parties involved,” Neuberg said after being chosen. “And I have the greatest belief Republicans, Democrats and independents will be fairly represented and will have a voice in this process."

The redistricting commission was created by voters to limit political influence by the Legislature in redrawing congressional and legislative district maps. The process that follows each U.S. Census is politically important because redrawn district lines can limit how many legislative and U.S. House seats each party can realistically win.

The commission is designed to have five members — two Democrats, two Republicans and an independent who serves as chair. The partisan members are chosen by legislative leaders and the chair from a list created by a judicial appointment panel. The chair often acts as a tiebreaking vote.

Under the constitutional amendment approved by voters in 2000, the redistricting commission must consider population, voting rights, geographic features, communities of interest and competitiveness when drawing new districts.

Republicans generally liked the district maps drawn after the 2000 Census, and those done following the 2010 Census were regarded as more favorable to Democrats, prompting strong criticism from Republicans.

The 2001 and 2011 maps led to prolonged court challenges, including a 2015 U.S. Supreme Court decision that upheld Arizona voters' decision to strip the redistricting process from the Legislature.

Members chose Watchman as the vice chair. They agreed to meet again on Feb. 2 to start the process of hiring an executive director and begin considering mapping consultants.

The new maps should be in place for the 2022 elections, and Arizona is expected to gain a 10th U.S. House seat.

Jeremy Duda of the Arizona Mirror has been following the process of picking the commissioners for this panel, and he joined The Show to talk more about Neuberg.