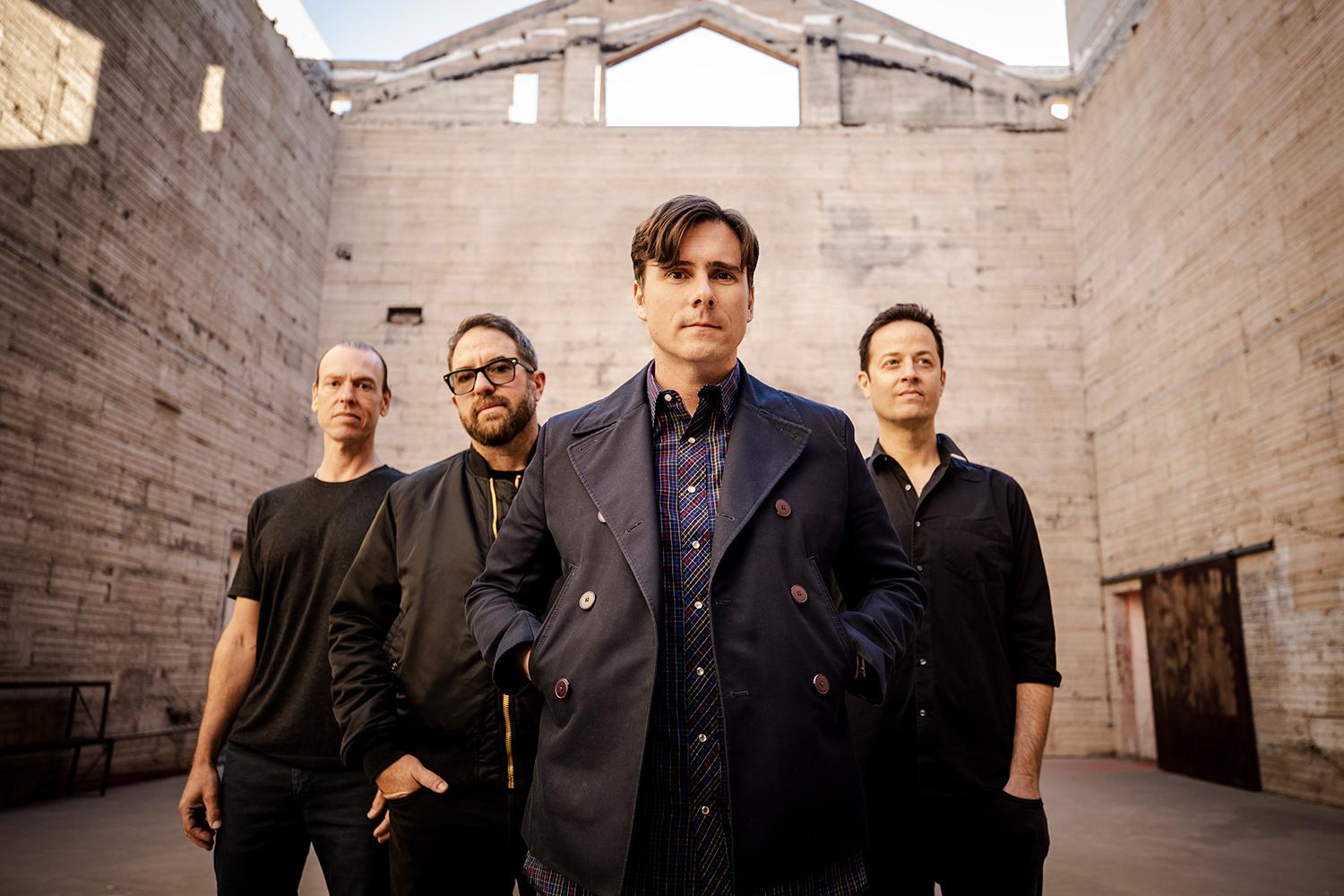 MARK BRODIE: There are few bands that have come out of Arizona that have made their mark on the national and international music scene quite like Mesa music heroes Jimmy Eat World. Since they broke out with their first big hit "The Middle" in the early 2000s, they've hit the charts countless times with 10 studio albums. But despite their success, lead singer Jim Adkins and the rest of the band still call the Valley home. And their latest endeavor highlights the city — it's even called "The Phoenix Sessions."

They start tonight with the first of three livestreaming events. In each, they'll perform an entire album, and a portion of the proceeds will go to the National Independent Venue Association's Emergency Relief Fund. The first album they'll play is their latest "Surviving." It's an important moment for the band because last spring they were about to start touring for the album when everything shut down. So they came up with a way to bring it to fans in a whole new way. Adkins spoke more about it with our co-host, Lauren Gilger.

JIM ADKINS: Basically, it opens up the door to some things that we've never been able to do before. Like, if you throw away the concept of this is, like, a stage show, then there are so many more options for what you can do with production, with lights, with projection. If it's not the typical band-vs.-audience setup that a stage show is, then you can do things that aren't constricted by that look. Like you can set up in a circle facing each other, and that's fine. So just opens up a lot of doors, and we wanted to take advantage of what we could. Where's the opportunity in this to do something beyond what we would normally do if we were making a, like a stage show concert film?

LAUREN GILGER: Right. You can rethink things, it sounds like.

GILGER: So you're doing three shows here, playing three full albums. Why did you decide to do it that way? Not play a traditional kind of concert, but play full albums?

ADKINS: I think if you're going to do anything and charge people for it, there needs to be a reason beyond like, it's just a show. Because there's so many — if you want to see us play a traditional set of music, there's days of that on YouTube. So what would be different? And performing albums was what we came up with would be different. Playing "Surviving" just made sense because even when we were performing those songs out live, we were only doing like four or five of them. The album just got released, and we didn't get a chance to play at very many shows. So this is something for fans that is cool because it's really the first time we're performing them for anybody.

GILGER: So let's talk a little bit about the experience of, you know, playing shows, which is so much of what you do as a musician and have done for so long now. I mean, how much do you miss it? Like, how much of a shock was this to the system that, nope, none of this is going to happen, and we don't know for how long?

ADKINS: It was more of a shock than I was willing to accept. At first, like, "Oh, this is OK. Yeah, yeah, cool. Yeah, I'll just do this other stuff. Fine. It's not a big deal." And then, somewhere about September I realized, "No, it's really not OK. This is not OK at all. You've been telling yourself it's OK and you've been kind of covering that up and now you're going to deal with it not being OK." And that was a really big moment. It really got to me — it got to me more than I was willing to admit to myself.

GILGER: Why is that? What was it about playing live that you miss so much? What kind of magic is not there?

ADKINS: I think it might have been just a bigger deal for me because we were getting ready to tour on a record that we had just put out. So as a musician, you're most excited about the thing you just did. And we were really excited about touring. It was sort of a heightened importance to go play and perform these songs because we just made this album. Just normally, I think it's important for me because it's something that we've just been doing for 25 years. Performing, touring, playing for people — I've sort of been institutionalized in it. You know, it's just sort of a part of your life. I love it. Even a song like "The Middle" that we've performed so many times — like almost every gig we do, we play "The Middle." But what I do is like before any gig, I just try to block out everything. Like whatever day you've had, whatever expectations you might have for the show itself, you just try to zero out where you've been and where you think you're going to go and just head out on stage and see what happens — let it unfold as it's going to happen. And that provides me with a way to connect with people and with the music that might not entirely be new, but it feels like a unique experience.

GILGER: So doing this, so doing these livestreaming shows. I mean, does that scratch the itch at all? Like getting together and putting together a show even in a new way — was that something that that helped fulfill that for you a little bit?

ADKINS: Yeah. It's sort of like hosting a big party. Everything's on you. It's a lot of planning. It's a lot of work, a lot of rehearsal. You don't know exactly how it's going to go until it goes. And when it's done, you're exhausted. But there's a deep sense of reward there. Like, you sort of overextend yourself on every front that you have. And when it's over, you're exhausted, but you can't wait to start the next thing.

ADKINS: So I want to end, Jim, with just a few questions about sort of the way the music industry has completely halted, changed, shifted because of this pandemic, maybe more so than most industries, because of obvious reasons. I wonder if you've thought about this through this process of being quarantined, being at home, not being able to do the thing you love, about kind of what this might mean for the music industry going forward. Do you think there are opportunities in that? Do you think it will be forever different?

ADKINS: I think the things that work will stick around. Its taught people to try to connect with fans in a way that was available before but not as often used. And I think like the idea of assembling a well-produced, great sounding concert film or a livestream — like, I don't know why you wouldn't keep doing that. It's super cool. When there is an option to go see people perform live, is that going to take away from that? Maybe. I mean, I could see a future where you have a place like Crescent Ballroom outfitting their club with a multi-cam setup that's available all the time anyway for anyone performing, and you just build that into your ticket price if you want to stream that.

GILGER: And I wonder also sort of personally for you, has this changed the way that you think about writing, about producing music? I know you've been working on a podcast, talking to a lot of songwriters about just this, right?

ADKINS: Right. Fundamentally, it's still the same. What's behind it all — the real problem solving of trying to get out of your own way but also direct your subconscious to build an idea is the same. I guess it's sort of taught me a lot about expectations and the pitfalls of not recognizing when you need to reset your expectations. And getting lost in what's been taken away from you instead of refocusing on what's now an opportunity.

GILGER: Alright. That is Jim Adkins of Jimmy Eat World joining us. Jim, thank you so much for coming on The Show. We really appreciate it. And best of luck.

ADKINS: Yes. Thanks a lot.