'Driven': How Big Tech And Automakers Coexist In The Autonomous Car Race 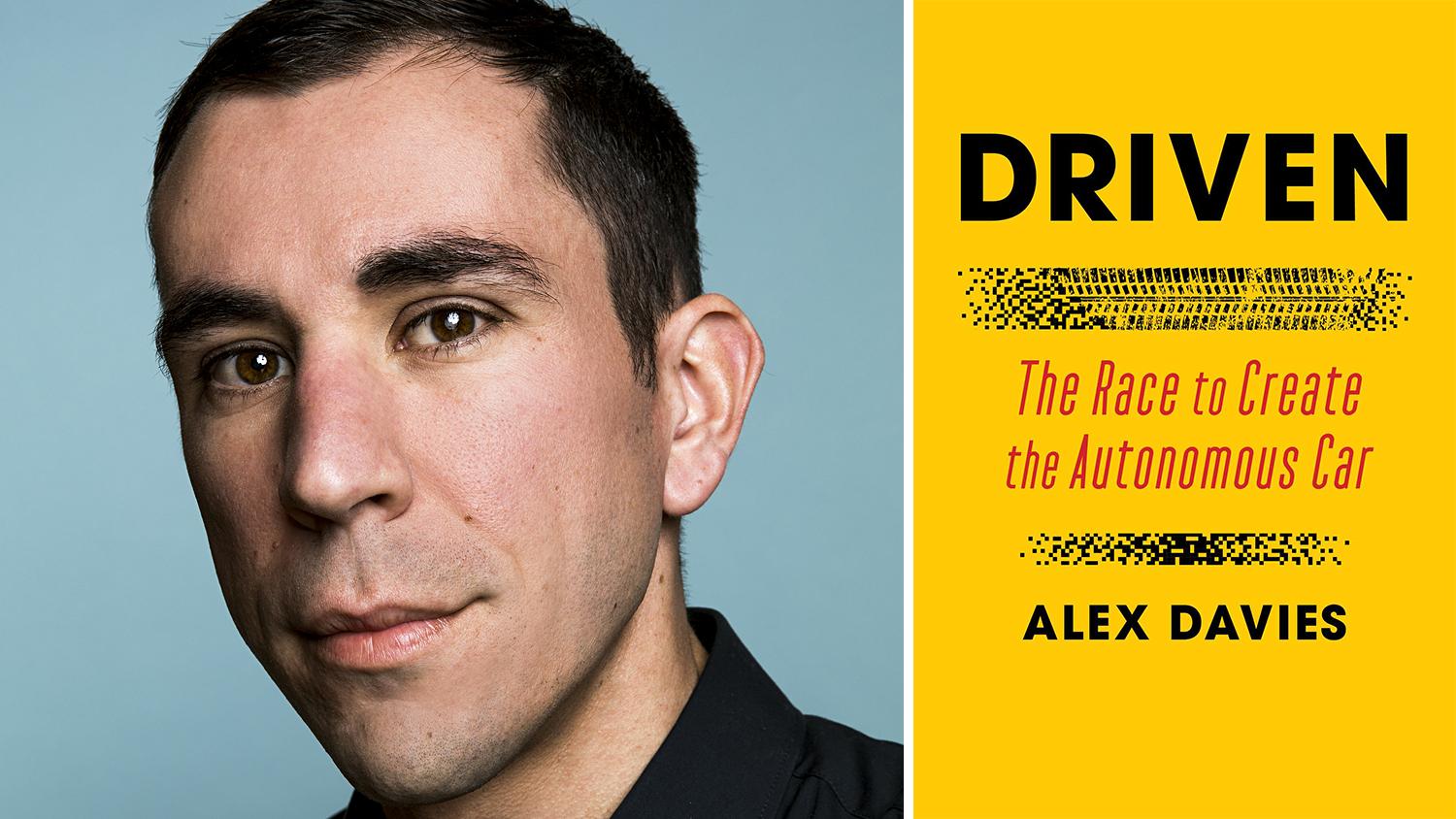 STEVE GOLDSTEIN: When the race to create the first autonomous car for public use began in earnest in 2004, it still seemed like a far-fetched idea to many. But a grand challenge issued by the Defense Advanced Research Projects Agency, or DARPA, drew so much interest that it was clear the competition was off and running. Nearly 17 years later, a number of high tech firms with familiar names like Google and Uber and the longtime stalwarts of the auto industry, like Ford, GM and Honda, have made it clear that wider use of autonomous cars is just around the corner — or maybe a few blocks away but really, really close. Alex Davies writes about the progress of the past two decades, including Arizona's role in the new book "Driven: [The Race to Create the Autonomous Car]." And he's with me to talk about it. Alex, how did big tech and the major automakers co-exist in the autonomous car business as it was being developed?

ALEX DAVIES: You know, one thing I tried to figure out in this story is exactly where they can meet. Or really, I started by asking, "Well, who has the right approach?" Because at certain times in this story, it felt like very much a competition between the two. There was Silicon Valley companies like Google and Uber saying, "No, the way the auto industry is doing it is totally wrong. They're totally set in their old ways. And people don't want to own cars, and they don't want to drive their own cars. So really what we've got is the proper way forward." And then you've got the Detroit automakers kind of trying to figure out how true that is, whether these are just fads or whether all the prognostication about the demise of the personally-owned automobile is overblown. And I think the real answer is that they've actually got to meet somewhere in the middle — probably not literally geographically in the middle between them. But I think that the companies that have had the most success are the Silicon Valley-based tech companies that have started to work with the automakers. And you're seeing a lot of those partnerships and figuring out how they can actually blend their skill sets. And the first example that comes to mind is a company like Argo AI, which is based in Pittsburgh and in Palo Alto. They're working very closely with Ford and with Volkswagen. General Motors is working closely with a company called Cruise, and Honda is also part of that. Waymo, which is the offshoot of Google's self-driving car project, has a deal with Fiat Chrysler. And that's because you do need all of this technology in these cars. And it really is the software skills and the hardware skills of the tech companies that give them the ability to drive themselves, but when it comes to actually building cars — which is still really hard — you need the automakers to play that role.

GOLDSTEIN: So forgive me in advance for throwing the word "hubris" in this early in the conversation, but I'm really curious about the, when we think about Waymo, Uber, Lyft — when we have these tech startups that are trying to change the world in a dramatic way, do they have to approach it in a way that is in any sense realistic? And that's why I bring in hubris. Was sort of like, "We're going to change the world and this is how we do it?" I almost want to ask you, were the right people in these positions to try to do this?

DAVIES: It's hard to say whether or not they were the right people because they were the right people, certainly, to put forward the technology and get it to a point where you could even ask that question of were they going too far. I think what we've seen in the world of autonomous technology before this particular group of people came up and really pulled it along at places like Google and Uber, was that the technology just never made any really big leaps forward. It never was treated very seriously or was taken far beyond a university laboratory. So I don't think we would be here without that group of people. But certainly I think hubris comes into play. And I think that Silicon Valley people — and folks are often guilty of that, of thinking that all of the ways that things have been done up until now have to be disrupted, that they're, that they're no good, that whatever the new idea is, it has to be the best idea. But I think you also see hubris on the part of the automakers, especially in the early years when you had representatives from Google's self-driving car going to Detroit, going to automakers in Munich and saying, "We're working on this technology, we'd love to work together, how can we do it?" And they basically got laughed out of the room because the automakers, who have been kind of on top of the manufacturing world for the better part of a century are saying, like, "Who are you? We don't need you. We know what we're doing and our way is the way forward." So there's certainly hubris on both sides here.

GOLDSTEIN: Right where I am, we would see the autonomous vehicles driving around in this East Valley area. I'm in Tempe. How much of a difference did the the tragic death with the Uber test vehicle when it killed a woman in Tempe — how much of an impact did that have on further steps the companies were taking?

DAVIES: The immediate impact, I think, hit Uber directly. So [Gov.] Doug Ducey, who had welcomed Uber to test in the state a few years earlier, essentially kicked them out. And Uber, reasonably, shut down its testing program for a long time and actually ended up just a couple of weeks ago scrapping the effort and selling it off to another competitor. That program was never very successful to begin with and had all of these safety problems that I think contributed to that deadly crash when it killed Elaine Herzberg while she was crossing the street. The impact on the other companies actually wasn't that broadly felt. I think they all moved very quickly to insist that their safety standards and technology were better than Uber's. Waymo, which are the cars that do the most of the driving around Tempe and around Chandler, kept going. It said, "Look, that's Uber. Our cars are much better, and we have better safety standards." And so they moved on ahead. I do think it gave the public a bit of pause, and there was certainly a lot of news around this. It was the first deadly crash involving a fully autonomous vehicle. And more than that, like, the fact that it killed someone who had nothing to do with the technology — a woman who is just crossing the street — like this technology, it took her life and not like — it would be bad if it took anyone's life, but someone who wasn't involved with it at all, I think really gave people pause and really raised questions about this technology, but it didn't stop its development.

GOLDSTEIN: How close are we to realizing autonomous vehicles actually having a direct impact on our lives? And I mean, with people there — not necessarily delivering our groceries, but actually with those of us sitting in the backseat, getting work done, playing a game, whatever it may be.

DAVIES: Yeah, well, I mean, it depends on where you are. If you're in, if you're in the Phoenix area that that, day is today, right? It's here right now if you're a member of Waymo's ride-hail program. I think it'll be years and years before that's widespread across the United States. And I think the day where you own your own autonomous vehicle and it's parked in your driveway and it can take you anywhere, any time is probably decades away just because the scale of the problem is so big. But depending on where you live, it could be right now.

GOLDSTEIN: That is Alex Davies. He is the author of the book "Driven: The Race to Create the Autonomous Car." Alex, thanks so much for the time today. We appreciate it. And safe driving.

DAVIES: Yeah, thanks, Steve. Thanks for having me on.