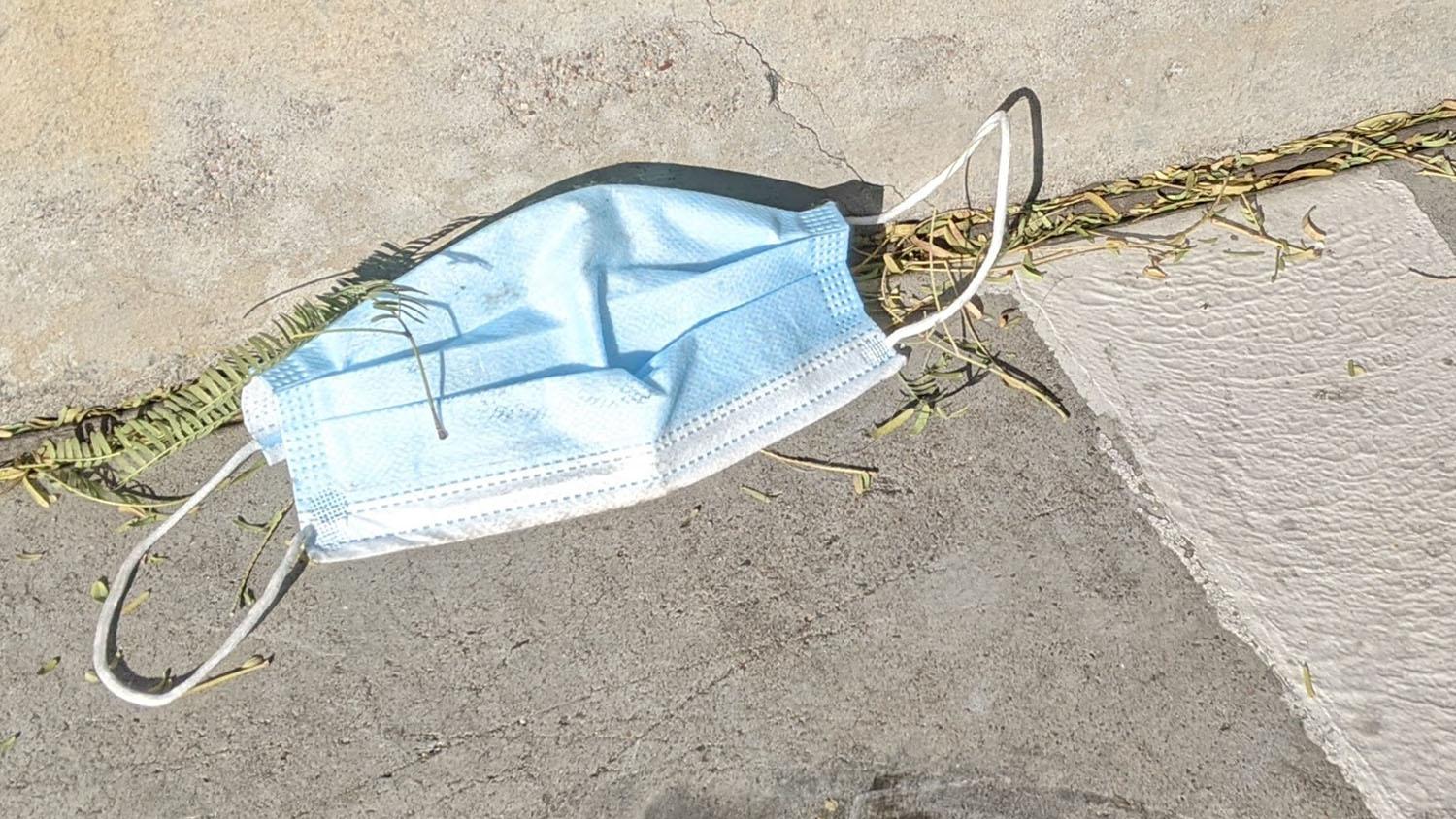 Sky Schaudt/KJZZ
A discarded face mask in the parking lot of a business in Phoenix.

No individuals in the Phoenix metropolitan area’s 12 largest cities have been cited for violating mask mandates.

The laws, which have been in place for six months to halt the spread of the coronavirus pandemic, have not been cited at all by Tucson and Flagstaff law enforcement.

The Phoenix area police and the Maricopa County Sheriff’s Office have cited or referred fewer than 75 businesses out of more than 3,500 total complaints, according to the Associated Press.

The city of Scottsdale has cited the most businesses, followed by Tempe and Phoenix. Avondale, Buckeye, Glendale, Goodyear, Peoria and Surprise have also not cited any person or business for violating mandates.

The Arizona Division of Occupational Safety and Health has received more than 400 complaints related to workplace safety as a result of potential violations of state orders, but the agency has not cited any employers to date as of Monday.

Meanwhile, the state has among the highest rates of coronavirus cases in the country and some Phoenix metro hospitals have begun to refuse emergency transports.

The most common complaints regarding violations of public health orders involved businesses that remained open during the spring stay-at-home order and summer closures or not properly following reopening guidelines. Other complaints were related to overcrowded businesses and large gatherings at homes and businesses, according to police data.

Law enforcement responded to most complaints by calling the business owners to remind them about the rules. Few of the calls led to more than a warning, city and police officials reported.

Three cities have issued 20 citations in total. Some citations are working their way through city courts while others were dismissed.

Law enforcement referred about 25 additional cases to city prosecutors to determine if formal charges were warranted or to the Maricopa County Justice Court for prosecution.

City and police officials forwarded an additional 24 complaints to the state liquor department or to state health department investigators.

Scottsdale has provided the most enforcement, with 10 citations, 14 referrals and 65 departmental reports that could lead to filing charges, according to the city.

Tempe gave six citations to businesses that remained opened when they were supposed to be closed and forwarded 22 total reports to the liquor department or the Arizona Department of Health Services, according to the city.

Phoenix officers issued four total citations to businesses that stayed open during closure orders, law enforcement said. Chandler said it forwarded 12 violations to the city prosecutor for review and prosecutors will advance charges on four of the cases, according to the city.

Avondale, Buckeye, Glendale, Goodyear, Peoria and Surprise have cited no individual or business and have not forwarded any complaints for further investigation or prosecution, the AP reported.

The Maricopa County Sheriff’s Office said it has received 352 complaints for public health order violations. It said 29 reports were taken and one citation was issued. The office has not issued any citations for failure to use a mask.