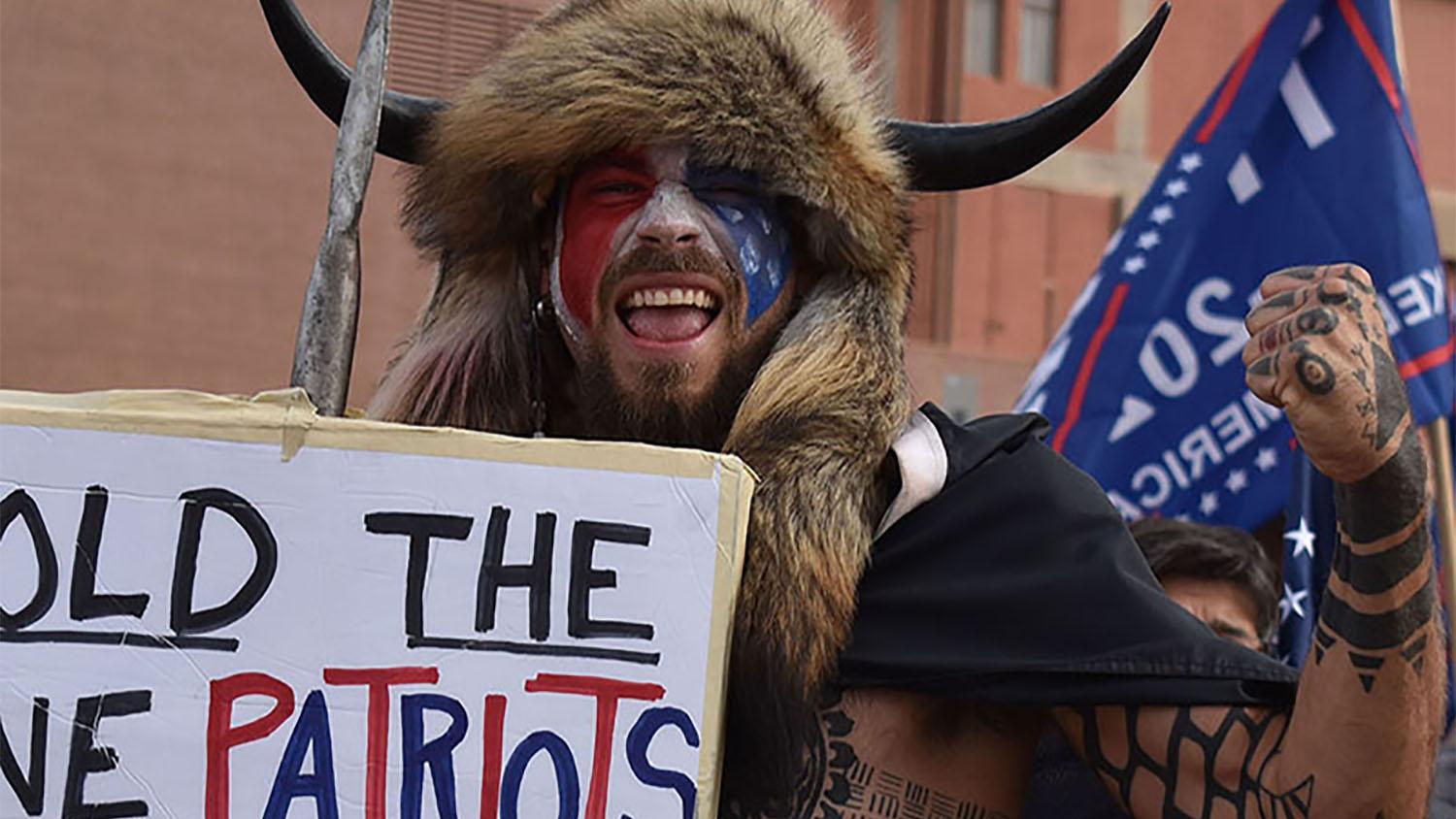 Federal authorities say an Arizona man has been charged in connection with the violent and destructive insurrection at the U.S. Capitol this week.

Photos showed him in costume during the deadly chaos, carrying a spear with an American flag.

Federal authorities say the real name of the man known as “Jake Angeli” or “Q Shaman” is Jacob Anthony Chansley. The QAnon supporter is now in law enforcement custody, and he’s accused of crimes like violent entry and disorderly conduct on Capitol grounds.

Court records say Chansley called the FBI the day after taking part in the mob that forced lawmakers into hiding.

Chansley reportedly admitted that he was the man seen with face paint and a headdress, in the vice president’s chair in the Senate. He reportedly also said he went to Washington, D.C., with other people from Arizona at the request of President Trump.