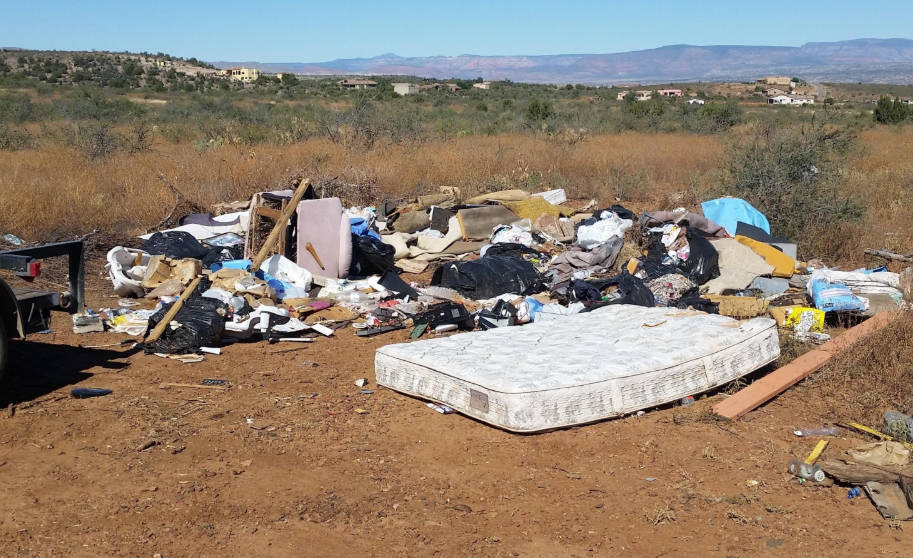 A listener and outdoor enthusiast asked through KJZZ's Q&AZ project whether a camping ban in parts of Prescott National Forest would totally block camping this summer as sites fill up quickly.

Since 2018, a 15-mile stretch of National Forest land along Highway 260 from Cottonwood to Camp Verde has been off-limits to dispersed camping, which is any camping outside of designated campgrounds where there are no garbage or restroom facilities provided by the Forest Service.

Rangers extended the ban another two years as of Jan. 7. Camping is typically allowed up to 14 days on Forest Service lands, but Prescott National Forest Ranger Todd Willard said many campers were chronically overstaying that limit along this stretch of highway.

Cottonwood Police responded to 226 complaints about trash, drugs and other issues in 2017, prompting the closure, Willard said.

“It was extraordinary what we saw there. I mean, we had vehicles, I mean, it looked like a used car lot on one side of the road. All these vehicles were for sale, and this is on forest system lands," Willard said.

Forest officials removed 8,500 pounds of trash from the area between 2018 and 2019, a spokesperson previously told KJZZ.

"There were, and are, very responsible users out there, and it's just unfortunate that they're being affected by this temporary closure as well. But based on what we'd experienced over the years, we just had very few choices to move ahead," Willard said. "We really thought long and hard before even attempting this, but it appears that the ground is in much better shape. Folks are using it again, and it appears to be healing."

Over the next two years, the district will be analyzing current dispersed camping corridors, areas of overuse and look at the long-term management of these areas. This process will provide opportunity for public involvement and input.

Dispersed camping is still allowed in other parts of Prescott National Forest, outside of the restricted areas shown in the map below. The forest’s 11 campgrounds remain open, but campers may want to book well in advance as Willard said demand has been up through the COVID-19 pandemic.