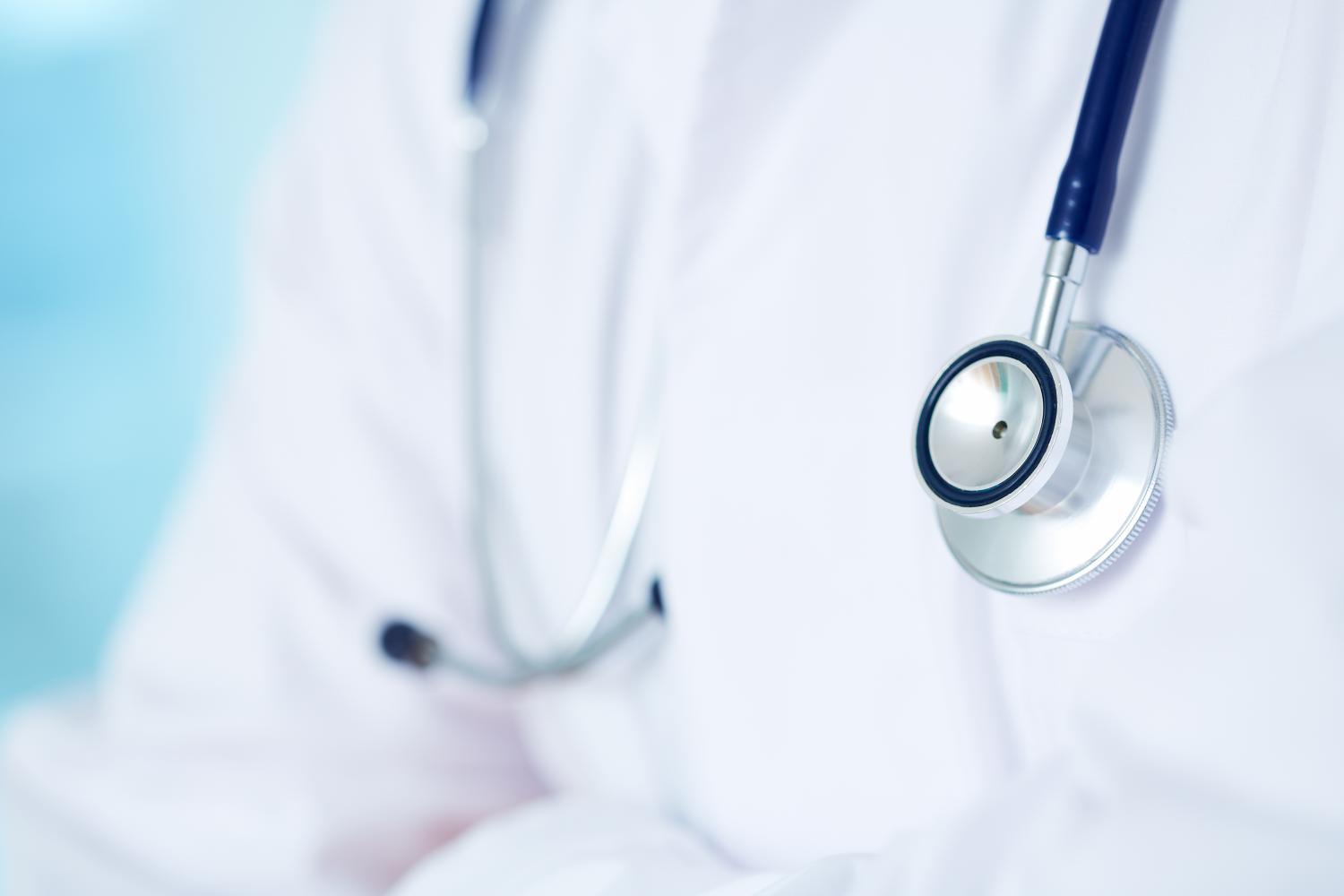 Storyblocks
The longstanding gaps in public health, health care delivery and health insurance systems that worsened COVID-19's impact remain — and could leave the U.S. vulnerable to the next pandemic.

The halting progress of coronavirus vaccines has injected a few CCs of hope into the pandemic's ongoing awfulness. But the same longstanding gaps in public health, health care delivery and health insurance systems that worsened COVID-19's impact remain — and could leave the U.S. vulnerable to the next pandemic.

Part 1: Holes In The Dike

When a pandemic floods American shores, the U.S. relies on scientific experts and public health officials to work the proverbial pumps and fill the figurative sandbags. That goes double for those who live, learn, work and play in the nation's vulnerable socioeconomic lowlands.

So what happens to those bulwarks after decades of fiscal undermining and neglect?

"1,600 government scientists have left positions since January of 2017. That was actually before the pandemic started. We probably have more now," said Dr. David Himmelstein, an urban public health expert at The City University of New York.

Those losses include a 2017 Centers for Disease Control and Prevention hiring freeze and the gutting of the country's chief pandemic response agency, the Directorate for Global Health Security and Biodefense. Meanwhile, the U.S.'s comparatively paltry public health support — the country allocates less than 2.5% of its health budget to public health — contributed to 50,000 workers leaving that sector between 2008 and 2016.

"The frontline personnel who do the work that's so essential in a pandemic, that workforce has shrunken substantially," said Himmelstein.

Those agencies work with states, local jurisdictions and territories to prepare for public health emergencies.

"Funding that we use at a national level to prepare for pandemics and other sorts of disease outbreaks – it has actually decreased," said Johnson.

That's a problem for Arizona, where state and county health departments draw most of their funds from federal grants.

Arizona consistently ranks near the bottom in public health spending.

"The reliable public health funding that we have is virtually all voter initiative money, whether it's through lottery funds or other sources," said Humble.

The state receives substantial federal funds, but federal agencies earmark those dollars for specific uses, such as the Special Supplemental Nutrition Program for Women, Infants and Children (WIC) or the Title V Maternal and Child Health Services Block Grant Program.

"This is the pattern I've seen over the years, where a whole just truckload of money comes in for a single event, and then it dries up as soon as that ends," said Humble.

"It doesn't allow you to build the long-term infrastructure that you really need to be a world-class public health system."

With public funds lacking or locked-in for specific programs, the burden of response shifts to private health care, which is ill-suited to the task.

"Our health care system is poorly designed for pandemic response. It's highly fragmented, and we don't have a strong central organization," said Katherine Hempstead, a senior policy adviser at the Robert Wood Johnson Foundation.

"Our system didn't create the right kind of demand to create the supply that we really needed because we didn't have the payment mechanism for it. And this stems from the underlying structural problems with our system," she said.

Humble says having 50 different states acting as 50 different laboratories can promote innovation and experimentation, but adds that such systems fail when faced with a national crisis because they lack central organization and hierarchy.

"We've had a health care system focused on profitable and often not very necessary medical care," he said.

As the pandemic delays non-emergency surgeries, it squeezes such facilities — and strangles nursing homes, which rely on short-term surgical recovery patients to say afloat.

"They tend to make money on patients that are there for short periods of time after surgery, and then they lose money on their Medicaid-funded patients, usually that are sort of there for the duration," said Hempstead. "This is a real black eye for us, the way that COVID has played out in nursing homes."

Aid From The ACA

The ACA seeks to fix some such problems by incentivizing "value over volume" — tying payment not to procedures but to longer-term health outcomes. It's been slow to catch on. 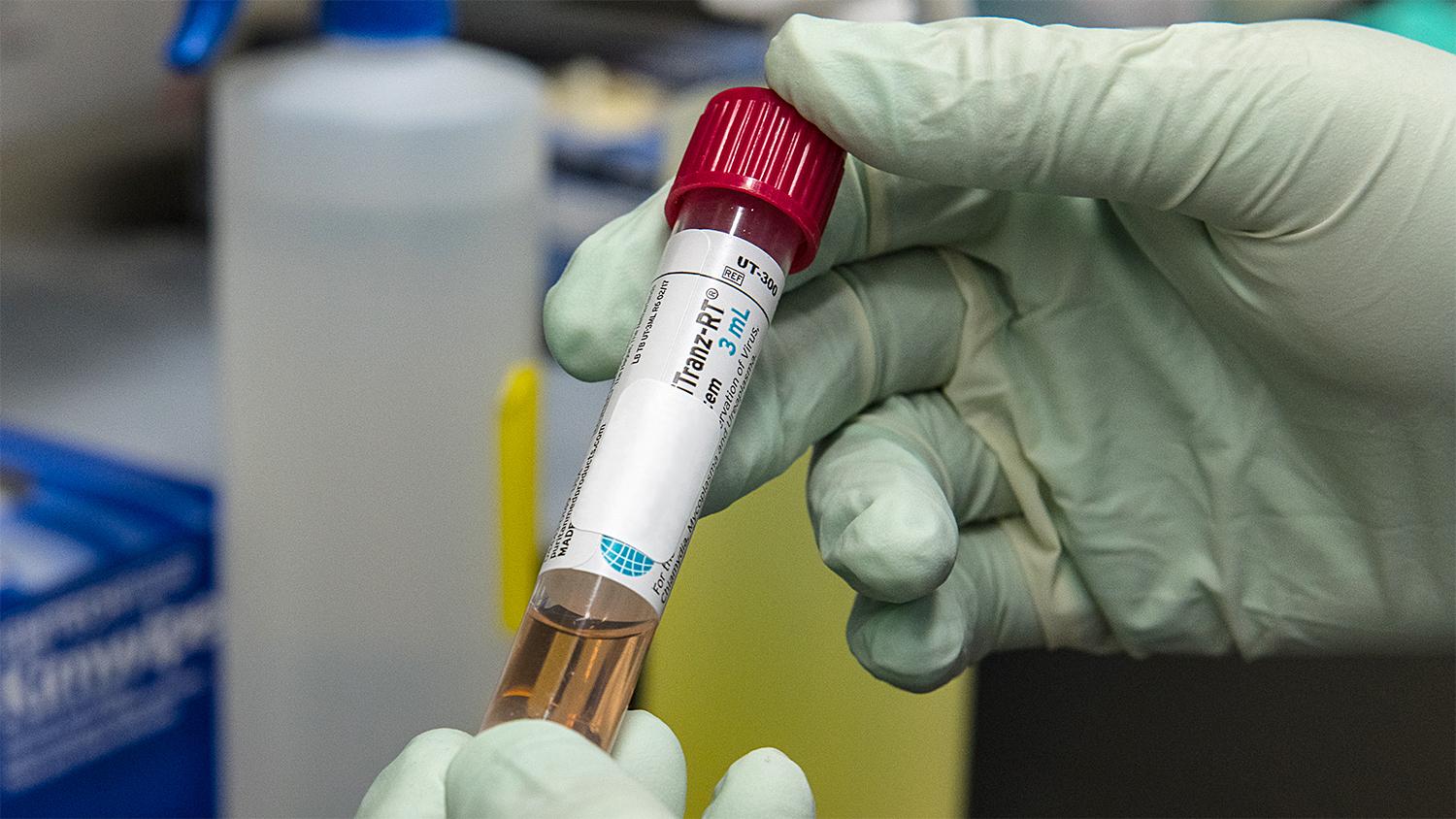 James Gathany/CDC
A patient’s sample to be tested for coronavirus.

"It makes complete logical sense that we should finance a health care system based on how much health it produces and not just how much care it provides," said Johnson.

But Johnson explained the philosophical shift has laid the groundwork for health care systems to partner with one another, and with public health, in new ways.

"In Maricopa County, many of the large health care systems work with the local Maricopa County public health department to think about assessing and addressing community needs collectively," he said.

And that mindset and framework may actually have helped COVID-19 response.

"That infrastructure — that is still pretty new — is helping to bridge partnerships across health care partners and between public health and health care during the pandemic," said Johnson.

Nevertheless, fragmentation persists. And as long as people cannot afford health care, and cannot risk taking time off to quarantine or tend to loved ones, the U.S. will likely remain vulnerable to the present pandemic — and those yet to come.

But those vulnerabilities did not begin with the invasions of a virus.

Part 2: Leaks In The Lifeboats

Long before COVID-19 made its way from a Chinese capital on the Yangtze River to American shores, the U.S. was sliding into a decades-long health slump. While the proportion of Americans with diabetes has ramped up, the percentage of controlled high blood pressure cases has fallen.

"All of these deteriorating health status measures really set us up for vulnerability to COVID," said Himmelstein.

According Himmelstein, 40 million Americans at risk for severe coronavirus due to preexisting conditions live with or teach school children. And many of the roughly 30 million people who cannot pay for health care provide essential frontline services. 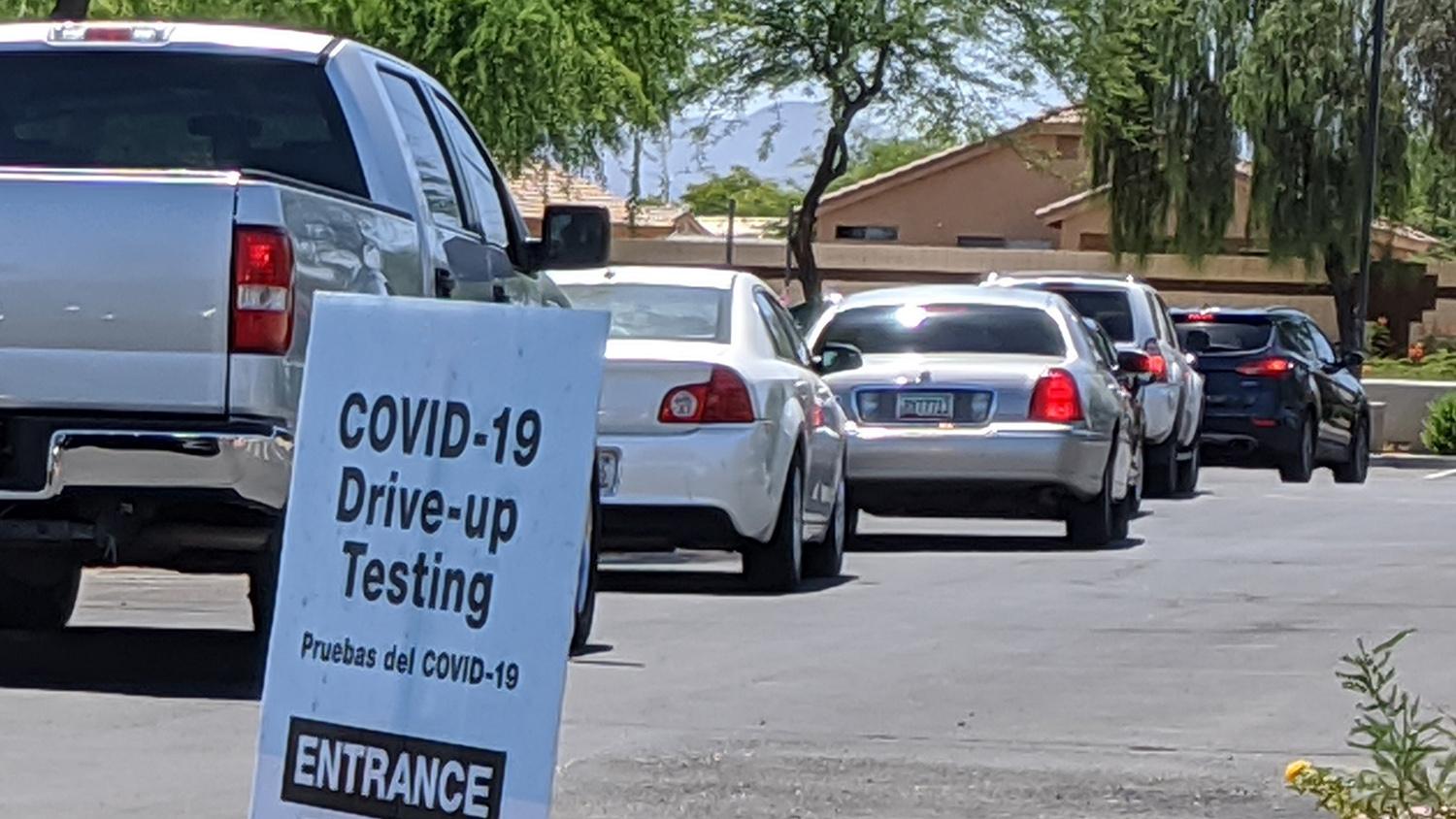 "About 3% at hospitals, eleven-and-a-half percent of nursing home workers and about 15% of all home care workers," Himmelstein said.

Clearly, testing and treating such people would benefit the public good. But that's easier said than done. Indeed, Hempstead calls testing "the perfect storm for everything that's wrong with our system."

"It was a Bermuda Triangle where there was no fix for the problem of many, many people needing to be tested," she said.

In other words, to respond to the crisis, they had to toss out their own rulebooks.

"That's sort of a wakeup call that the system isn't very well equipped to handle this," said Hempstead.

Case in point: The difficulties Americans faced early on in seeking out and paying for testing. Even after officials mandated free testing, some patients continued to receive bills.

The problem sprang from medical coding and invoicing problems, a desire by insurers not to absorb the costs, and a flock of opportunistic out-of-network labs that charged exorbitant rates. In one egregious case reported by the New York Times, providers charged more than $1,000 per test. 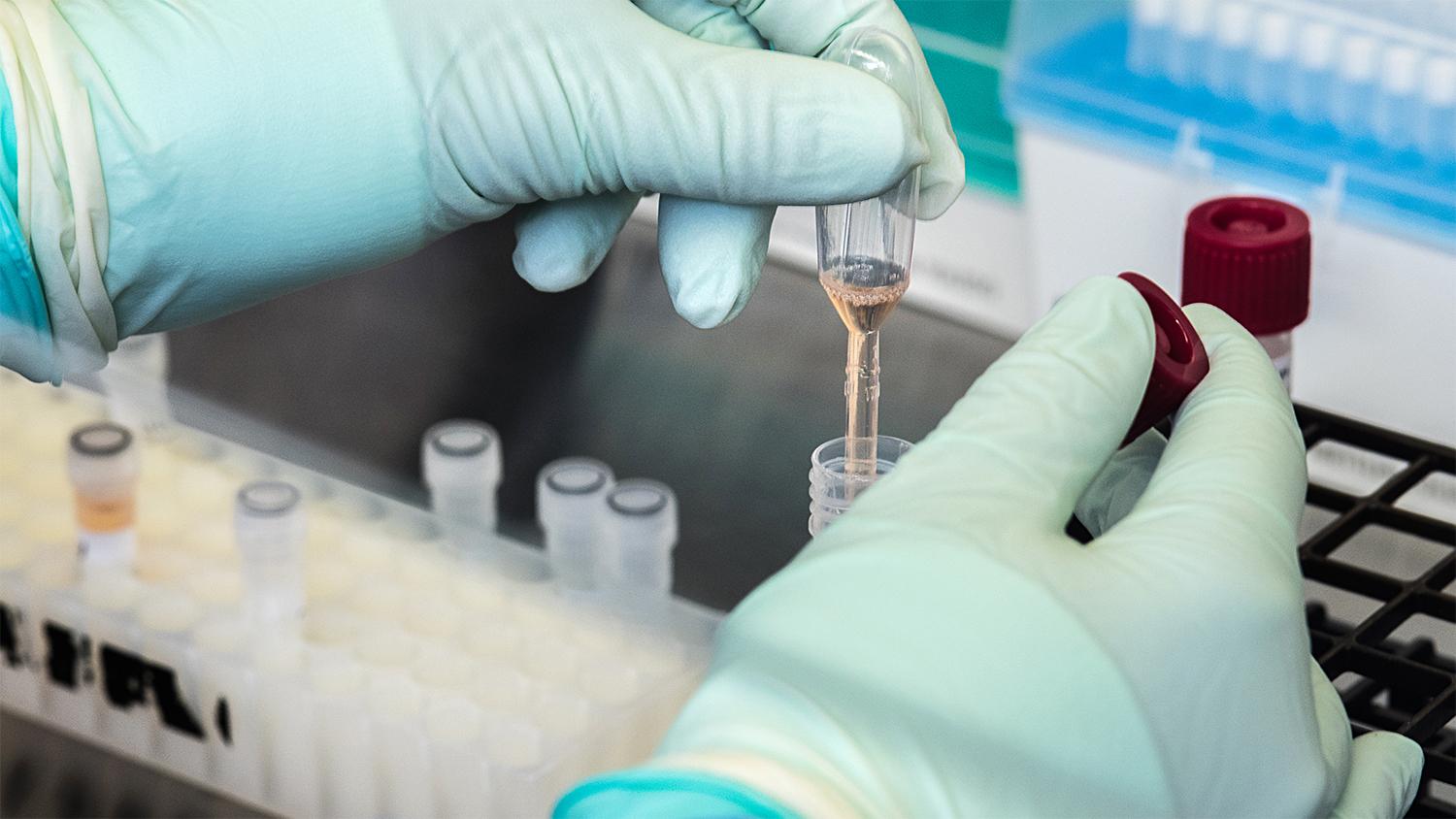 James Gathany/CDC
A CDC scientist prepares to test a patient’s sample for coronavirus.

Hempstead said such predatory practices were facilitated by the fragmentation and confusion that have ruled the day for much of the pandemic.

"This provider was really helped a lot by the municipal government in these places in Connecticut, because they were really just at a loss. They had no idea how they could scale up testing," Hempstead said.

The impacts of overcharging and underfunding were not equally distributed or felt, however.

"It's no surprise people that don't mind spending $130 at an urgent care clinic are going to go out and get tested much more than people that are lower income that are maybe not insured," said Hempstead.

In other words, those extra expenses reinforced a social and fiscal divide that benefited COVID-19's spread.

Conversely, a persistent public health infrastructure and stronger public-private partnerships might have supported more widespread testing and, with it, better contact tracing, as Hempstead explained.

"The fact that we don't have a good national testing strategy makes it very hard to have contact tracing that works," she said.

Those shortfalls stem from the patchy U.S. health care system. Unless or until that changes — and it's a tall order — some experts say the White House must take up the slack by leveraging its emergency and wartime powers. President Trump has reached for some of those levers, and President-Elect Biden likely will as well.

"That's how you, in part, compensate for the structural problems in our status quo health care system in responding to something like this," said Hempstead.

Whatever the new year brings, it appears some changes are here to stay.

Humble says the pandemic in many ways "forced the hand" of state agencies, driving them "to experiment with things that they normally wouldn't have."

"Reimbursement for telemedicine has been really popular throughout the entire system, including patients, but also providers. And I think the managed care organizations see that it's valuable from a cost perspective as well," he said.

Longer term, a more substantial investment in public health, emergency and response systems could better prepare the nation to monitor and react to future threats.

There's room for improvement in private health care and insurance, too.

"If we redesigned our health insurance system from scratch today, it would look nothing like the system that we have right now," said Johnson.

"If we redesigned our health insurance system from scratch today, it would look nothing like the system that we have right now."
— Marcus Johnson, Vitalyst Health Foundation

For anyone trying to figure out how to pay for testing and treatment during a national health crisis, the mix of Medicaid, Medicare, short-term plans and indemnity plans poses a daunting challenge. But the link in the U.S. between insurance and employment further complicates matters because it means a pandemic that tanks the economy and puts millions out of work also strains the unemployment insurance system.

Johnson doesn't advocate for a government-run universal coverage system. But he does think the government can adjust the present system to ensure people who lose their jobs can still get coverage.

Whatever shakes out, making significant reforms — and maintaining readiness for whatever health crisis comes next — will require overcoming another human failing: short memories.

"We can't forget how widespread and consequential this public health threat has been to every aspect of our lives. So hopefully we can find a way to invest in public health infrastructure and emergency preparedness," said Johnson.

Almost 18 years ago, a quickly contained epidemic caused by the first SARS virus burned itself out, taking with it the urgency that drove related vaccine research and health reform. Today, its stubborn cousin refuses to leave.

Only time will tell if the health and policy structures put in place to cope with COVID-19 will show similar staying power.