Police Say Arizona Man Is A Person Of Interest In Storming Of U.S. Capitol

Washington, D.C., Metropolitan Police have identified an Arizona man as a person of interest in the storming of the U.S. Capitol by pro-Trump supporters.

Jake Angeli is a known QAnon supporter. He's also known as "Q Shaman," because he shows up to public events shirtless, in a fur hat with Viking horns, his face painted red, white and blue.

QAnon is a baseless belief, born on the internet, that Trump has been secretly fighting deep state enemies and a cabal of Satan-worshipping cannibals operating a child sex-trafficking ring.

News photographs and social media posts showed Angeli inside the Capitol on Wednesday in full costume, carrying a spear with an American flag.

Jack Bratich is a journalism professor at Rutgers University. He says that QAnon was a driving force behind the protest. Dozens of QAnon social media accounts spent the days leading up to the D.C. rally hyping up Jan. 6, expressing hope that the election results would be overturned.

"I think what QAnon gave protesters is a kind of a mission, a fanaticism, a belief that they’re working for a kind of crusade, for an apocalyptic crusade," Bratich said.

Police have posted photos of dozens of protesters following the Capitol invasion. 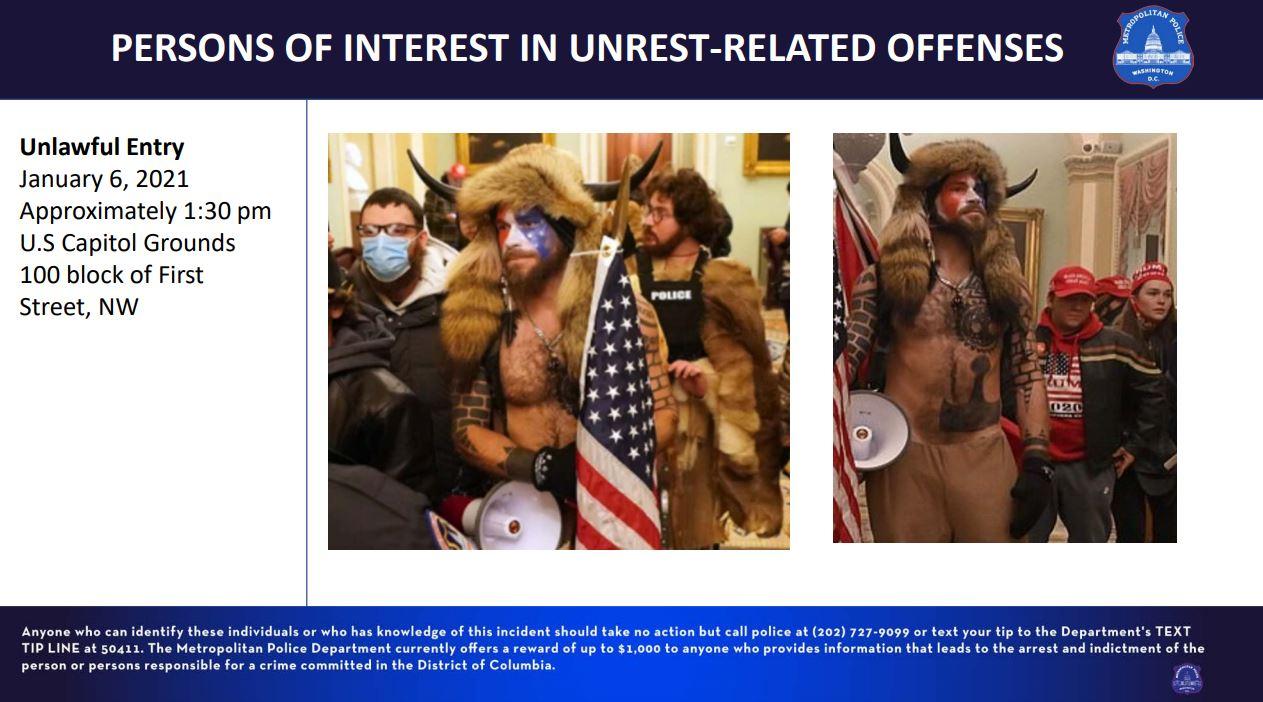