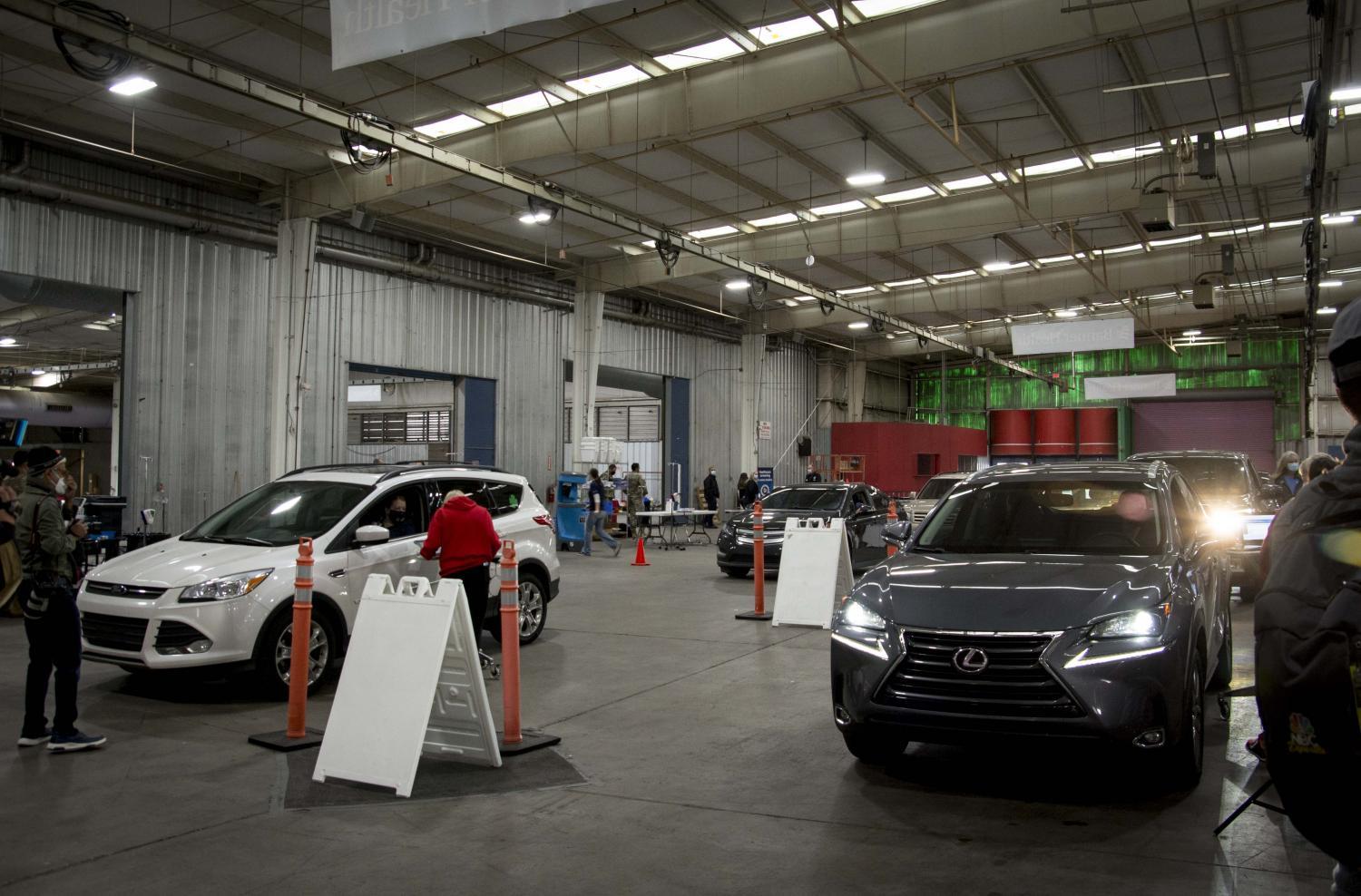 Katherine Davis-Young/KJZZ
Cars pull into the vaccination site at the Arizona State Fairgrounds on the first day of a mass vaccination campaign on Dec. 17, 2020.

Maricopa County officials attribute challenges it faced earlier in its vaccine rollout to the state's own vaccine management system.

Many people reported to the county that the system never sent them an email to schedule their vaccine appointments and others that did receive one were directed to areas outside of the county, Maricopa officials said in email to the Arizona Department of Health Services.

The system was procured late into the planning process and was handed over to Maricopa County for operational use two days before it launched its SE and SW vaccine sites, they said.

The county said the following issues with the Department of Health Services vaccine management system (VMS) have dramatically slowed down its vaccine operations:

Most of the issues have been resolved and the county's vaccine sites have been running at full capacity this week, Maricopa public health officials said.

The state’s vaccine management system, which was developed and tested in concert with local partners, is and has been functioning properly, ADHS said in a statement to KJZZ. It has been used without issues in most counties.

"We have worked closely with Maricopa County to address an interoperability issue between the county’s prescreening tool and the statewide vaccine management system," ADHS said. "We look forward to the benefits this advance will have for the pace and convenience of COVID-19 vaccination."

Banner and Honor were not comfortable in using a new vaccine management system for such a big task and asked to use their own systems, the county said in its email to ADHS. This required Maricopa to build a county-wide system using three vaccine management systems simultaneously. This also made it necessary to utilize one prescreening tool that allowed for equity across the county.

Banner and Honor are using the county's screening tool and have had limited problems with scheduling appointments for health care workers.