Q&AZ: How Did Mesa's Power Road Get its Name? 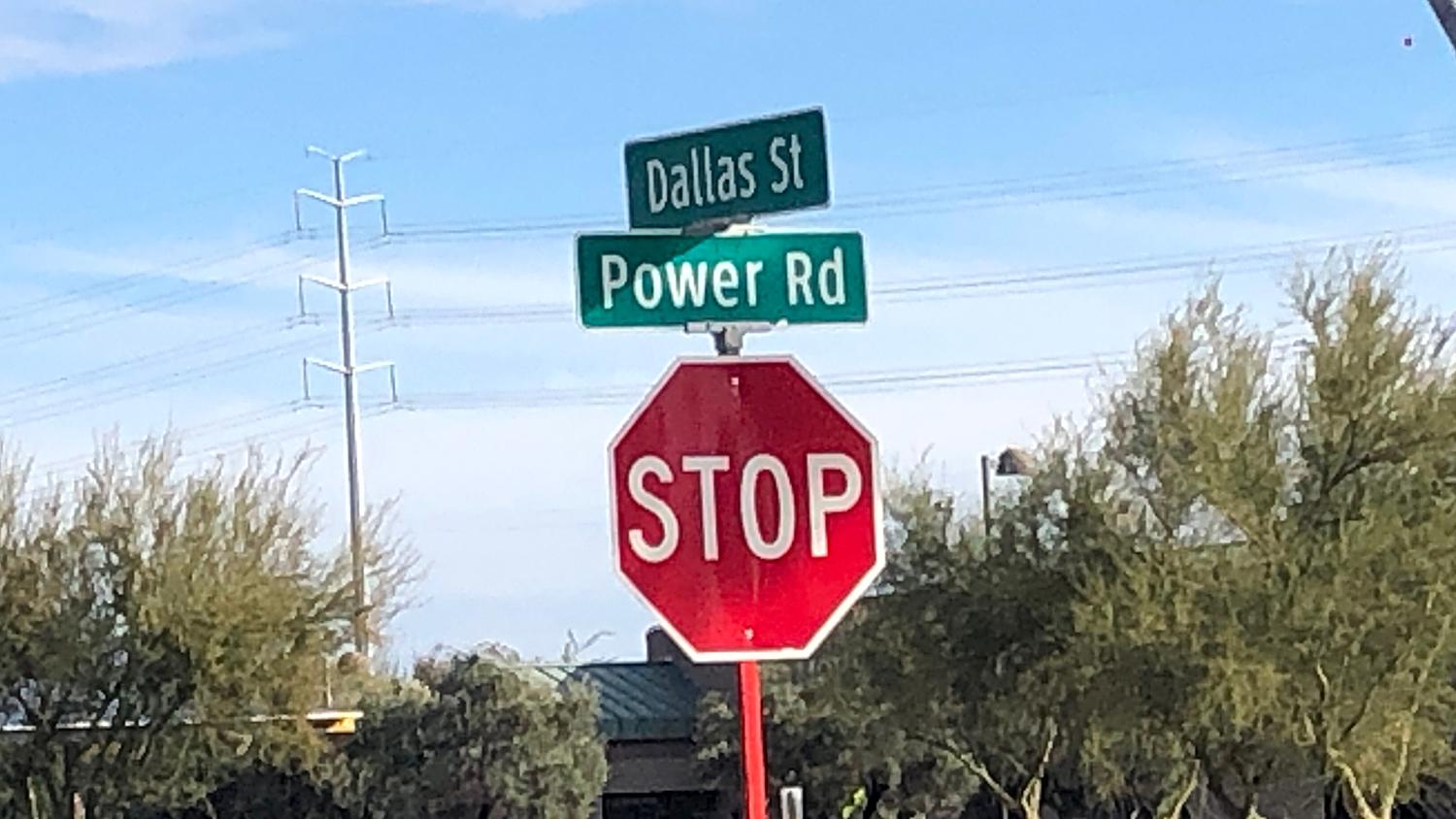 Alana Peralez
A stop sign on a street intersecting Power Road in Mesa.

Through our Q&AZ reporting project, one listener asked: how did Power Road get its name?

Mesa’s Power Road is one of the longest thoroughfares in the city, and has roots in a ranch started in the 1800s.

In 1892, James and Sarah Power settled in Lehi, near present-day Gilbert. They bought 2,000 acres of farmland in Higley, where they raised cattle and farmed crops like cotton and fruit.

The main ranch was near Williams Air Force Base, the predecessor to Phoenix-Mesa Gateway Airport. A road that ran through the ranch was named Power Road in the 1920s.

Most of the land was eventually sold to developers after nearly 100 years of operation, and Power Road became what it is today.