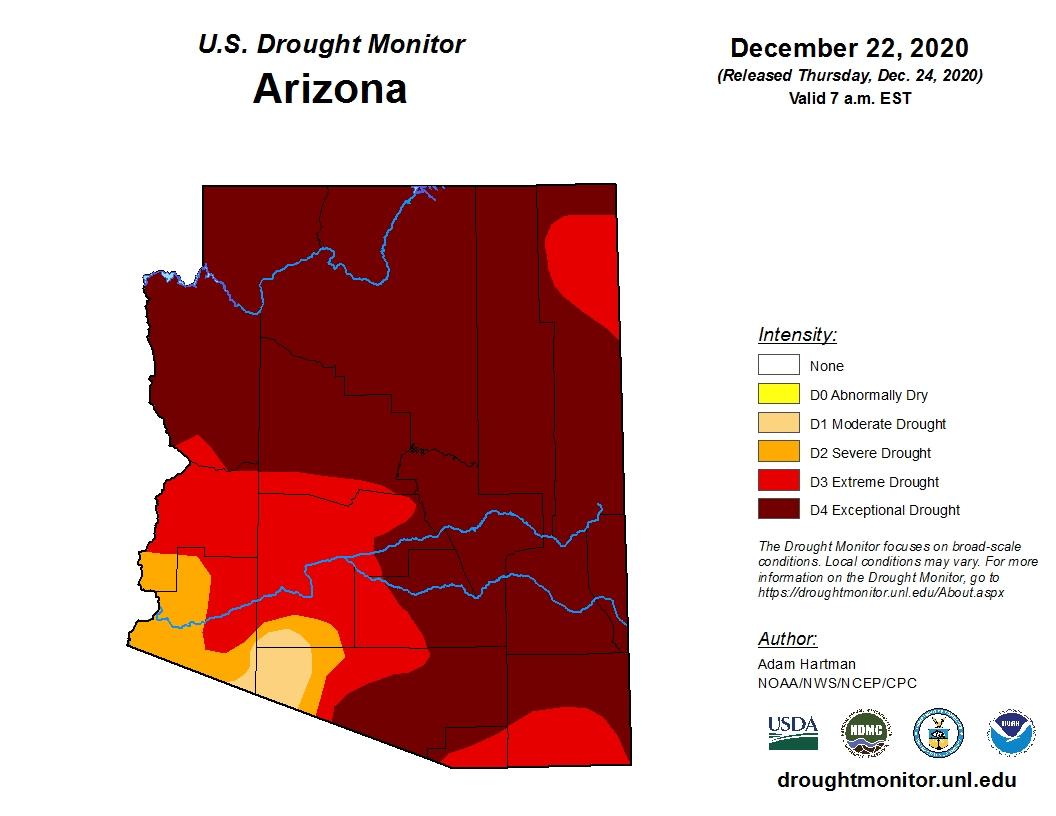 This year brought the hottest and driest summer in history to Arizona. That left the entire state in a drought, but the largest water supplier to the Phoenix area says its reservoirs are still in good shape.

Salt River Project, which brings water to most of the Phoenix area, reports its water storage is actually higher than it was a year ago.

“Last winter was a wet winter and the previous three out of four winters had been wet winters," said Bo Svoma, a meteorologist for SRP, "Precipitation in the winter is much more effective at generating runoff and inflow into our reservoirs."

Svoma said SRP's reservoirs are currently more full than they have been in 80% of years going back to 1950.

"A plant out in the desert is probably really thirsty," said Charlie Ester, SRP manager of watershed management. “But for the developed area that relies on the reservoir system, we’re in really good shape."

Still, this has been an extremely dry year across the Southwest. The U.S. Drought monitor reports about 72% of the state is in "exceptional drought," the most severe category. And there may not be much moisture on the horizon. La Niña conditions mean more dry weather is likely throughout the winter.