Excited to welcome Coach Fisch as head coach of our program. #BearDownhttps://t.co/GHyLPUX2IT pic.twitter.com/QG1hChWR4Y

Jedd Fisch was a law student wanting a chance to witness history when he followed O.J. Simpson’s lawyers into the courthouse elevator. After being confronted, he made a good enough case to earn a seat for the trial of the century.

When Fisch wanted a chance to serve as a graduate assistant coach under Steve Spurrier, he left notes on the windshield of the Florida coach’s car for 450 straight days. He got the job.

That type of ingenuity and tenacity helped Fisch earn high-level jobs across the NFL and college football, working for coaches like Bill Belichick, Mike Shanahan and Pete Carroll.

Now Fisch gets a chance to run his own team. Not bad for a coach who never even played the game in high school.

The University of Arizona hired Fisch on Wednesday, hoping the former New England Patriots quarterbacks coach can turn around a program that fell into disarray during three years under Kevin Sumlin.

“I first met Jedd Fisch three years ago and I was immediately struck by his desire and his drive,” university President Robert C. Robbins said. “His story of rising in the football coaching world without having played a down of football was certainly unique, but also told me something about his determination and drive.”

A New Jersey native, Fisch didn’t play football in high school or college, but he landed a job as a graduate assistant at Florida with his note-leaving campaign on Spurrier’s car. The calculated ploy sent the now-44-year-old on a journey across college football and the NFL.

“I’ve followed his career closely over the years and he is highly qualified for the job,” Carroll said. “Jedd is a gifted offensive mind and he will do a great job leading and caring for the University of Arizona program.”

Fisch interviewed for the Arizona job in 2017 when Sumlin was hired. The disappointment turned into opportunity, allowing Fisch a chance to work under Belichick and Rams coach Sean McVay, adding to the list of coaches he’s learned from.

“I’ve had some incredible opportunities to learn and I didn’t want to pass up those opportunities,” Fisch said. “If this head coaching job was to arise, I was going to be ready and the most prepared I possibly could be.” 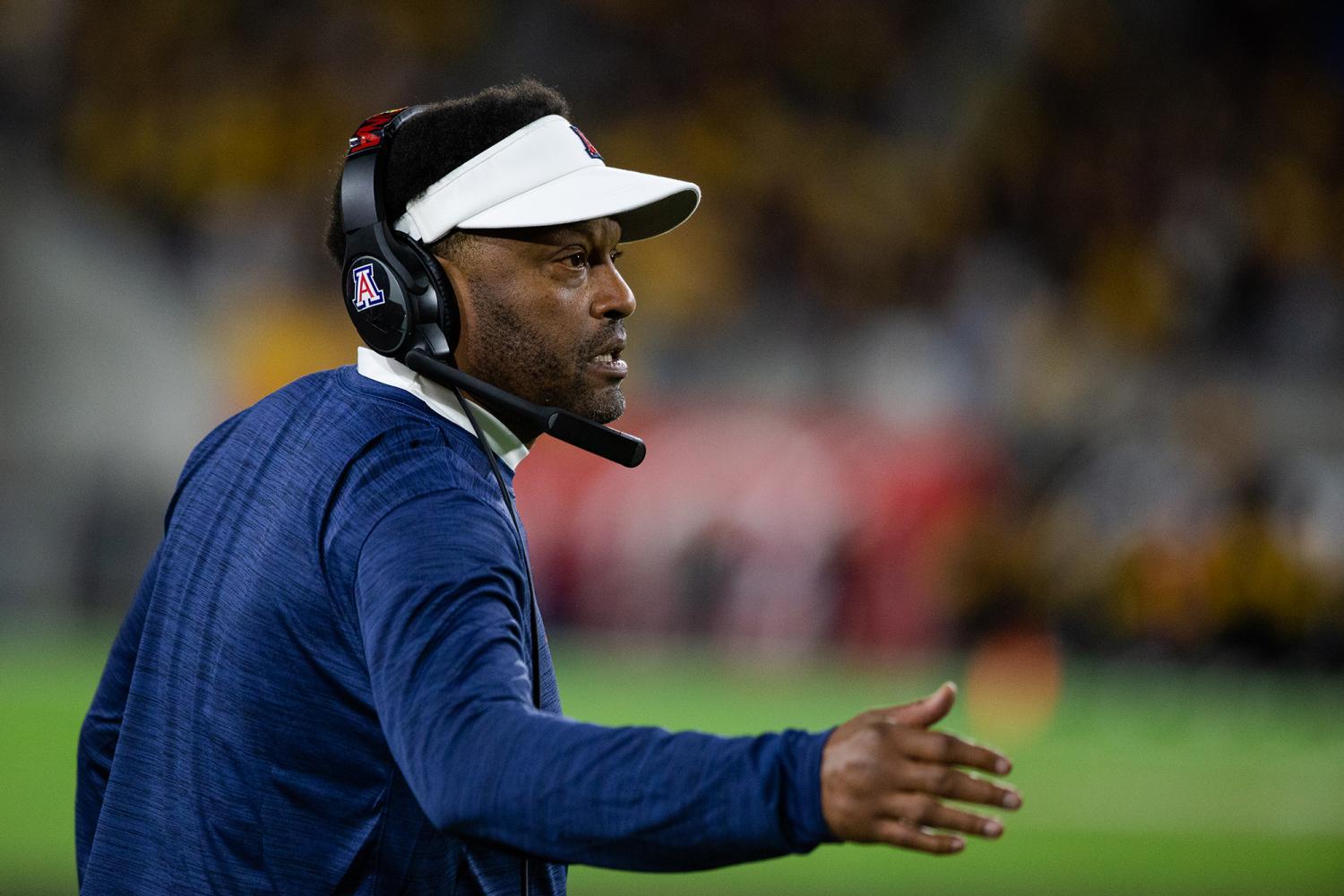 He takes over an Arizona program that’s fallen on hard times. The Wildcats never really got on track under Sumlin, winning five games in his first season then watching the win total drop each subsequent season.

Arizona ended the 2019 season on a seven-game losing streak and went 0-5 this year, capped by allowing the most points in the 121-year history of the Territorial Cup in a 70-7 loss to rival Arizona State. Sumlin was fired the next day after going 9-20 in three seasons.

The program had a rash of transfers before the 2020 season, including four defensive starters. More players entered the transfer portal after the season ended, including starting quarterback Grant Gunnell.

Arizona managed to sign an 18-player recruiting class during the early signing period despite Sumlin’s firing, but it was ranked 65th nationally by the 247 Sports composite.

“Jedd Fisch is the head football coach because he’s the right man at the right time to rebuild this program back to prominence, a proud program,” Arizona athletic director Dave Heeke said.

Fisch will earn $1.8 million annually his first two seasons, with raises to $2.3 million in 2025. He also will receive $500,000 annually for speaking engagements and community events and $200,000 with Nike. He will get an additional $100,000 annually with IMG for a radio show and other appearances.