The Pandemic Spurred Bike Interest In Hermosillo. Can It Be Sustained? 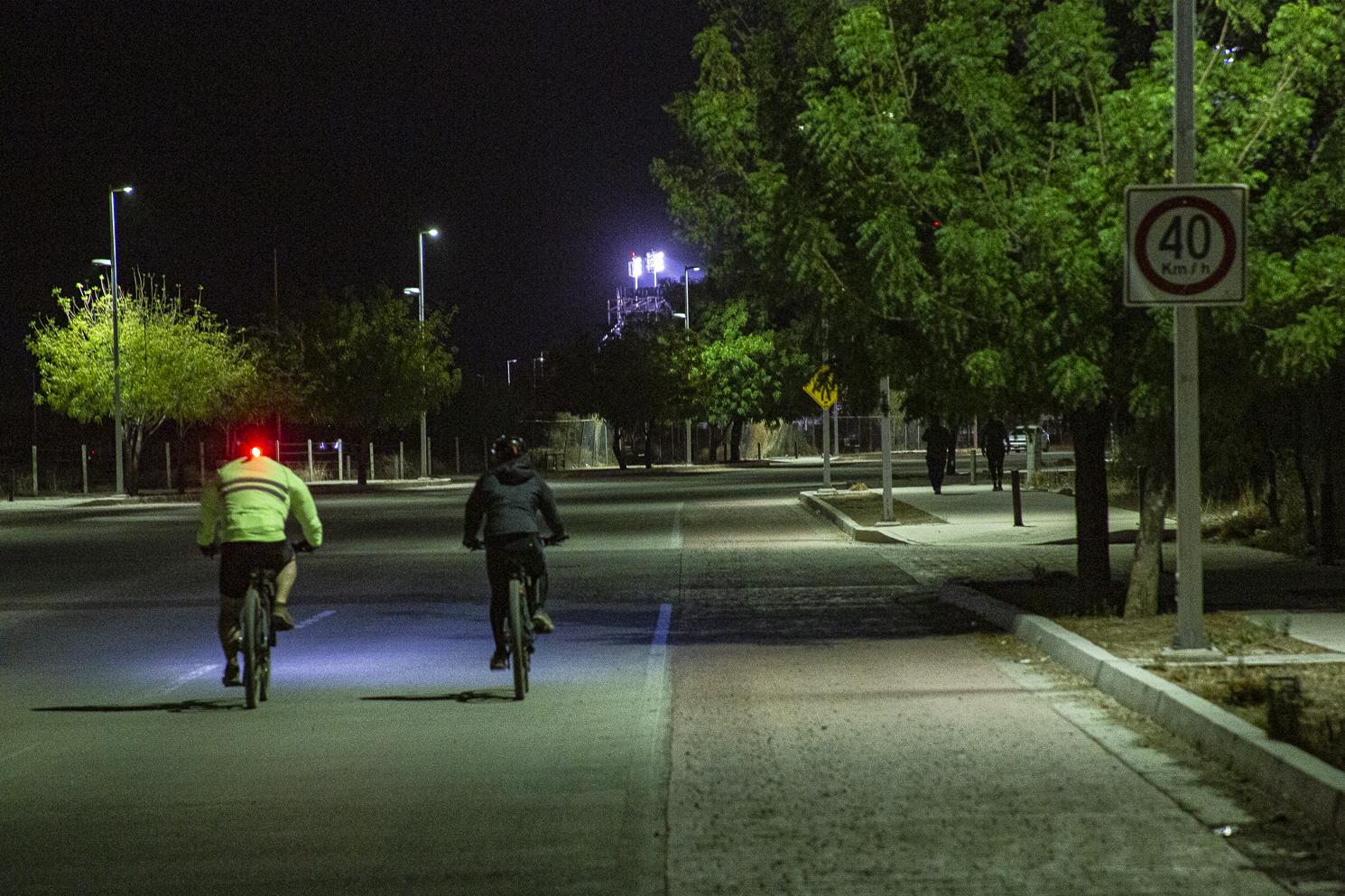 Murphy Woodhouse/KJZZ
Riders make their way around a popular loop near the state baseball stadium on a recent evening.

On a recent weekday evening, a steady stream of bikers were making their way around a popular loop on the western edge of Hermosillo. Some were seasoned riders, decked out in spandex and making impressive time on the low-traffic, three-mile circuit near the state baseball stadium.

Others were much newer to the sport.

“No, definitely the answer is I wouldn’t have gotten into cycling if not for (the pandemic),” said Juan Carlos Luna, who had just finished up a ride with his 12-year-old daughter Rebeca. His entire family now has bikes.

Like many other Hermosillenses, Luna’s family picked up their bikes in the spring, when gyms and other businesses in Sonora closed during the first coronavirus wave.

That rush of demand has meant bike stores and workshops have fared well during the pandemic, while many other businesses have suffered - or shut down altogether.

“Five-hundred percent, more or less,” said Adán Ortega, owner of La Baikeria, when asked to estimate how much his business had increased.

Before the pandemic, a couple bikes would come in for repairs most days. Now he said he’s averaging closer to 10. He also recently started selling Scott-brand bikes, but everyone that came in was quickly sold, and now he said his supplier has no more to send him. Other Hermosillo shops are contending with similar demand issues. 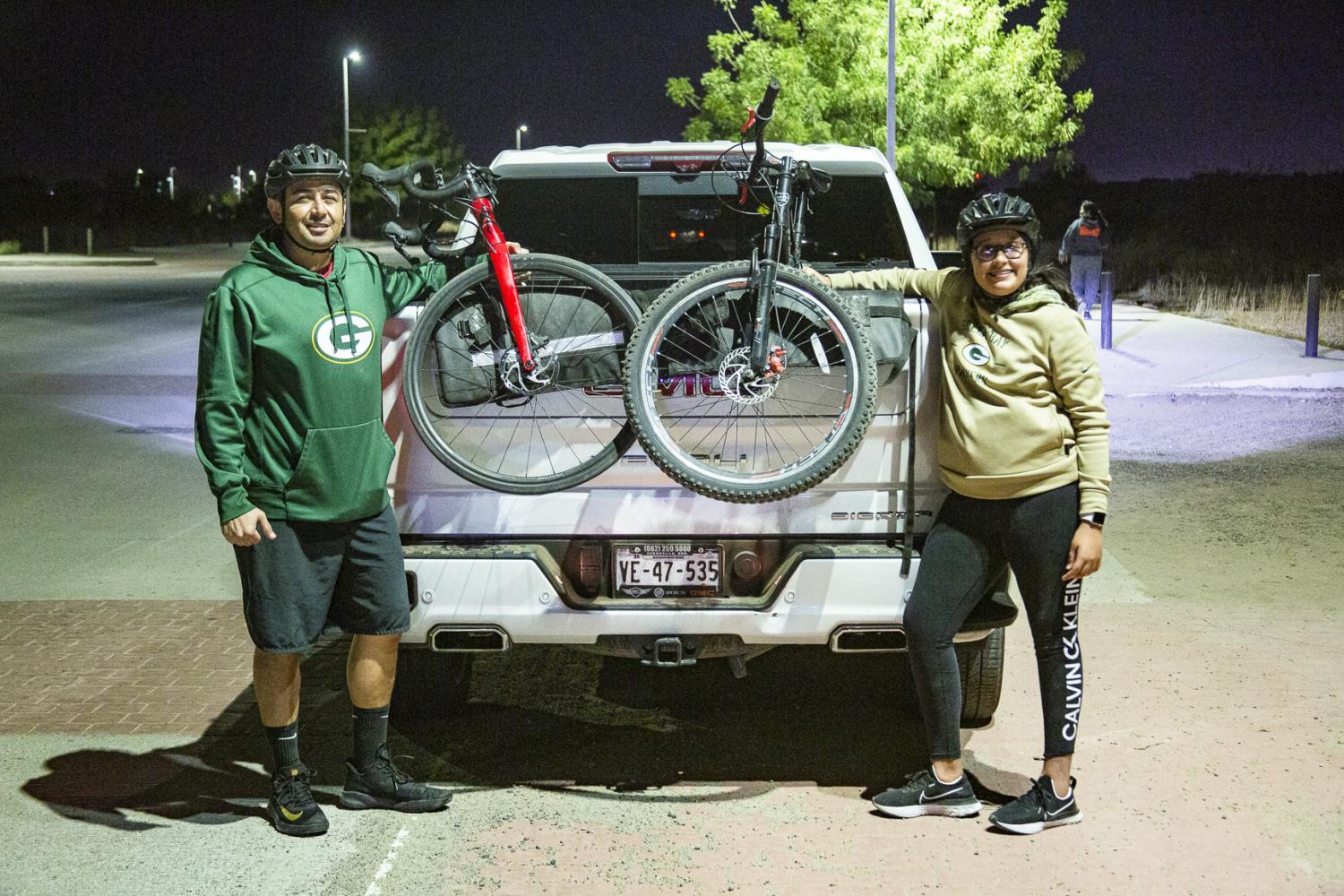 Murphy Woodhouse/KJZZ
Juan Carlos Luna and his daughter Rebeca both started biking during the pandemic. They both say they'll stick with it, but would like to see more done to make it safer in Hermosillo.

But as much as likes biking, he tries to avoid doing it in the city.

“Because it’s an unsafe city,” he explained. “Where people drive while paying attention to their phones.”

And the numbers back him up. Federal crash data analyzed by KJZZ show that seven bikers were killed in the city in 2019, the highest municipal figure in the country. Nearly 70 others were injured. Pedestrians fared far worse, with 22 killed the same year. Together, cyclists and pedestrians were over 40 percent of Hermosillo roadway fatalities.

And some members of the cycling community are taking that into their own hands.

“The storm grates that are on the bike lanes in Hermosillo are in terrible condition,” said José Carlos “Oli” Olivero, a longtime Hermosillo bike enthusiast, and a founder of a group that organizes regular mass rides through the city.

Their openings are parallel to the roadway, and can catch wheels, sending riders flying.

“There have been broken collar bones, busted teeth,” he said.

So Olivero and some other bikers got together and repaired one on an October evening. In videos taken by Fidel Javier Castro, you can see one of them welding metal strips across the storm grate, perpendicular to the road, and others keeping a lookout for oncoming cars. 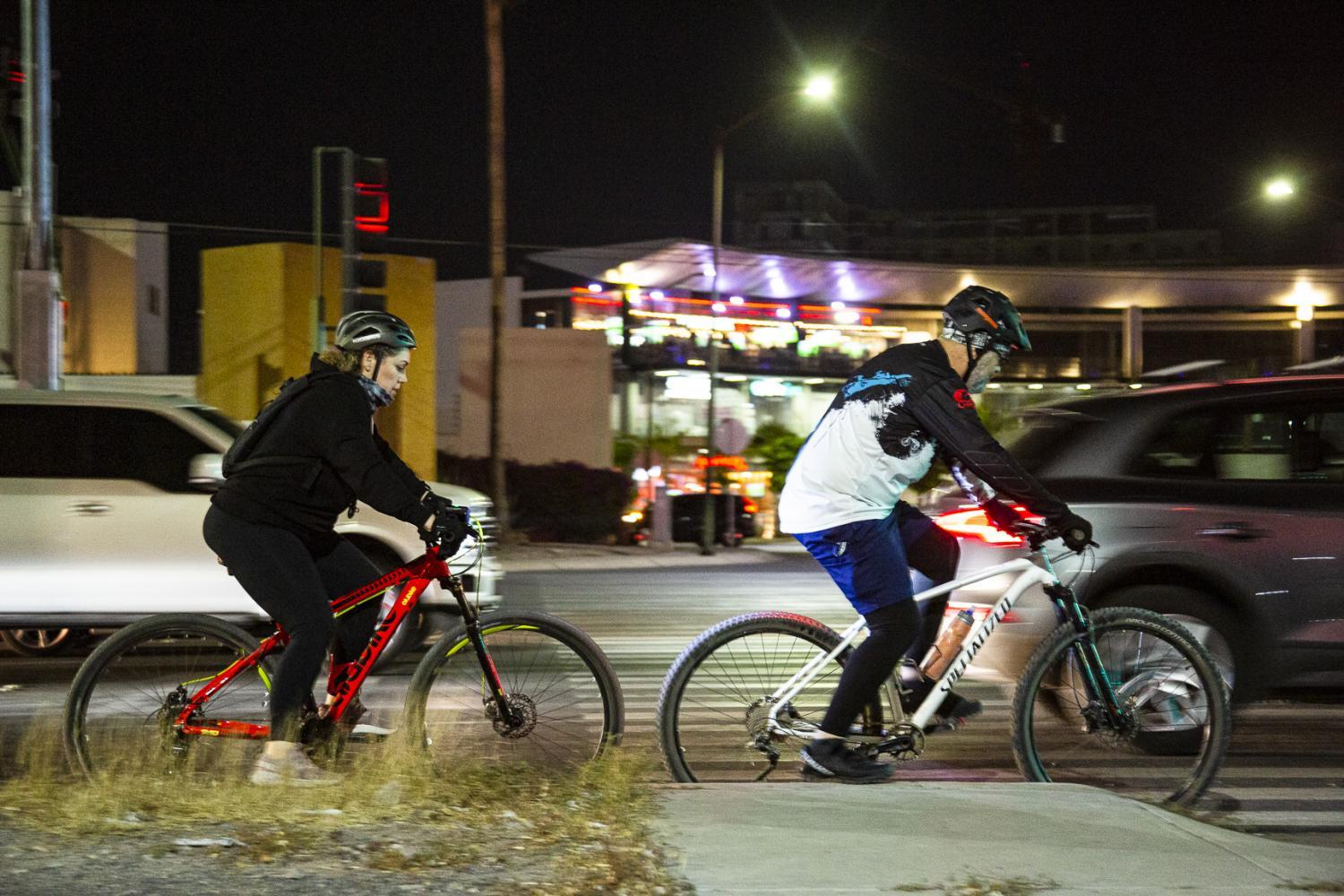 Murphy Woodhouse/KJZZ
Irasema García and her husband Alejandro Pacheco make their way along high-traffic Avenida Colosio. Both started riding during the pandemic, and love their newfound sport. But Pacheco says many motorists don't give riders the space and respect they need.

The idea was to put pressure on local officials, and it worked, according to Olivero. They’re now working with the city on a solution for the many other storm grates.

He said that the pressure is going to continue, but Olivero applauds the work that city officials have done expanding the network of bike lanes in recent years.

But given the troubling safety statistics, she readily conceded that the city still has “a long way to go.”

Back at the stadium, Luna and his daughter were just about to head home. Part of helping new riders like his family feel safe and stick with the sport is adding bike lanes, which he approvingly noted was underway. But he doesn’t think it’s enough.

“Look, even here, even though everyone knows it’s a riding route, yielding the lane (to bikers) isn’t respected,” he said.

Just as important as expanding bike infrastructure, he said, is to “continue promoting education and respect for cyclists, who are completely defenseless in the streets.”