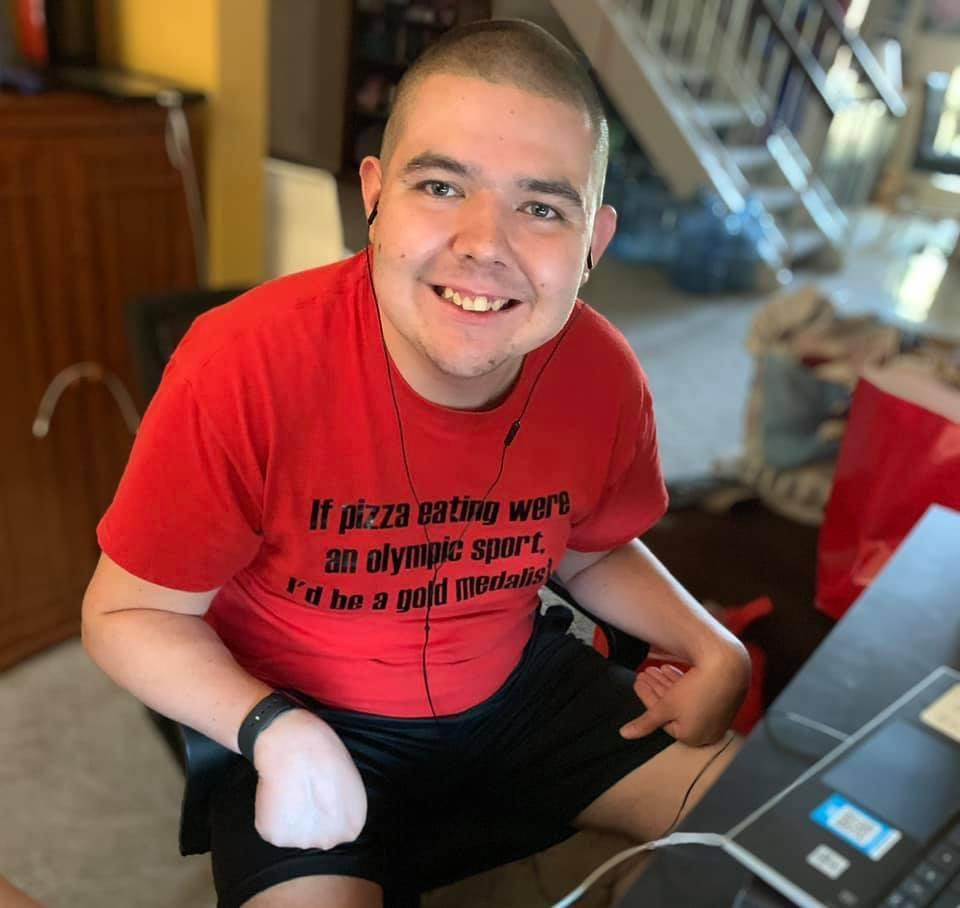 Amanda Steele
Jordan Wright is a 20-year-old student with autism. He recently completed his seventh and final year at Mountain Pointe High School in Phoenix.

The switch to remote learning has been an uphill battle for students, parents and teachers alike. But being away from the classroom, has posed additional challenges for special needs families.

And just like neuro-typical kids, the experience hasn’t affected all students with disabilities in the same way.

“And that isn’t going well," Mackel-Guy said. "The school has done an amazing job. They’ve provided us with a computer. They’ve even dropped off lessons at home.” 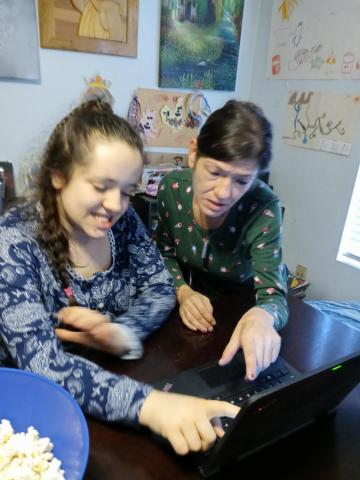 But Sasha has autism and because of that, she can’t understand the difference between Renee as a mother and Renee as a teacher.

“She responds by saying to me: ‘Mommy, I’m not doing that. That’s what my teacher does,'" Renee said. "She will not let me sit there and teach her, nor will she let my husband do that or her big brother. She just cannot cope with these changes at all.”

The school switched to remote learning in March, when COVID-19 cases started to ramp up in Arizona. Students were eventually able to return, but Renee didn’t feel comfortable sending Sasha back.

“With her having special needs, I can’t guarantee that other kids follow the rules of masking and what not," Renee said.

And Sasha hasn’t forgotten what she’s missing out on.

“She tells me every day: ‘Mommy, is the virus in January?' I’m like yes it is. 'Is it in February?' Yes it is. And today she even said ‘Is the virus in August?' I said I don’t know, Sasha, because we don’t know," Renee said.

And Renee is far from alone in this battle. State Superintendent of Public Instruction, Kathy Hoffman said some of her agency’s CARES Act funding may be able to help.

But while some are having a tough time engaging online, other students are actually thriving in this environment, like 20-year-old Jordan Wright.

This was Wright's seventh year at Mountain Pointe High School in Phoenix and his mom, Amanda Steele, said he's been one of the lucky ones.

“He has watched his friends," Steele said. "Some of them have been back on campus and he’s chosen to remain home. You know, I had a fear. But honestly, it’s actually working quite well for him.”

For years, Steele was told there wasn’t a computer class that would benefit her son, but the pandemic has proven that isn’t true. Jordan got on a computer for the first time in March and has only grown with it since. 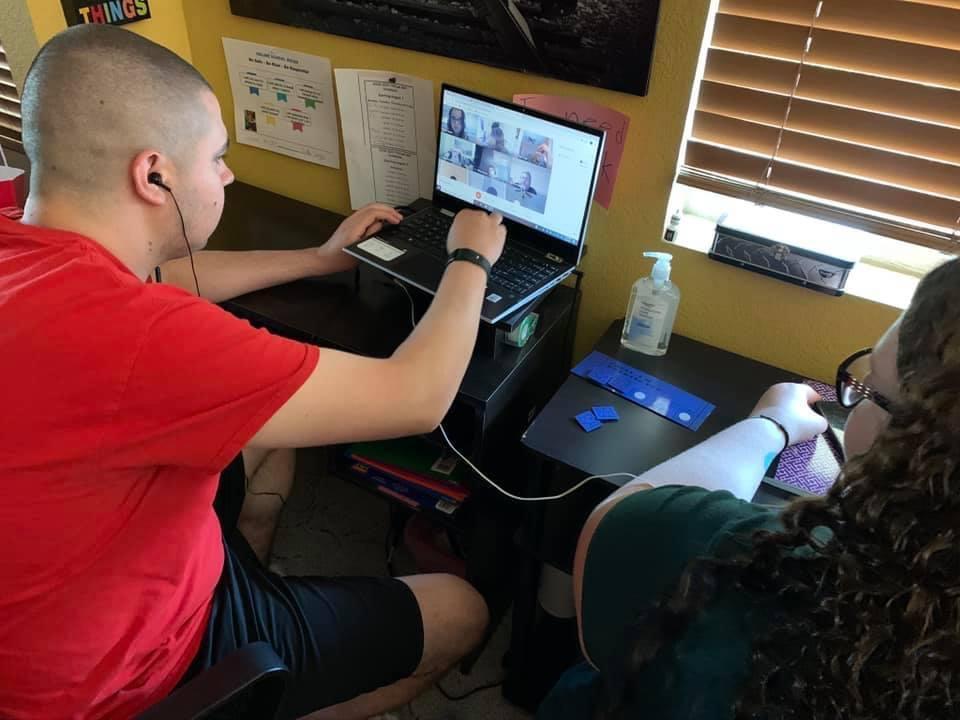 Amanda Steele
Jordan Wright is a 20-year-old student with autism. He recently completed his seventh and final year at Mountain Pointe High School in Phoenix.

“He knows how to check his emails, go to websites, how to build Microsoft Word documents," Steele said. "He’s working on PowerPoint presentations and no one had just ever given him the chance.”

Steele also brought in her 21-year-old niece in to work one-on-one with Jordan during the day.

“And what I’m seeing with having this one-on-one person, that happens to be his favorite cousin of all time, is she’s pulling more out of him," Steele said.

Jordan’s final day at Mountain Pointe was last week and he’ll be moving on to a new transition program.

“They have a culinary program, a retail program and they’re going to continue building on different programs, which will allow individuals with intellectual disabilities to further their transition experience than what is typically done in just a high school.”

The idea is to get those students through their academics and then focus the next few years on making them work-ready.

“I took him to his first transition conference at 18," Steele said. "He wrote down that he wanted to work. 'What do you want to do when you grow up?' And he said ‘I want to work.’  So, we’ve just spent the last few years really trying to dig into what and since he’s been home, he’s said he wants to work for BJ’s Brewery. That’s his favorite restaurant.”

And aside from the positive growth seen in students like Jordan, the pandemic has brought on a few other beneficial changes. Wendy Collison is the director of Exceptional Student Services for the Phoenix Union High School District.

“Seeing how we can engage students through the remote learning lens will forever change how we will instruct students," Collison said. 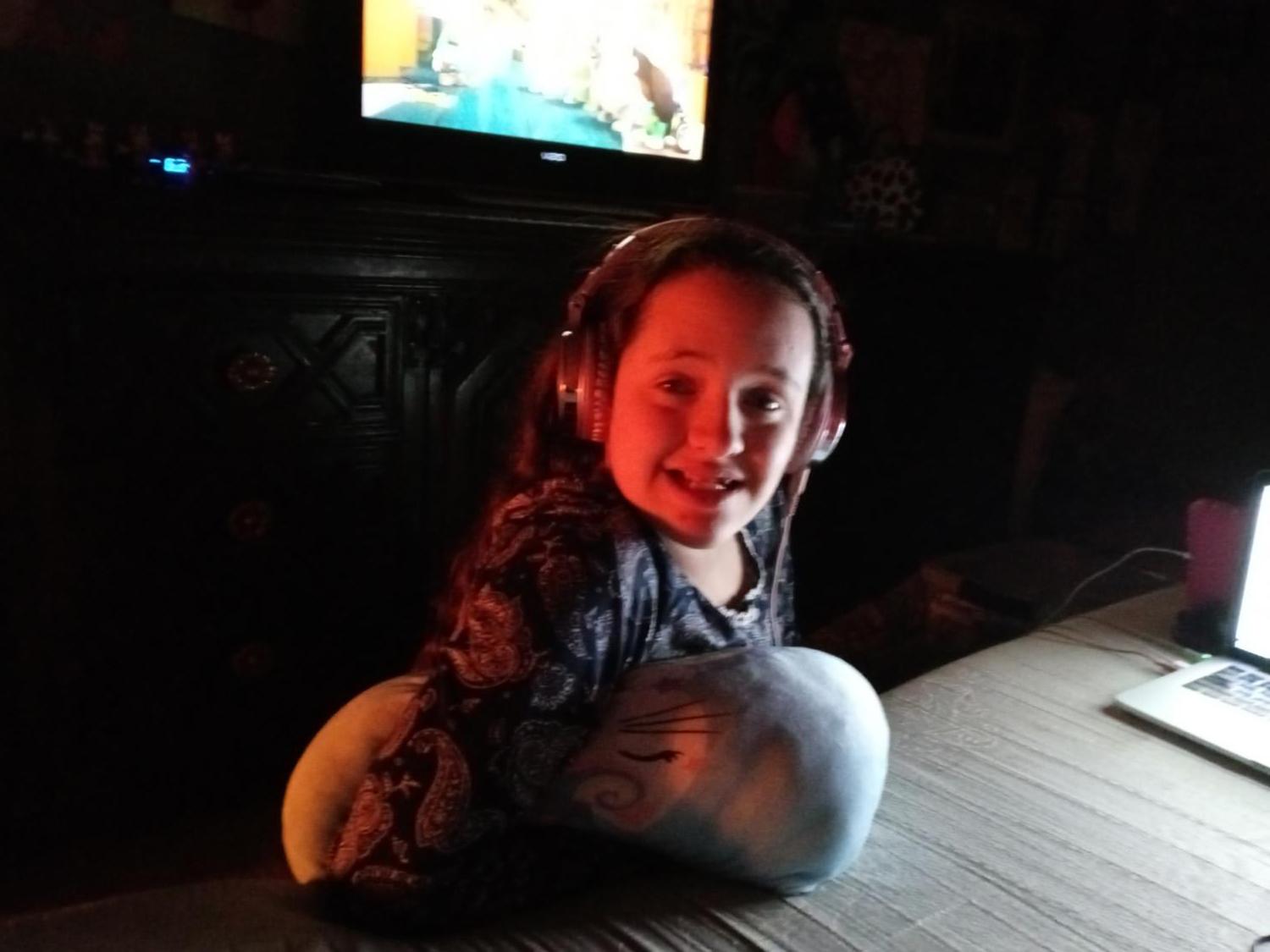 “We have 20 schools and programs," Collison said. "So if my home school is The Academies at South Mountain, but North High School offers IB programs that South doesn’t, then I might be able to take a class there.”

One teacher told her he’ll never need a brick and mortar classroom again because of all the tools he’s able to offer his students online. And it could even help them transition to the workforce because they're better acquainted with the technology many office employees use every day. That’s certainly been the case for Jordan Wright.

“Virtual is not ideal in any way, shape or form," Steele said. "We look forward to the day our lives change, but for my son it actually brought out a unique understanding of technology and a world that he didn’t know was available.”

As for Renee, she wishes more people would follow the CDC guidelines, because ultimately, those who don’t are keeping her child from a better education.

“She’s a very social child," Renee said. "I don’t know what the long term is going to look like. But I know this is damaging her, without a doubt.” 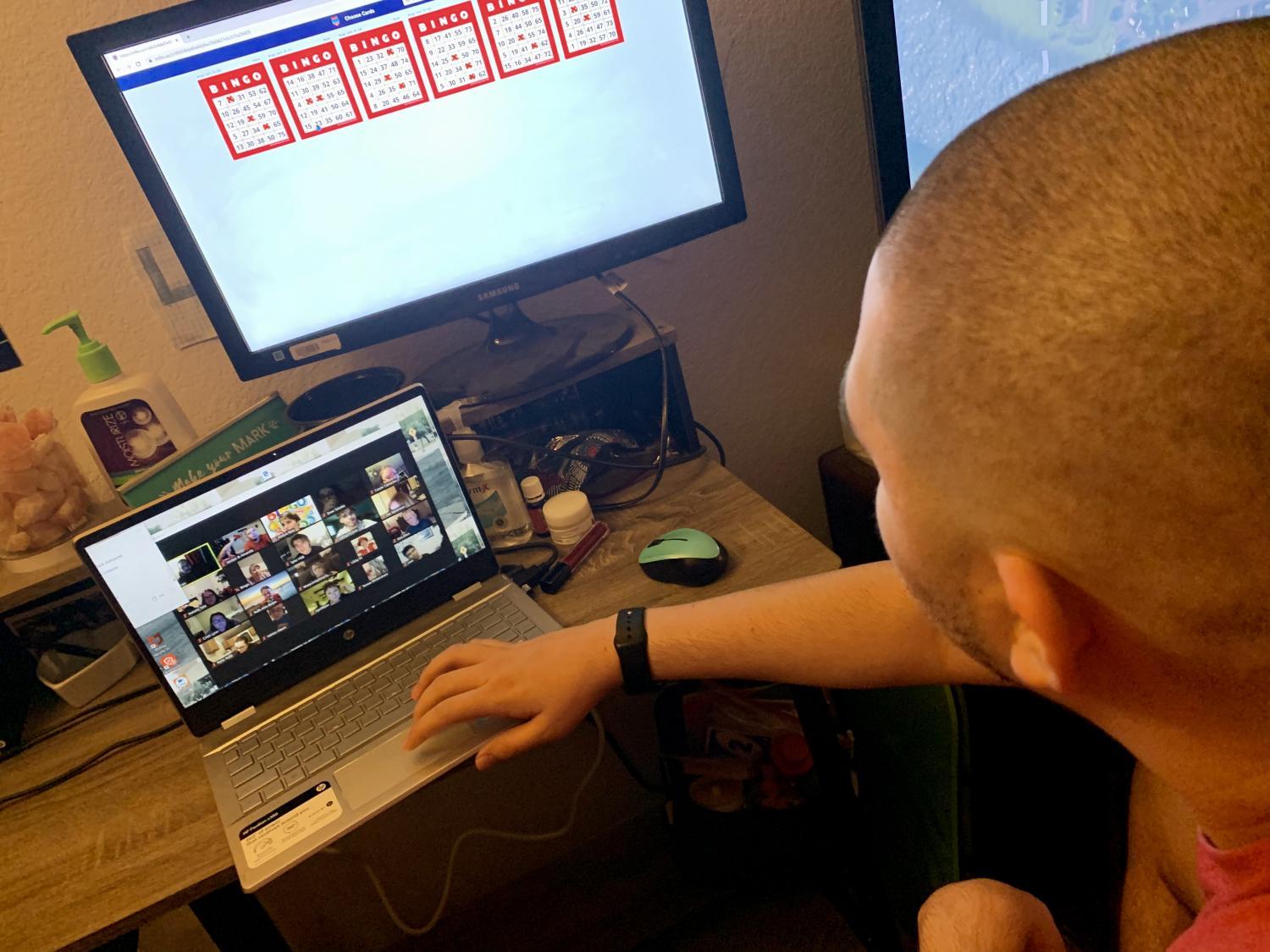 Amanda Steele
Jordan Wright has grown more computer savvy while learning from home, due to the pandemic. 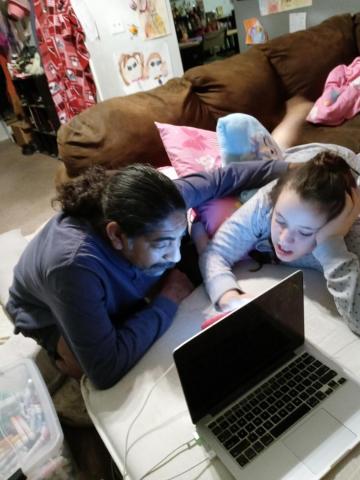 Renee Mackel-Guy
Sasha Mackel is a 15-year-old Corona Del Sol High School student with autism. She's been struggling to stay engaged in remote schooling during the pandemic, but her parents are trying to help. 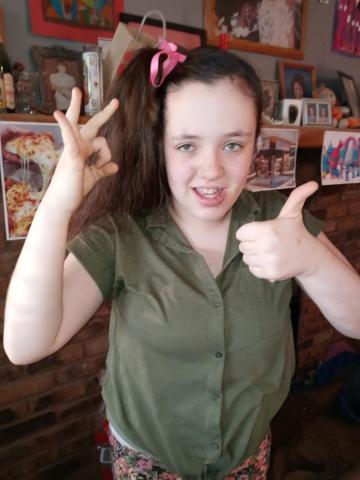