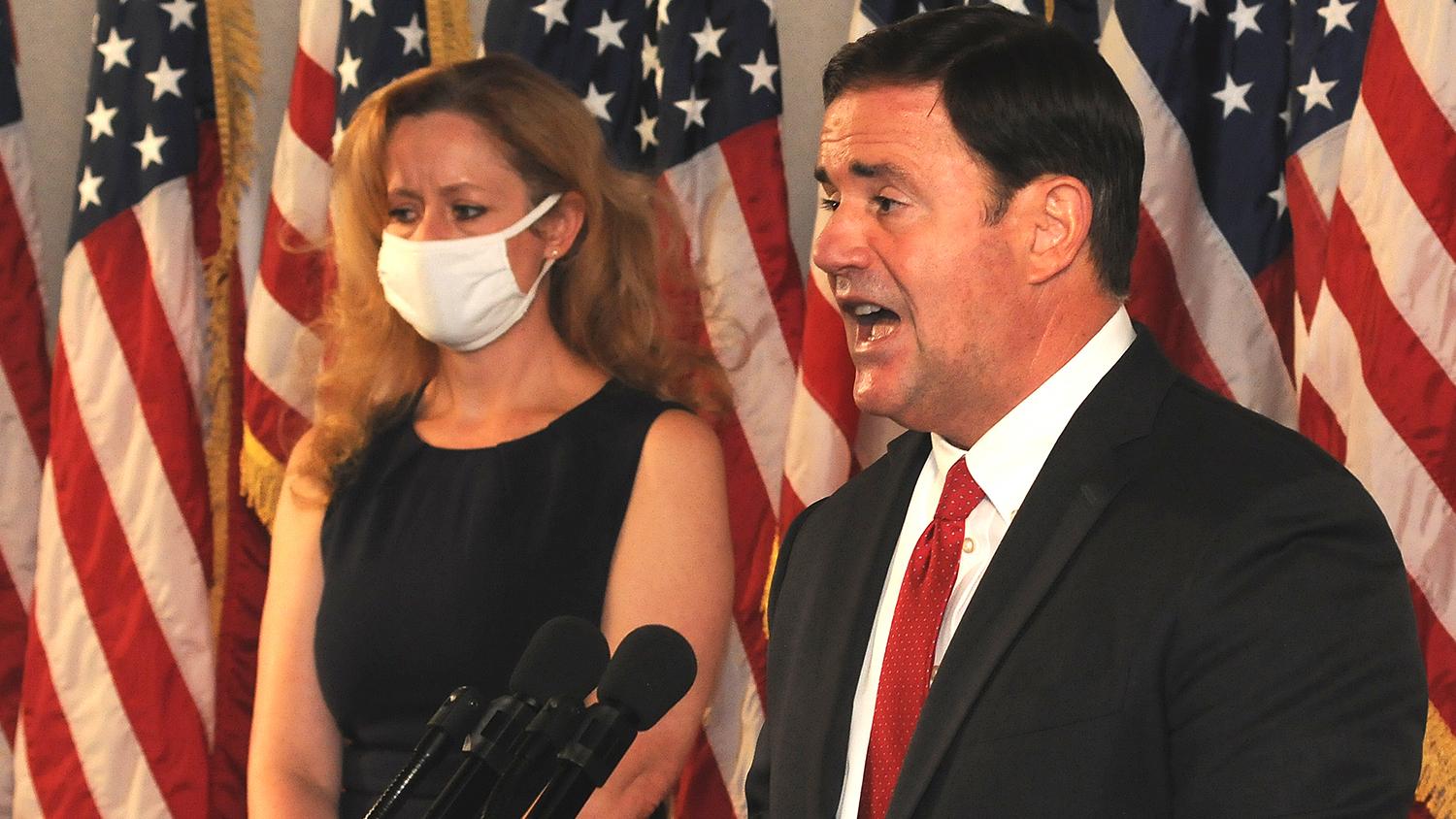 The pandemic has been devastating for many businesses, especially those that have been made to close their doors. And lawmakers have been in the difficult position of having to decide when to require businesses to shut down. Arizona had a set of benchmarks for making these decisions, but the state’s health department recently changed its own rules, effectively ruling out any future closures, regardless of how high virus numbers rise.

In June, COVID-19 was surging in Arizona. The state’s outbreak was among the worst in the world. Gov. Doug Ducey took action. On June 17, Ducey allowed cities and counties to issue mask mandates. On June 29, he ordered bars, gyms, movie theaters, and water parks to close. The policy actions appeared to work. Cases fell dramatically.

In August, when Arizona's outbreak appeared to be stabilizing, Ducey announced a set of rules for allowing businesses to reopen. He based his plan around the state’s virus data.

“We want to provide as much certainty and clarity as possible during a very uncertain time. We believe this is the most responsible way to safely reopen in a gradual and cautious way,” Ducey said in an Aug. 13 news conference.

The August plan laid out three clear benchmarks. Spread of the virus in each county was ranked “minimal,” “moderate” or “substantial” based on positivity rates of tests, new cases per 100,000 residents, and the percentage of hospital visits for COVID-like illness.

When a county was at substantial spread level, the state said those bars, theaters, gyms and other targeted businesses would have to remain closed. 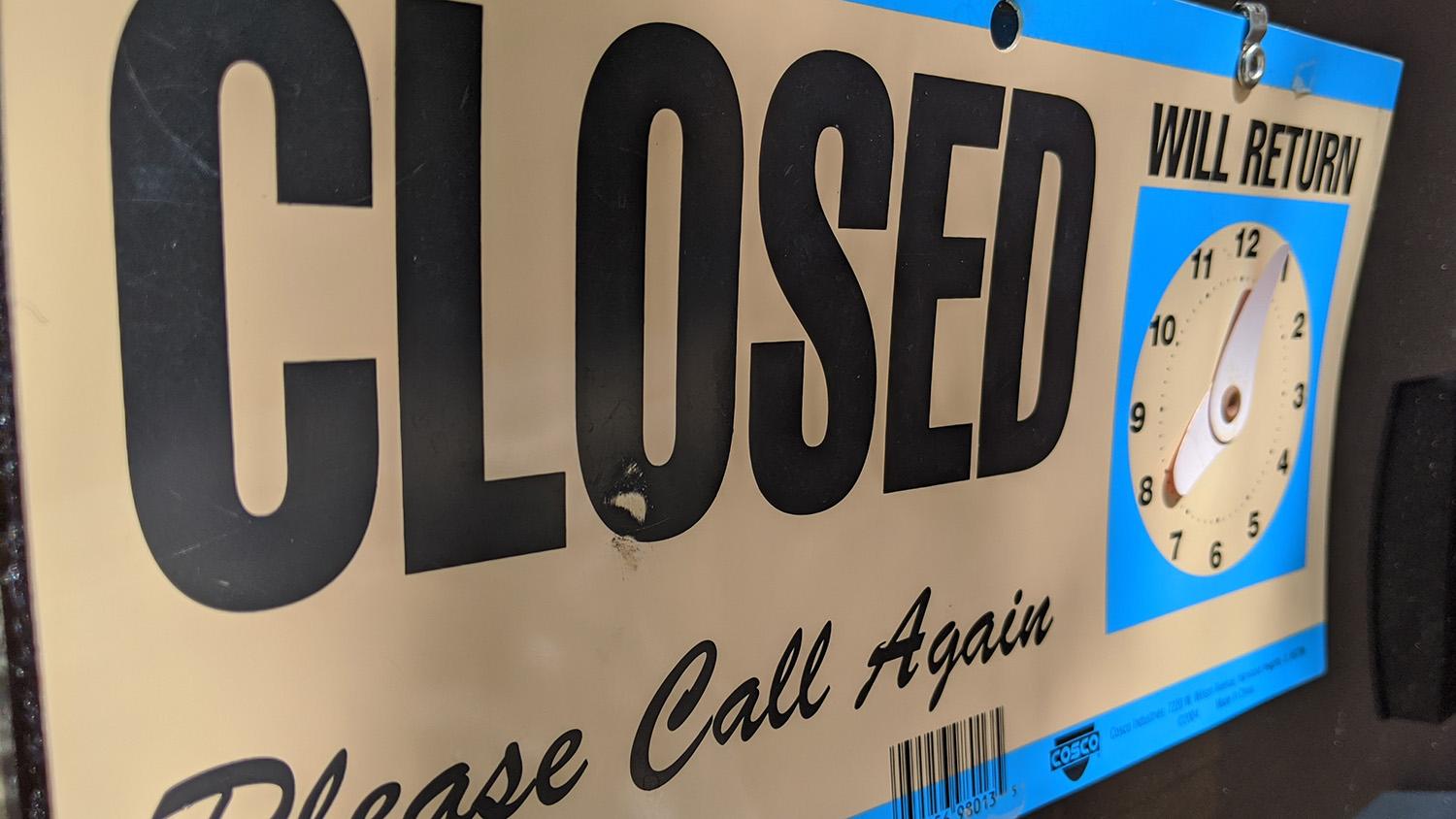 Sky Schaudt/KJZZ
A closed sign on a business in north Phoenix.

By late August, Dr. Cara Christ, director of Arizona’s Department of Health Services, announced most counties had fallen into the moderate category, allowing most of those businesses, except some bars and nightclubs, to reopen with reduced indoor capacity and other safety guidelines.

In late June, when Ducey ordered the business closures, the state was reporting an average of about 3,000 new cases per day, according to seven-day averages tracked by ASU's Biodesign Institute. Recently, the average has been more than 6,000 new cases per day. The state has performed more tests lately, but the positivity rate among those tests is on track to surpass summer levels too, according to University of Arizona modeling.

What’s perhaps most troubling to public health experts is the increasing strain on Arizona’s hospitals. ICU beds in early July reached 91% capacity. Last week, they hit 93% capacity with no end to the surge in sight.

For weeks, university modelers and health care workers have been calling for policy actions to avoid a hospital crisis.

Eight Arizona hospital leaders sent a list of requests to the state health department Dec. 1. They asked for temporary mitigation policies such as banning indoor restaurant dining in the state and implementing a 10 p.m. statewide curfew. But the hospital leaders also specified the state should use benchmarks to decide not just when to open businesses but when to close them.

The latest business dashboard update from Arizona's Department of Health Services showed all but one county have passed all three benchmarks that would have required businesses to close under the August guidelines.

But a COVID-19 report from the Department of Health Services released Friday included an unannounced change to the benchmarks. The document shows there's now no difference between moderate transmission business guidelines and substantial transmission rules. The change eliminates any level of virus spread that would require closures of any business other than some bars and nightclubs.

Even though Arizona is seeing higher caseloads than it was when the benchmarks were created, Christ said the state’s rules were really never meant to be used to decide when businesses should close.

“We continue to watch the data and look at that, but those were really designed to be reopening benchmarks," Christ said.

"We continue to watch the data and look at that, but those were really designed to be reopening benchmarks."
— Dr. Cara Christ, director of Arizona’s Department of Health Services

Ducey has said on several occasions he does not want businesses to close again, but until Friday, reports from the Department of Health Services had still indicated substantial spread would trigger closures of gyms, theaters and waterparks. In his most recent press conference, Ducey said businesses already have enough safety measures in place and said most of the spread is now happening in homes.

“I don't know what role you think the government can have in private home settings that's why we're trying to educate the public," Ducey said. 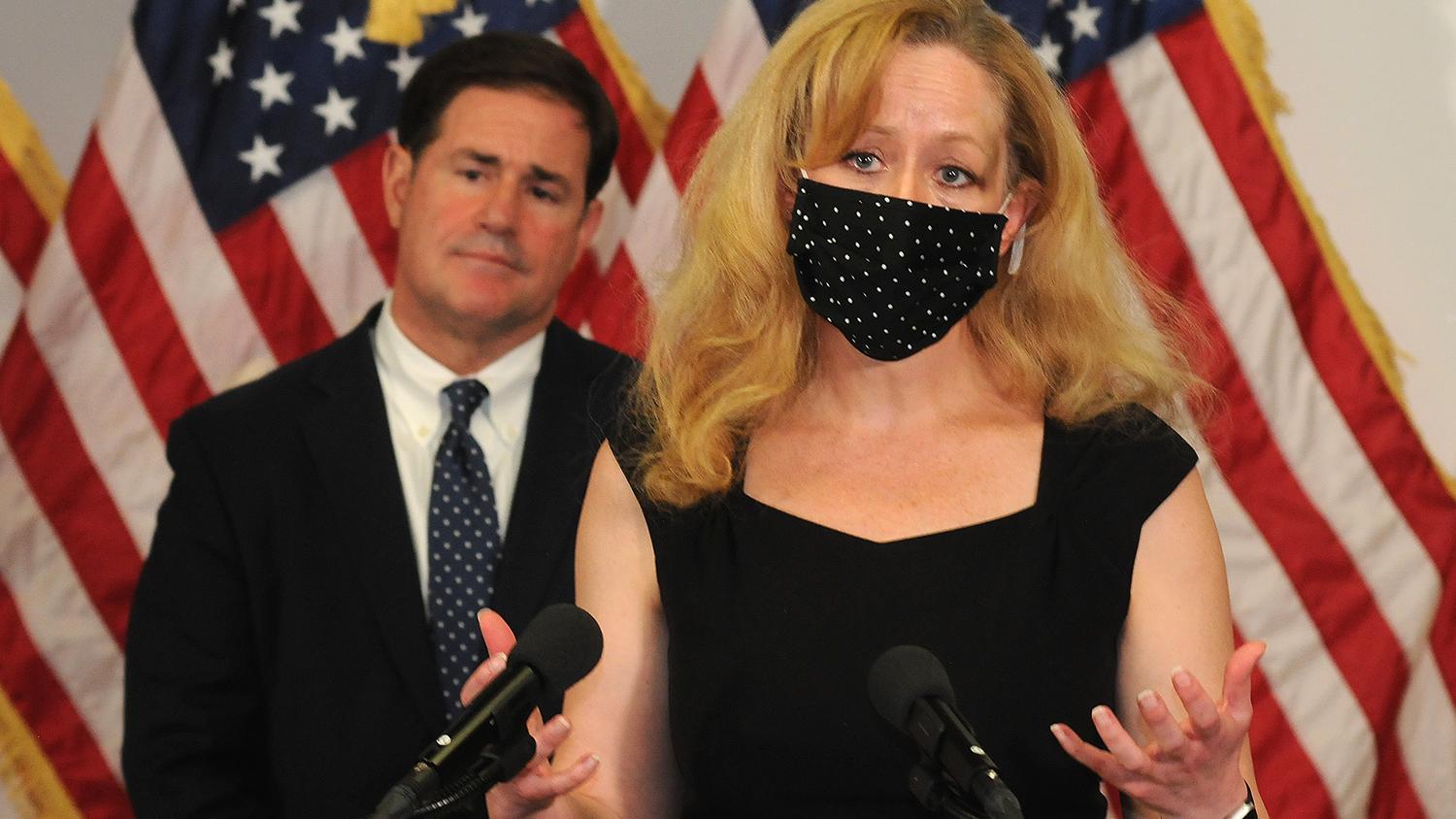 It’s difficult to verify whether private gatherings are really Arizona's biggest source of spread right now. Arizona doesn’t release statewide contact tracing information to indicate where infections occur. Outbreak data from other states varies widely. Colorado, for example, reports less than 3% of recent cases came from gatherings and social events, while New York recently reported 74% of cases originated with household gatherings. Multiple studies have linked the spread of the virus with indoor drinking and dining in bars and restaurants.

But Ducey and Christ have both said the most important mitigation measure for Arizona right now is to emphasize personal responsibility.

Dr. Joe Gerald, associate professor of public health policy at the University of Arizona, told KJZZ’s The Show that may not be enough.

“I don’t think we can just rely on humans to do the right thing. It just is not a very effective strategy," Gerald said.

Without some kind of intervention, Gerald said, Arizona’s outbreak is likely to continue to get worse.