Ghost Kitchens: Restaurants Launch Take-Out Only Branches As They Adapt To Pandemic 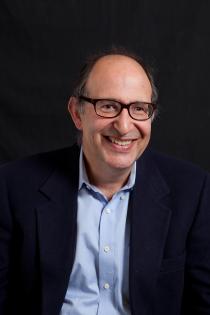 LAUREN GILGER: Food delivery apps like Uber Eats and DoorDash have become incredibly popular during the pandemic, for obvious reasons. But I bet you assume that when you order, say, pizza and wings on one of those apps, it's coming from a real restaurant. Well, that might not be the case. So-called "ghost kitchens" and "virtual concepts" are the new wave in the restaurant industry. And our next guest says they're everywhere, even if you don't know it.

PETER ROMEO: Chili's, one of the major casual dining chains, it has a concept called It's Just Wings. Applebee's has one called Neighborhood Wings. Outback Steakhouse has one called Tender Shack. And I could go on and on and on.

GILGER: Peter Romeo is the editor-at-large of Restaurant Business Online. He told me these are a lifeline for struggling restaurant owners in the era of COVID-19. And we're about to see some notable ones opening up here in the Valley. Local restaurant guru Sam Fox announced last week his Fox Restaurant Concepts will be opening up a new takeout-only brand called Fly Bye. It'll be operated out of existing kitchen space at Culinary Dropout and represents what Romeo calls a sea change in the restaurant industry. Here he is explaining just how they work:

ROMEO: The industry vernacular for these is a "virtual concept," because there actually isn't a restaurant — you can't go to Fly Bye. It doesn't exist. You can't sit there and have a drink or whatever. Rather, it's a brand that's invented, because with takeout, you're not going to be in the restaurant or delivery. You're not even going to see the restaurant. It's really to-go only because there's no on-premise dining. So delivery is very large into that. In this case, Fly Bye, the food is actually cooked in a kitchen within the Culinary Dropout. And that's the format usually. Usually the food is cooked someplace else in an existing restaurant. And this brand is created really as an exercise in search engine optimization because the name is more likely to come up in searches for delivery options if you're a consumer, or takeout options if you're consumer. Chances are that you're going to search for a product rather than a particular location. By using this format, quite often, you could make your brand, your choice, come up higher in those listings that are pulled up by your search. That's the notion behind it.

GILGER: Wow, wow, wow. So this is clearly a response to the pandemic. What's the advantage for restaurant owners here? Like, how much do they need something like this right now?

ROMEO: They very badly need it. Things are a little different in Arizona, but in a lot of states, dining rooms have been re-closed or the capacities have been lowered to 50 or 25%. So the restaurant industry is really dependent on what it calls off-premise business — takeout and delivery. And this venture as a way of bolstering takeout and delivery sales is dead-on. To give you another example, Chuck E. Cheese's, a concept that we probably all know and despise because we have memories of wackiest children parties, they have a virtual concept called Pasqually's Pizza and Wings that is, of course, named after one of its animatronic characters, Pasqually P. Pieplate. As silly as that sounds, it accounts for 10% of Chuck E. Cheese's revenues already, and it was just launched maybe six, eight weeks ago. So.

GILGER: Wow. And this is even, even beyond this, right? Like this, this idea, this ghost kitchen idea. There are companies now that exist entirely to coordinate this, to organize this. Is that right?

ROMEO: Well, yeah. And there's actually two different creatures that we're talking about. So ghost kitchens are basically if you envision an apartment building only instead of having residents, each door fronts a kitchen. That's how they operate. Usually they're used for the brands we all know. So that if I were in Chicago and I wanted to get something from Famous Dave's the barbecue chain, I would not know that what I was getting delivered by one of the third-party services was from a ghost kitchen — a kitchen that was not in a Famous Dave's. It was just following Famous Dave's recipes.

GILGER: That's really interesting. OK, so will they work though, Peter? Like this is, this is a virtual concept. This is not a real place to go. Is this going to be difficult for folks who don't know the name of the place or have brand loyalty or want to shop or eat at a local restaurant, for example?

ROMEO: The jury is still out on that. Is the customer going to be OK with this? Are they going to feel conned that they are ordering from an Applebee's or a Chili's or Culinary Dropout? They're actually ordering from those places or from those kitchens — it's just under a different brand name. So are they going to feel cheated and conned? And actually, there was a social media backlash against Pasqually's Pizza and Wings for that very reason. People got their pies and said, "My god, this is Chuck E. Cheese's pie, I didn't want this." Now, the other thing is more from the production standpoint. During the pandemic, you might only be doing 60 or 80% of your regular business, yet you've got this facility built that can handle a lot more. So you launch a virtual concept, and that's fine as long as you're not up to 100% of your core business. But what happens when that returns? What happens when normal comes back? And Culinary Dropout wants to do catering and resumes its usual volume and it needs that kitchen. There are ways around that, but those are the two really big questions.

GILGER: Another question I have is about just sort of the experience, right? Like so much of dining out is about dining out, like going out and seeing people and being seen, etc. Is this something people are going to continue to want, especially post pandemic, or are people going to really want something that they've been missing?

ROMEO: Well, there's a lot of speculation about that. And there is no hard and fast answer. What restaurateurs say anecdotally is, we might see just a gangbuster year at the end of 2021 and 2022 because people are so struck with cabin fever, they are so antsy to go out and socialize and have a restaurant experience that they're — we're going to see a boom in on-premise dining. Now, that doesn't necessarily kill these virtual concepts other than we got that capacity issue that we talked about a few minutes ago. The other factor that comes into play is 17% of the nation's restaurant supply, that's roughly one in six restaurants, I believe, has disappeared — already closed. So we've got a much lower supply. And if demand soars as much as people expect, then you've got a nice situation for those places that have survived. And things like a virtual concept can help meet that demand without the expenditure of building another restaurant. The consensus is we don't know. But for right now, these ventures are a real aid.

GILGER: We'll see what happens then. That is Peter Romeo, editor-at-large of Restaurant Business Online, joining us to talk more about these so-called ghost kitchens. Peter, thank you so much for coming on The Show.

ROMEO: Thank you, Lauren. Thank you for having me.