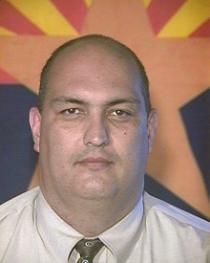 According to the Arizona Department of Corrections, a state prison warden has died. Edwin Jensen was the warden of the Yuma prison, which houses more than 4,400 incarcerated people.

The Department of Corrections did not provide a statement regarding Jensen’s death but said the Department and Jensen family were grieving.

Clinton Roberts, president of the Arizona Corrections Association, said Jensen was an open-minded colleague who was able to help solve staff issues and called his passing "a great loss."

The Yuma prison is currently in the throes of its second large COVID-19 outbreak of the pandemic. In recent weeks, more than 600 inmates tested positive.

Employees at the prison told KJZZ they believe most of the staff has been infected as well, but no official numbers are publicly available.

More than 1,500 Department of Corrections employees have self-reported COVID infections throughout the pandemic.

The Yuma County Medical Examiner's Office confirmed Jensen’s death but said it would not be determining the cause of death or making a report.