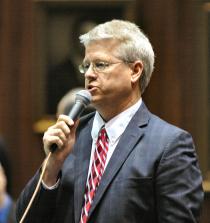 The head of Arizona’s Senate Judiciary Committee has subpoenaed for access to copies of more than 2 million ballots cast by Maricopa County voters in last month's election.

State Republican Sen. Eddie Farnsworth says an audit needs to be done on the voting equipment used, despite a similar audit already completed.

"If we don't find fraud? Well, heck, that goes a long way to restore confidence in our election process. And if we do find fraud, then that's what we need to do, is to somehow identify it and then see what we can do to stop it," Farnsworth said.

Scott Jarrett, the county’s elections director, pointed out that the last hand-count audit used ballot samples picked by both political parties, and it found no mismatches between the audit count and the machine tallies.

However, these subpoenas require full access of the more than 2 million ballots to be given to auditors by Friday.

Auditors have not been selected.

Howard Fischer of Capitol Media Services joined The Show to discuss this latest chapter in the presidential election saga.