'Quite A Journey': COVID-19’s Impact On Independent Phoenix Area Bookstores

Every week since the pandemic began, the American Booksellers Association says more than one independent bookstore has permanently closed. In April, KJZZ reported on how two locally owned bookstores had changed their business models. In this report, we see how they’re doing.

In early November, Patrick Milliken interviewed Arizona author Isabella Maldonado as she launched the first volume in her new series at The Poisoned Pen in Scottsdale.

“It’s an FBI thriller,” she said. “You might describe it as like the Silence of The Lamb meets Criminal Minds meets The Girl with The Dragon Tattoo.”

Sitting in a red chair and holding a microphone, Maldonado discussed how her law enforcement experience shapes her fictional characters.

“What if you have trust issues but you’re expected to perform as part of a team?” she said “How hard is that?”

Over the next 30 minutes, Maldonado talked to Milliken with a small camera live streaming the event. There was no in-person audience, but right after the virtual event, masked people could walk in the store to get signed copies Maldonado’s book. 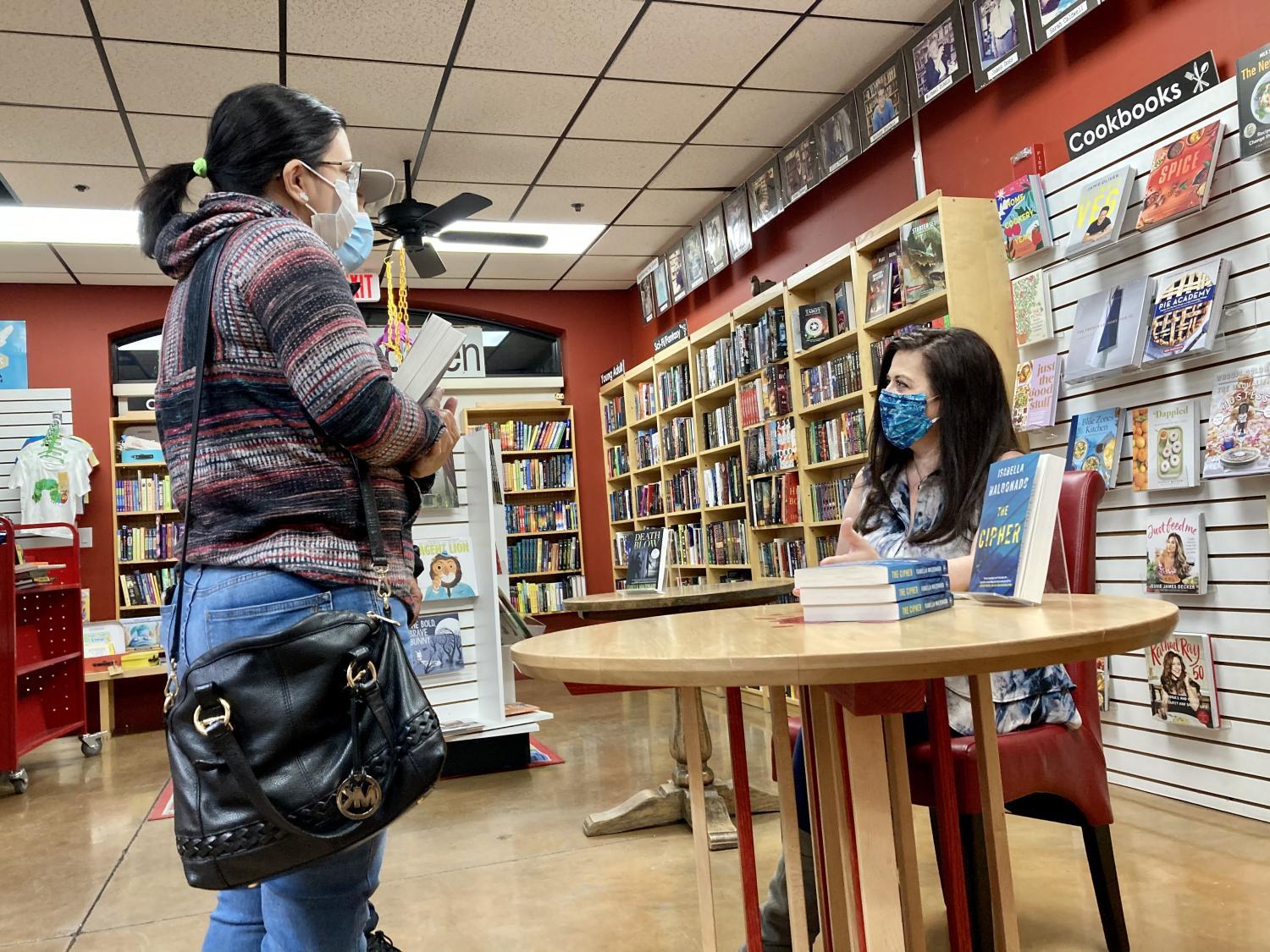 “I’m so sorry I can’t have a party here like normal, you know?” Maldonado said. 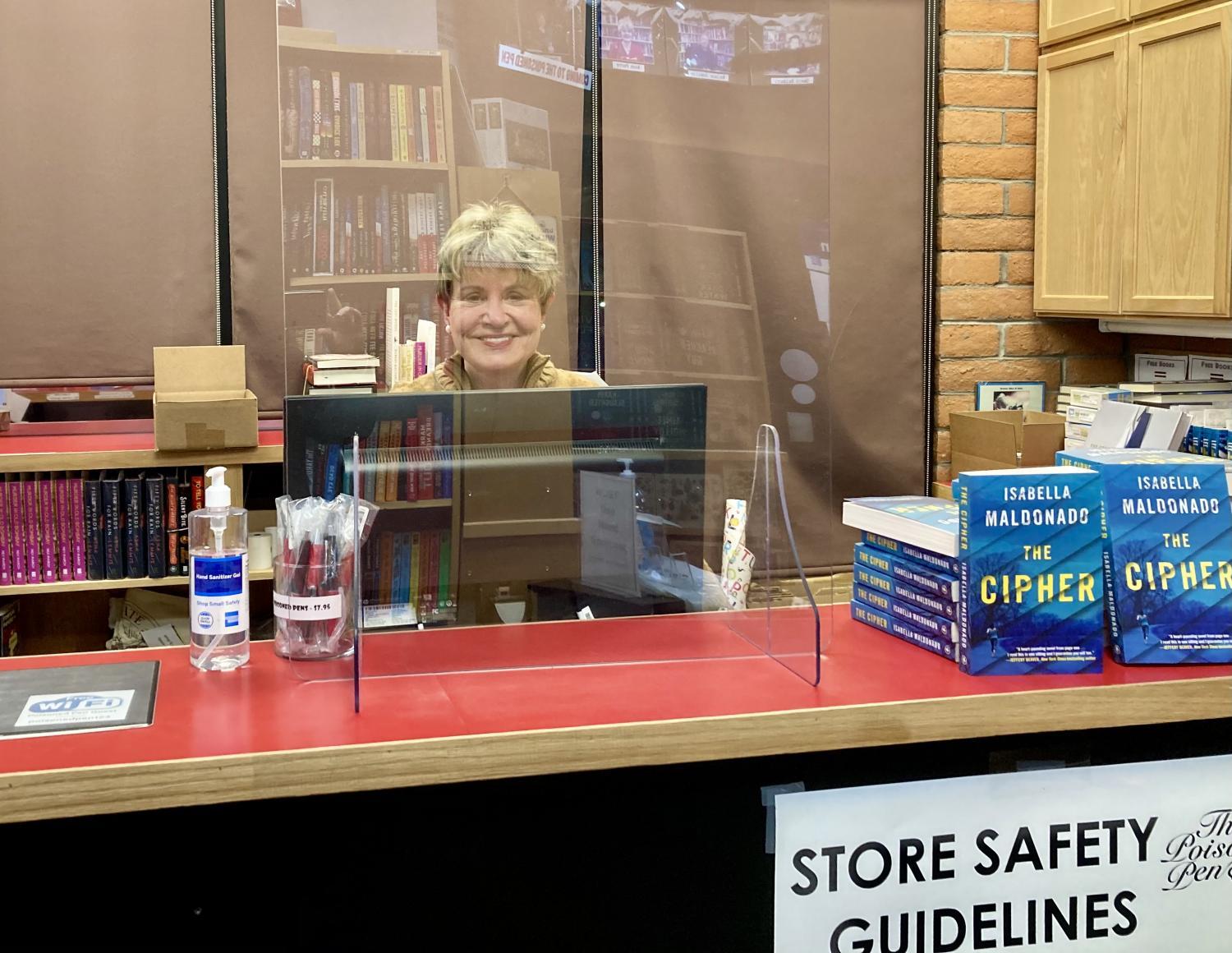 Christina Estes/KJZZ
Barbara Peters, owner of The Poisoned Pen, stands behind a plastic barrier on November 9, 2020.

It was only the second time since late March that The Poisoned Pen held a hybrid event: part virtual and part in-person.

“I have already scheduled events through May,” said owner Barbara Peters.

For now they’re planning them as virtual events. People who miss the live streams can watch videos on The Poisoned Pen’s Facebook page and YouTube channel.

“We had one up on our website that, when I looked a little while ago, had 349,000 views,” Peters said. “We’ve had many that have had four figures, a few that have had five.”

The store hosts hundreds of events every year, with some attracting hundreds of people. Without those in person crowds you might think sales have tanked, but Peters says that hasn’t happened.

“We have run this bookstore like a COVID bookstore all along,” she said.

"We have run this bookstore like a COVID bookstore all along."
— Barbara Peters, The Poisoned Pen

For most of its 31 years, The Poisoned Pen has sold books online to customers across the Valley and around the world.

“It’s just as easy to sell a book to Karachi or Kentucky as it is Scottsdale so that’s what we do,” Peters said.

The pandemic has increased demand so much that Peters hired two customers to help with shipping.

“We’ve seen people buy like an entire set of books by one author and you can see that they’re going to read their way through it,” she said.

COVID-19 forced Rosaura “Chawa” Magaña to ramp up online ordering at Palabras Bilingual Bookstore in Phoenix. Every sale is critical and every sale now costs her more. To compete with bigger retailers, Magaña offers free shipping for orders over $20.

Her overall sales are about half of pre-COVID levels. When revenue can’t cover rent, utilities and other expenses you generally can’t stay in business long — unless you have customers like Mary Hope Lee. 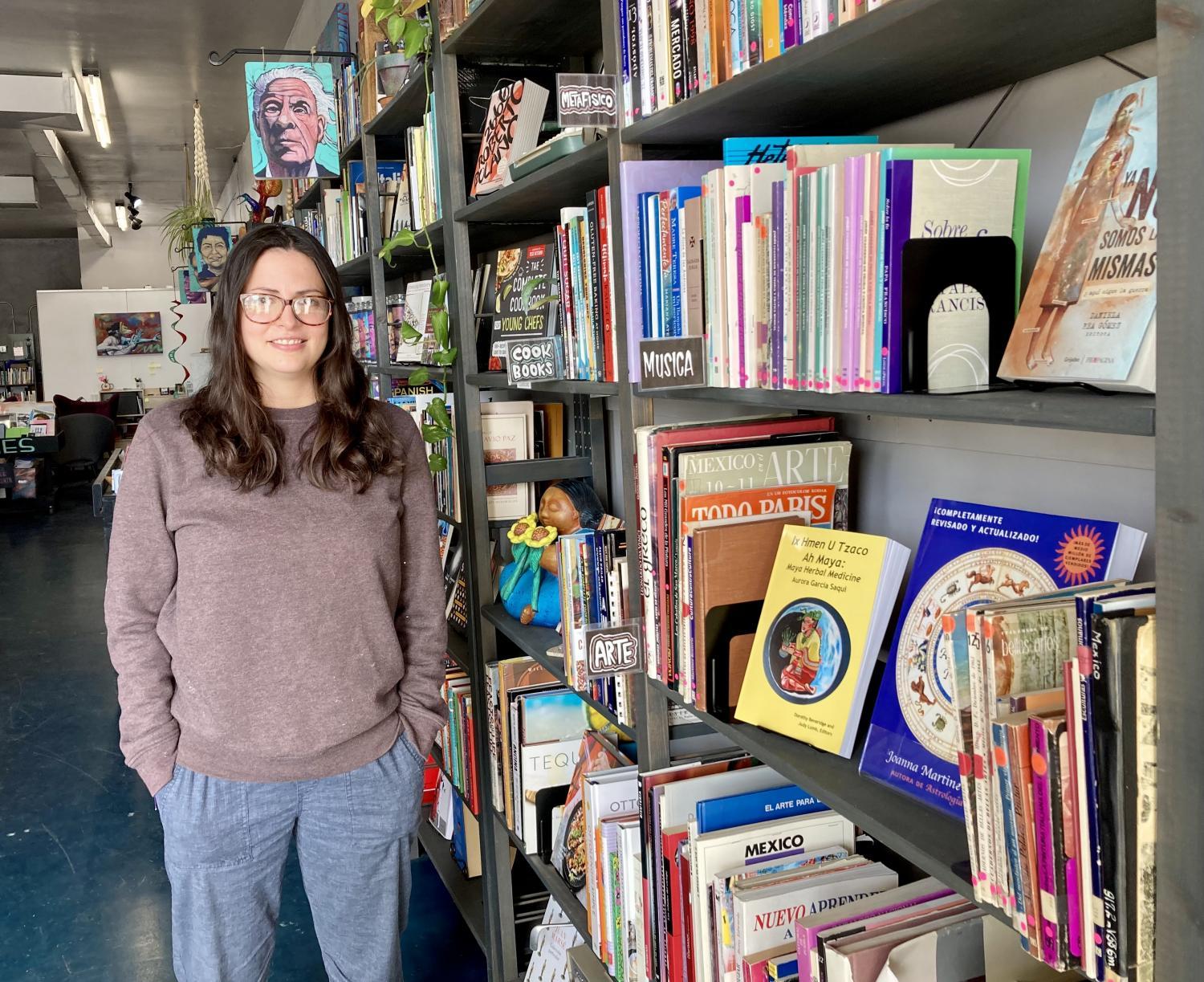 “We didn’t want the bookstore to go under because it was so important to us,” she said.

Palabras, which is Spanish for words, is more than a bookstore. Before the pandemic, it was a gathering space for underrepresented voices to discuss books and share poetry, it’s now a drop off site for COVID-19 Mutual Aid Solidarity Network. And it’s become a second home for Mary Hope Lee.

In May, Lee and others created a Go Fund Me account and raised more than $10,000 to keep Phoenix’s only bilingual bookstore open.

“Without them I would not be here and that’s true now more than ever,” Magaña said.  “And it’s still a struggle every day to try and navigate this situation.”

"Without them I would not be here and that’s true now more than ever."
— Chawa Magaña, Palabras Bilingual Bookstore

Soon, she’ll be navigating in a different space. Over the holidays, Palabras will move from 17th Street and McDowell Road to a location in downtown Phoenix that Magaña has not yet announced.

“I want to try to keep growing and move on to bigger and better things,” she said.

Magaña and co-owner Jeff Slim are partnering with a local pastry chef. She said the store, scheduled to open Jan. 5, will have a home feeling.

Back at The Poisoned Pen, they’re preparing for more virtual events. While Barbara Peters is pleased with how well they’re going, she wonders how much longer it’ll last.

“I think this is going to get old for an awful lot of people and, unless we can go back to live events, I have to question how successful this will be over the course of many more months,” she said.

Two hundred eighty-two days after Arizona’s governor declared a public health emergency, author Isabella Maldonado says people are seeking solace in stories, including her novel about the hunt for a serial killer.

“You know what I think it is? I think it’s cathartic for them,” she said. “Because unlike the pandemic or politics, here is a story that is encapsulated: it has a beginning, a middle and an end and an end that makes sense.”

An ending that feels especially gratifying — where good triumphs over evil and order is restored.