How Much Tax Revenue Could Recreational Marijuana Bring To Arizona? 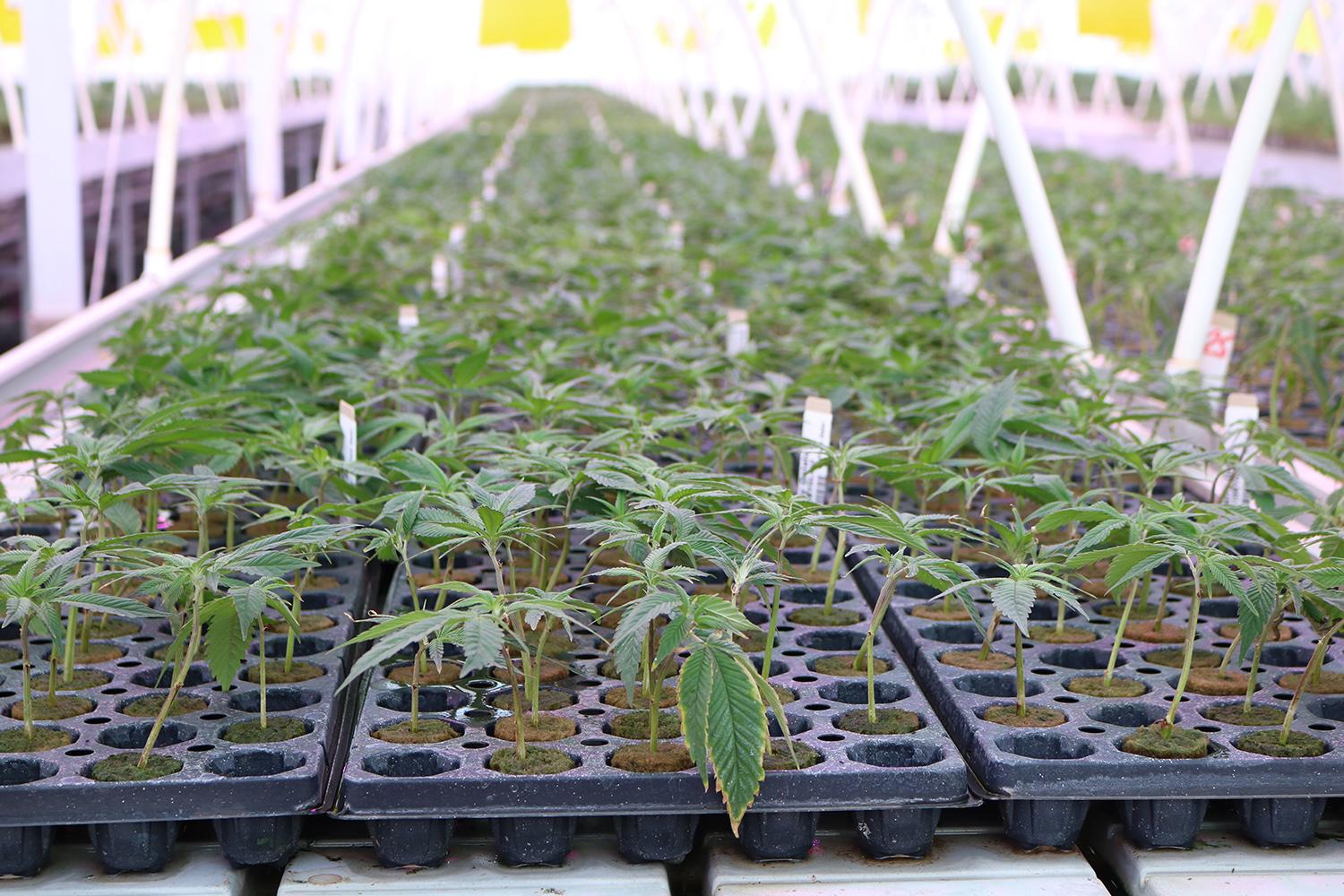 MARK BRODIE: Arizona voters last month approved Proposition 207, which legalizes recreational marijuana in the state. Once sales start, buyers will have to pay state, county and city sales taxes. Marijuana will also be subject to a 16% excise tax with that money going to law enforcement, community colleges and other programs. Arizona is one of four states in which voters legalized recreational marijuana in this year's election, and a new analysis looks at the kind of revenues those states — as well as those who've already legalized pot — might expect from the newly legalized product. With me to talk about it is Alexandria Zhang, a research officer with the Pew Charitable Trusts State Fiscal Health Project, who helped worked on the report. And Alexandria, broadly speaking, given where states are fiscally and where the economy is more broadly, what kinds of revenues might states be looking at coming in for marijuana in the next year or so?

ALEXANDRIA ZHANG: I think the most important point is that it's really hard to predict how much a state will take in from taxes on recreational marijuana. To give you a sense of the scope though, Colorado, in fiscal year 2020 — which is the most recent fiscal year — brought in a little over $300 million in recreational marijuana revenue. And while that is not an insignificant amount of money, that amounts to only 1% of the state's total budget.

BRODIE: Does it matter if the program is new or has been going on for a while? In other words, in a state like Arizona where legalized recreational marijuana will be new, does that bring a jump in revenue because people are excited to do it? Does it take a little while to sort of ramp up?

ZHANG: Yeah, the number I quoted from Colorado was, of course, six years after they legalized recreational marijuana and started legal sales. And so in the initial year or two, you will definitely see markets ramp up, some slower than others, depending on regulations and that kind of thing. And of course, you know, suppliers take some time to enter the market, get products available and ready for consumers. And so the market does take some time to ramp up. And we've seen evidence that there is the most volatility and uncertainty in those initial years as well.

BRODIE: I would imagine that the volatility and uncertainty in the economy more broadly right now probably doesn't help, adding onto that does it?

ZHANG: No, the — we've certainly seen the pandemic lead to some significant shifts in consumer behavior more broadly, at least temporarily. And that will likely add another layer of uncertainty on top of the uncertainty that comes with recreational marijuana taxation. So we've seen in, again, Colorado, they have experienced some more unpredictability and volatility when it has come to recreational marijuana revenues in the last few months. And so policymakers should definitely factor in the pandemic's impacts when thinking about how much revenue they might collect.

BRODIE: How much do states generally look to tax revenues from marijuana when they're looking at balancing their budgets? Like, is it one of those factors, like other kinds of taxes, that they really look to, to balance things? Or is it, as you referenced in Colorado, maybe just kind of a little bit of an add on?

ZHANG: Yeah, I think we've seen the trend in recent years of policymakers implementing various sin taxes or increasing tax rates on some taxes, and that includes cigarette tax and alcohol taxes. And recreational marijuana has been one of those new, alluring revenue sources for policymakers, you know, especially in these circumstances where states are facing some pretty serious budget challenges. However, as I've said before, this tax revenue tends to make up a fairly small share of state budgets overall. And so this is why we also point out that it certainly is not a cure-all.

BRODIE: Is this the kind of industry that you think over time will start to become more predictable as consumer habits kind of get settled a little bit, and more and more states in theory are doing this? Or do you get the sense that this is going to be the kind of thing where it's always maybe a little more unpredictable than other kinds of revenues that states look to?

ZHANG: I think both time and data are almost always helpful. But I think what's interesting about recreational marijuana, at least so far, is the fact that it depends a lot on consumer preferences and those can shift, you know, even in the long term. And that's similar to cigarette taxes, for example, where we've seen consumption of cigarettes really drop in recent decades. Another factor that may lessen over time is the black market, which is a big challenge for policymakers to mitigate. And so at this point, we just don't know how, how these issues will clear up down the road.

BRODIE: Does it make it more or less unpredictable the more states legalize recreational marijuana?

ZHANG: I think what we've found is that states that legalized later were able to depend on the experiences and the data of earlier adopters. However, it seems that the market in each state can be very unique, depending on the level of tourism, whether or not neighboring states have legalized. And so I think it remains an unknown as to whether the markets will be more predictable as states — more states — legalize.

BRODIE: All right. That is Alexandria Zhang, a research officer with the Pew Charitable Trusts State Fiscal Health Project. Alexandria, nice to talk to you. Thank you.

ZHANG: It was a pleasure. Thank you.