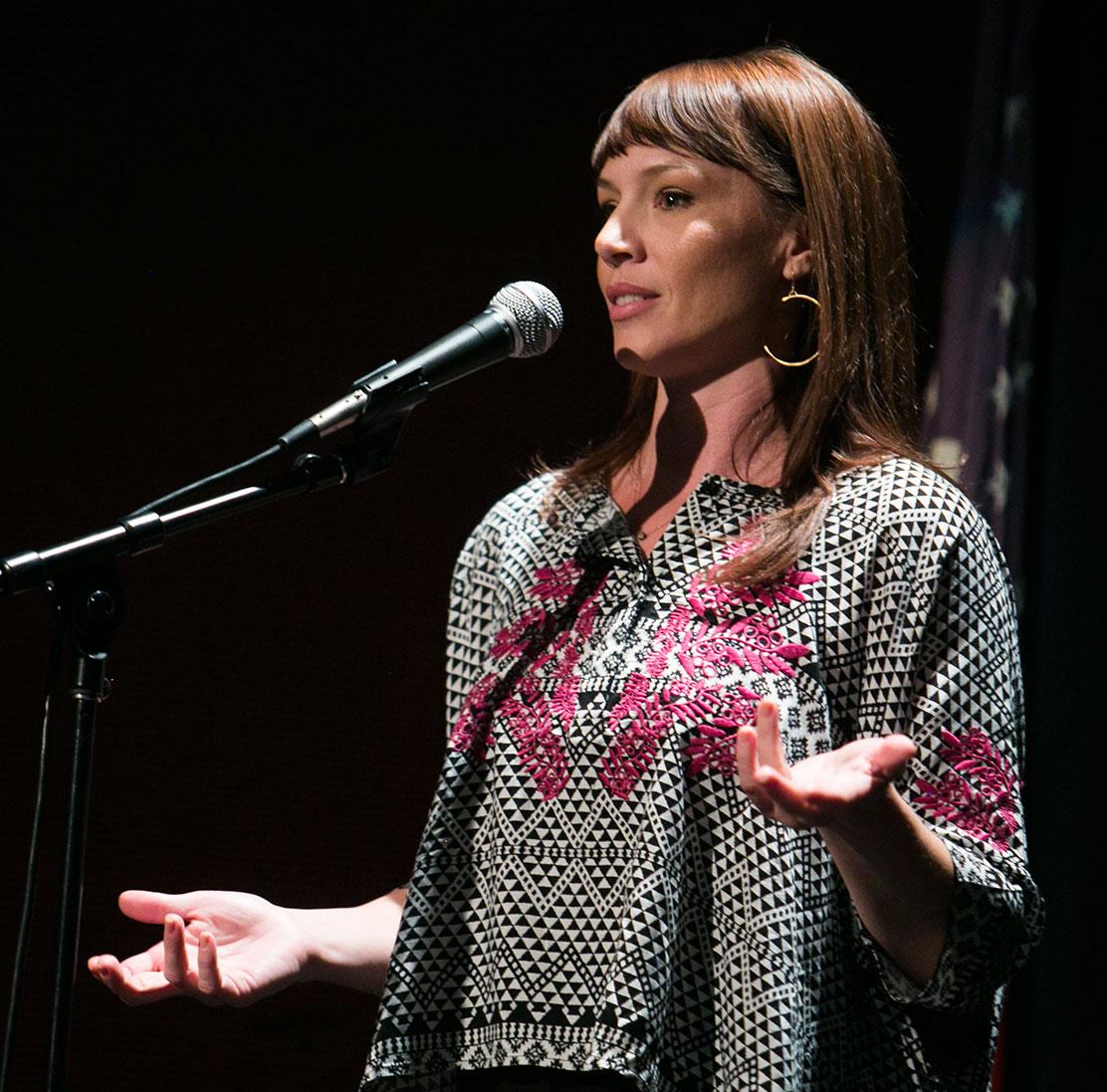 Dominic Valente/Arizona Republic
Rachel Simmons shares her story at the Scottsdale Center for the Performing Arts.

In 2008, Rachel Simmons was an interior designer in Phoenix. But when the economy fell apart, she was out of work. After failing to find another job, a friend gave her the idea to travel and get away for a while. So she and her son, Jake, sold everything they had and moved to Greece. Then Simmons met and married a man named Dimitri.

Rachel Simmons is the co-founder of Designstein in Phoenix.

You can hear more stories like this at our next night of live storytelling.