Frank Lloyd Wright Designed A State Capitol For Arizona. Here's How It Would Have Looked 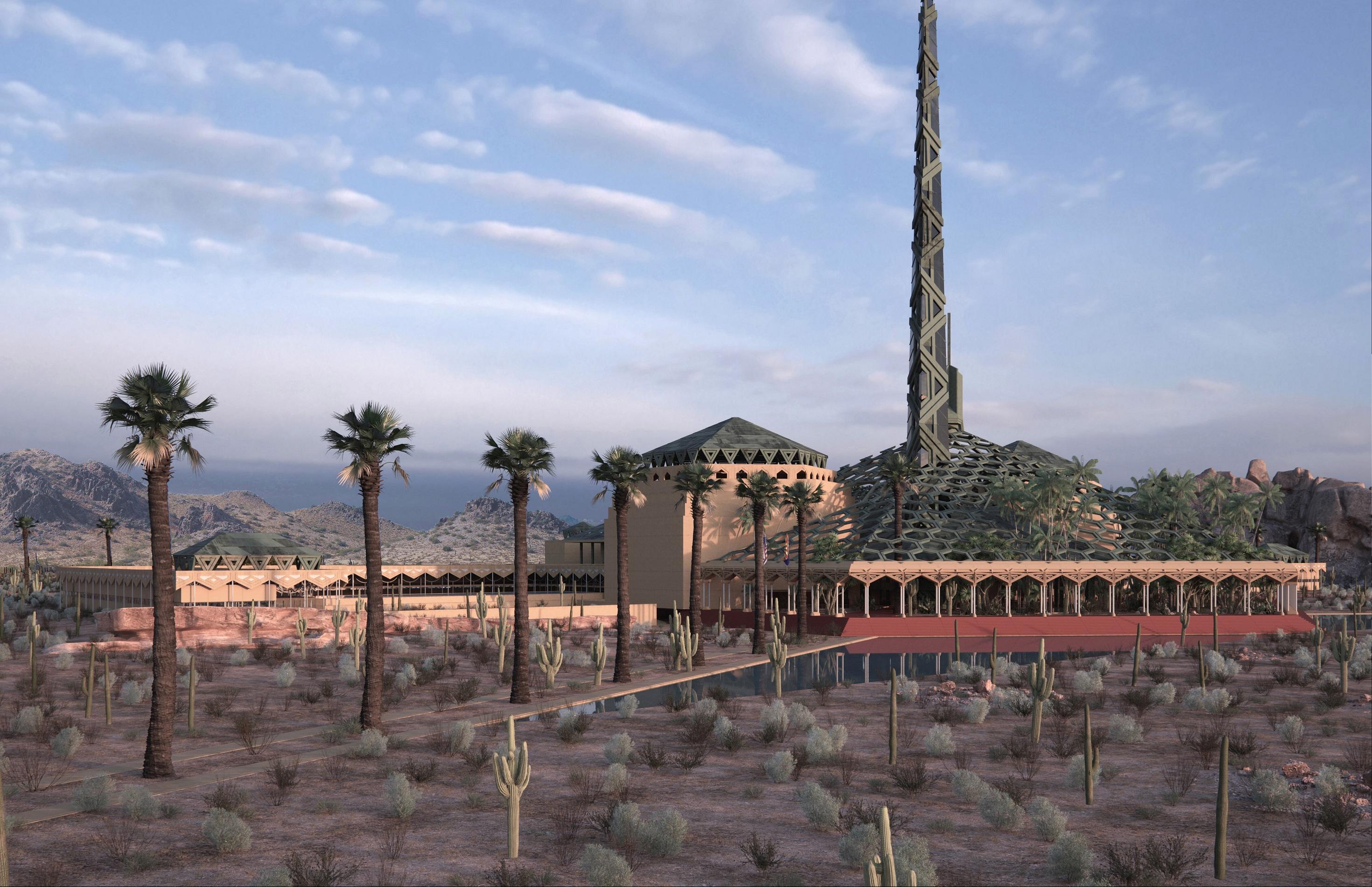 STEVE GOLDSTEIN: Some of Arizona's best known and striking designs were created by international legend Frank Lloyd Wright. Not included in that group is the state Capitol, but that isn't for lack of trying. In the late 1950s, Wright offered his architectural vision for the Capitol complex, but lawmakers were unenthusiastic. A story about Wright's approach to the Capitol — and visuals of what those ideas would have looked like — are part of the latest edition of Frank Lloyd Wright Quarterly, which is published by the Frank Lloyd Wright Foundation. With me to talk about what Wright had in mind for legislators is Jeff Goodman. He's vice president of communication and partnerships with the Frank Lloyd Wright Foundation. So, Jeff, let's go back. More than 60 years, a design for the state Capitol was released. Some were not overly enthusiastic about it. So take the story from there.

JEFF GOODMAN: A lot of people think of the Arizona Capitol as being the building downtown with the dome, but the Capitol building is actually more of that tower behind it. That, I think it's fair to say, is not the most incredible building we have in Arizona. So when that design was released, a local reporter thought, "We have the world's greatest architect in Arizona. Let's see what he has to say about it." And as you can imagine, Wright was not impressed. And the reporter went up to Taliesin West to visit him to get his feedback on it. And Wright started drawing what he would do if he were to design a capitol building worthy of the great state of Arizona. And this design, I think a lot would consider radical. But he created the celebration of Arizona as a capitol building that wouldn't have been in the location that we know now. It would have been out in Papago Park, and it would have really more deeply reflected the things that he loved and many others love about the state of Arizona.

GOLDSTEIN: And that would have fit in with so much of Wright's motif — to have it actually in the desert as opposed to a more urban area. 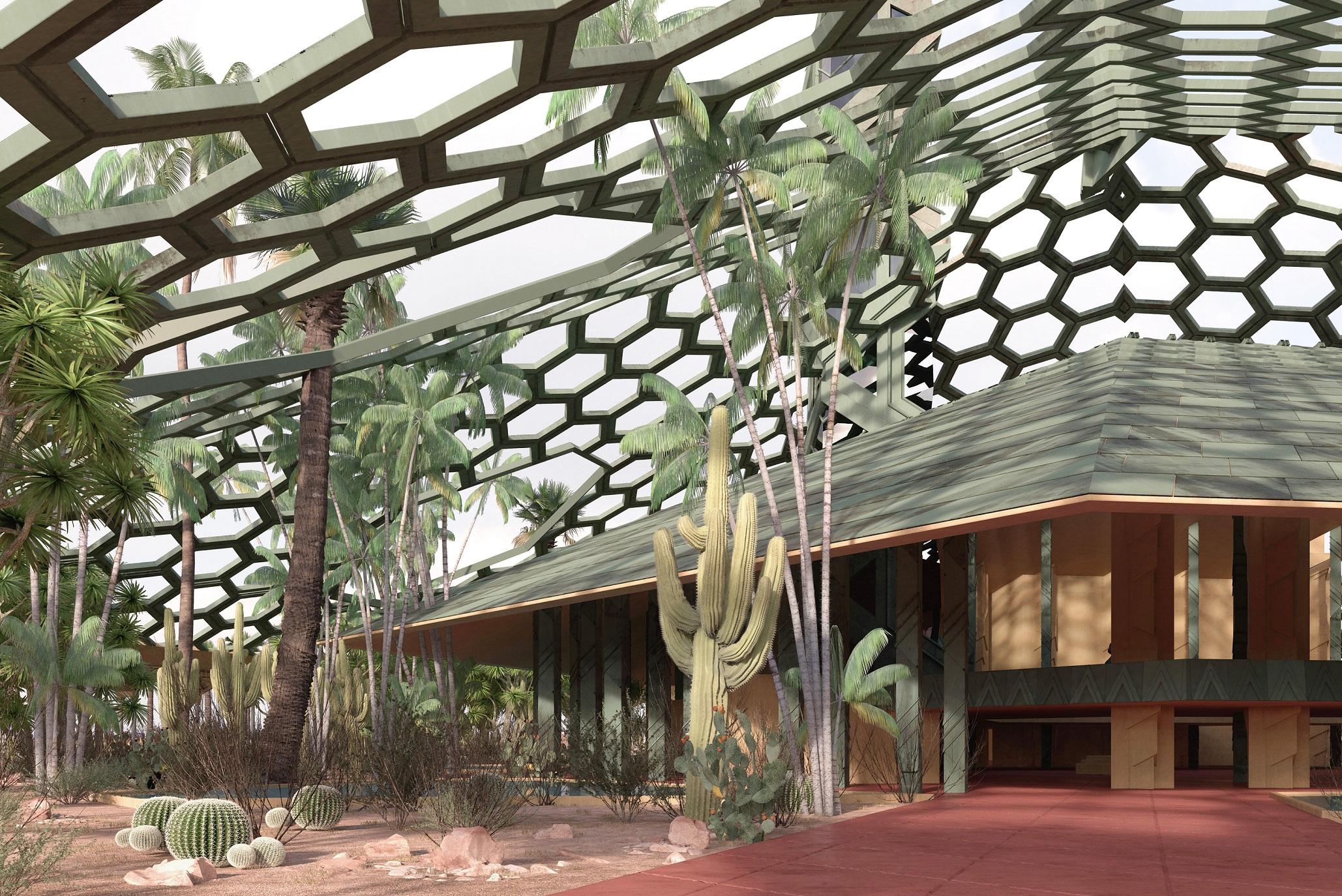 GOODMAN: Exactly. Frank Lloyd Wright was all about designing for the land and designing for the specific location of where the building was going to be. He's very site specific and time specific and also relied on the natural resources of the location. And here in Arizona, our greatest natural resource is the sun. And so what he did was really design a building that brought the sun in, played with shadow, played with light and incorporated the landscape in it. When he created a drawing that a lot of people have seen, it almost looks otherworldly. He writes on the drawing in Latin "pro bono publico" — for the benefit of the people. Honestly, he probably never really thought it was going to get built. He understood the bureaucracy he was dealing with. He was really more flexing his muscles and trying to show people this is how you should be thinking about this. But it really did cause an uproar because people were saying — there was a letter to the editor that said, "What could be more ridiculous than for Arizona to go on record before the world and our own descendants is having rejected Frank Lloyd Wright as an architect." Frank Lloyd Wright was a master of PR in his time. He, he solicited students and teachers in local schools to write letters about why this building should be built rather than the building that that was proposed. But it was ultimately rejected as being too expensive, which actually it was about $3 million under the other proposal. Although many people know that Frank Lloyd Wright tended to go over budget. It was, I think, considered too radical.

GOLDSTEIN: You know, Wright's reach is international and through the generations. Why do you think it was important to focus on some of his works that didn't quite get finished? 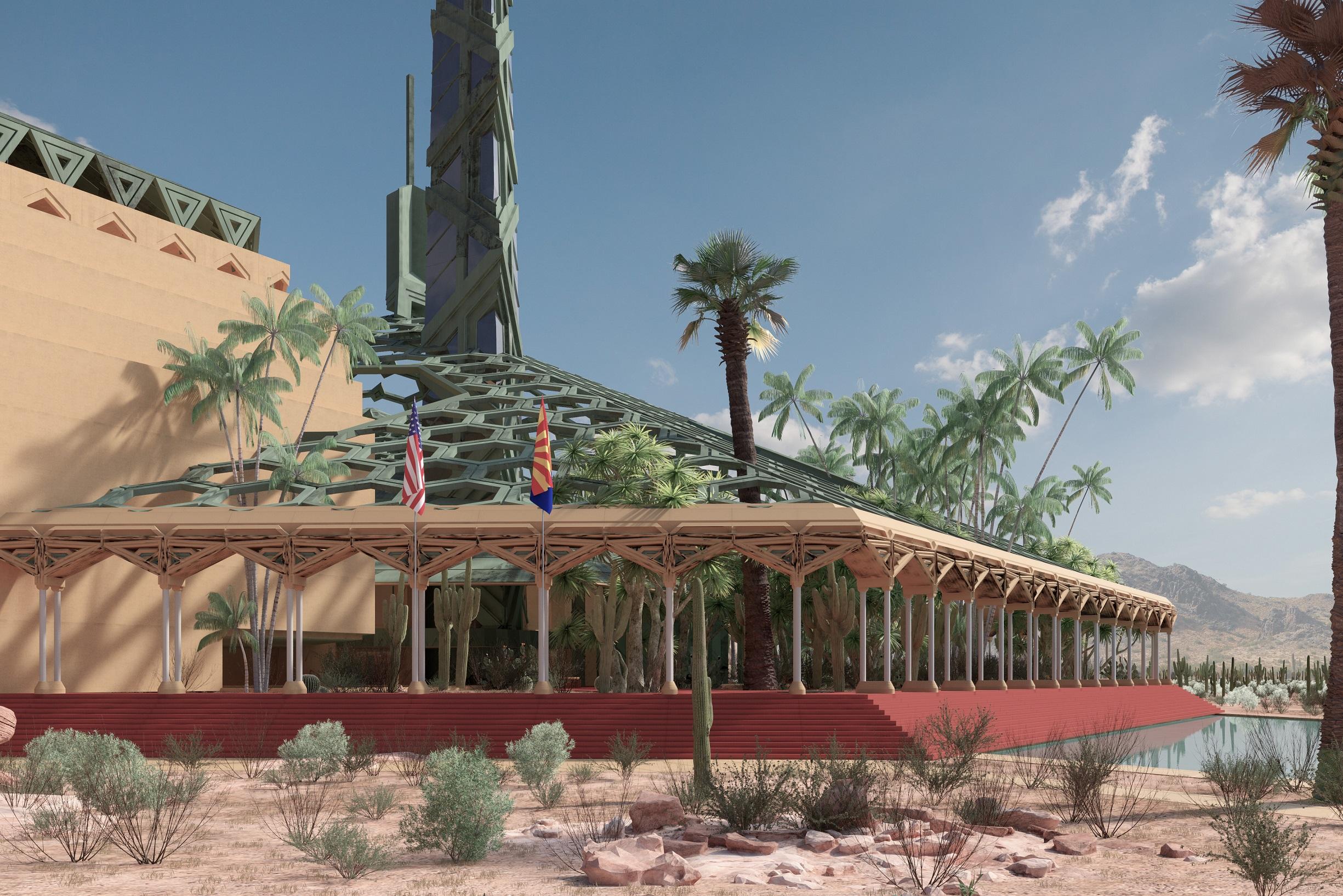 GOODMAN: So the mission of the Frank Lloyd Wright Foundation is to inspire people to discover and embrace an architecture for better living through meaningful connections to nature, the arts and each other. Frank Lloyd Wright designed almost 1,200 works in his career, but only just over 500 of them were actually built and realized. So that leads us to to imagine if some of these other works had been built, had been realized, what are the lessons that we could get from those works? What did Frank Lloyd Wright have to teach us that we'll never get to experience? And through these deeper explorations of the undealt work, we get to understand how Wright's principles make our life better. We really strongly believe that there are incredible benefits from adopting principles into your life that lead to not only greater mental health, but physical health as well. Science has proven that since Wright's lifetime that these improve your health and wellness. So there are these meaningful connections that you see on full display with the Arizona Capitol Building when you look at these photorealistic renderings. You see the connection between the building and the landscape, drawing the beauty of the Sonoran Desert into your life. You see the connections to the arts. He had sculpture and art galleries and just beauty surrounding the visitor to the Capitol. And most importantly, the connections to each other. The building is really a celebration of democracy and community, reinforcing this idea that through the Arizona Capitol, as a community, we can come together as one in pursuit of the greater good. And so it's really gratifying for us to be able to explore these other works that we'll never be able to visit in person and share with the world what you can learn from them. So we do this each year with the Frank Lloyd Wright Quarterly magazine, where we explore these unbuilt works. And these images — these, quote "photos" of the Arizona Capitol — are just absolutely stunning, and I look forward to sharing them with the world.