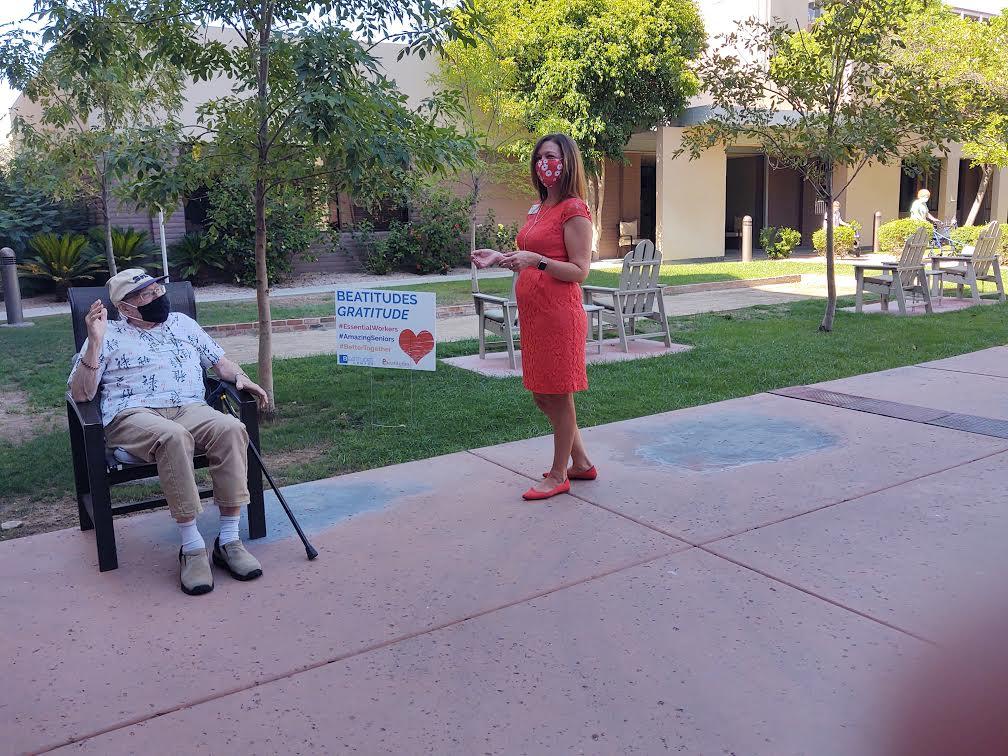 Last week, the committee that recommends which groups will get first access to coronavirus vaccines said nursing home residents should get priority. Gov. Doug Ducey appeared to echo that.

Michelle Just is the CEO of the Beatitudes Campus in Phoenix. For her, her staff and the residents they serve, a vaccine is the light at the end of the tunnel. She said they plan to create FAQs for residents and families.

“And kind of preparing just the education standpoint of that because this did come quickly, which we're grateful for," Just said, "but I do think there's a lot of hesitation out there and so education is going to be the important piece of this.”

“We've been at this now for nine months," she said. "But they understand that their work and it, it's very important. It's refreshing for us now to see families being able to start to visit again, that has worked out well.”

Just said essential family visitors now have to be tested twice a week, just like staff. Despite a vaccine on the horizon, Just said she and many others in the aging services field are holding their breath, waiting to see what happens as COVID numbers continue to spike.