Metrocenter Mall used to be the place to hang out and shop. But in June, the mall closed after 47 years. There’s a lot of stuff still inside Metrocenter, and starting Friday, much of it will be on the auction block.

For a lot of us who grew up in Phoenix, Metrocenter holds a special place in our hearts, myself included. And now we can own a piece of our past.

"The tenants that moved out, they did take a lot of their stuff that the malls been around for so long, we have an accumulation of so many different items that were left there. So that's what the auction consists of. This first auction I'm pretty excited about because it has the Christmas decorations," she said. 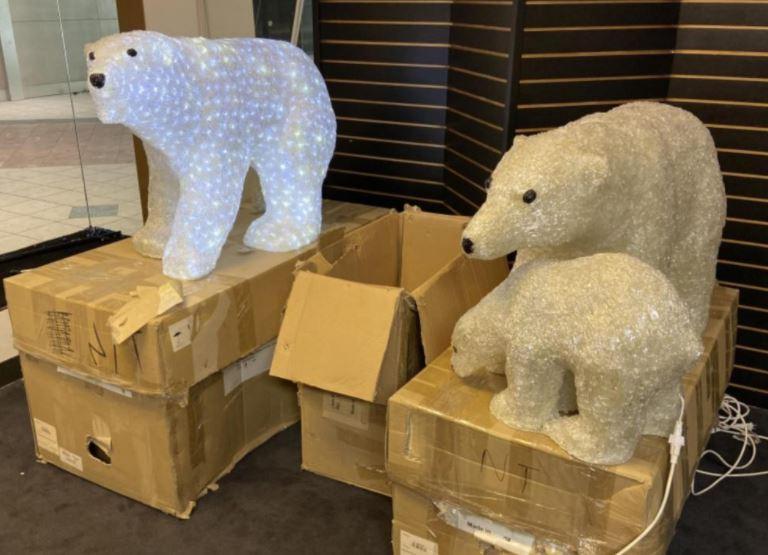 EEJ's Auction & Appraisal
A light-up polar bear display is one of the many items up for auction from Metrocenter Mall.

There’s a light-up polar bear display, oversized ornaments, a 6-foot-tall nutcracker, there’s even the bench where Santa once sat.

Eric Hoyer is the CEO of EJ’s Auction and Appraisal. His company is handling the online auction.

"There have been prior auctions of some other malls in the valley in the past. But as far as a historical mall, not nothing like Metro Center," he said.

And it's not just holiday items up for auction.

EJ's Auction & Appraisal
Bidders can purchase Metrocenter store signs, including this one.

"I think that with there being so much history and part of the mall being a part of everybody's childhood that some of the items that I thought oh, that will never sell is what the auction say, no, that might be one of the biggest sellers," said Ramirez

To participate in the auction, go to EJ's website and register.