The pandemic has made the most wholesome holiday traditions dangerous: Traveling home, gathering with family or sharing a meal with loved ones.

Food is so much a part of the holiday season. So Amy Silverman created “Eating Christmas,” a live storytelling event held each December. Writers share essays about the holidays and food — sometimes with the food at the center of the story, and sometimes not so much.

“Eating Christmas,” like the “Bar Flies” storytelling series at Valley Bar it later inspired, will not be in-person this year. Instead, Amy came on The Show to tell these stories at a time when we’re all craving something — be it a heavily frosted cake or a mother’s embrace. We’ll be sharing four essays this month, one every Thursday.

But before our first bite, The Show spoke to Silverman about what “Eating Christmas” is all about. 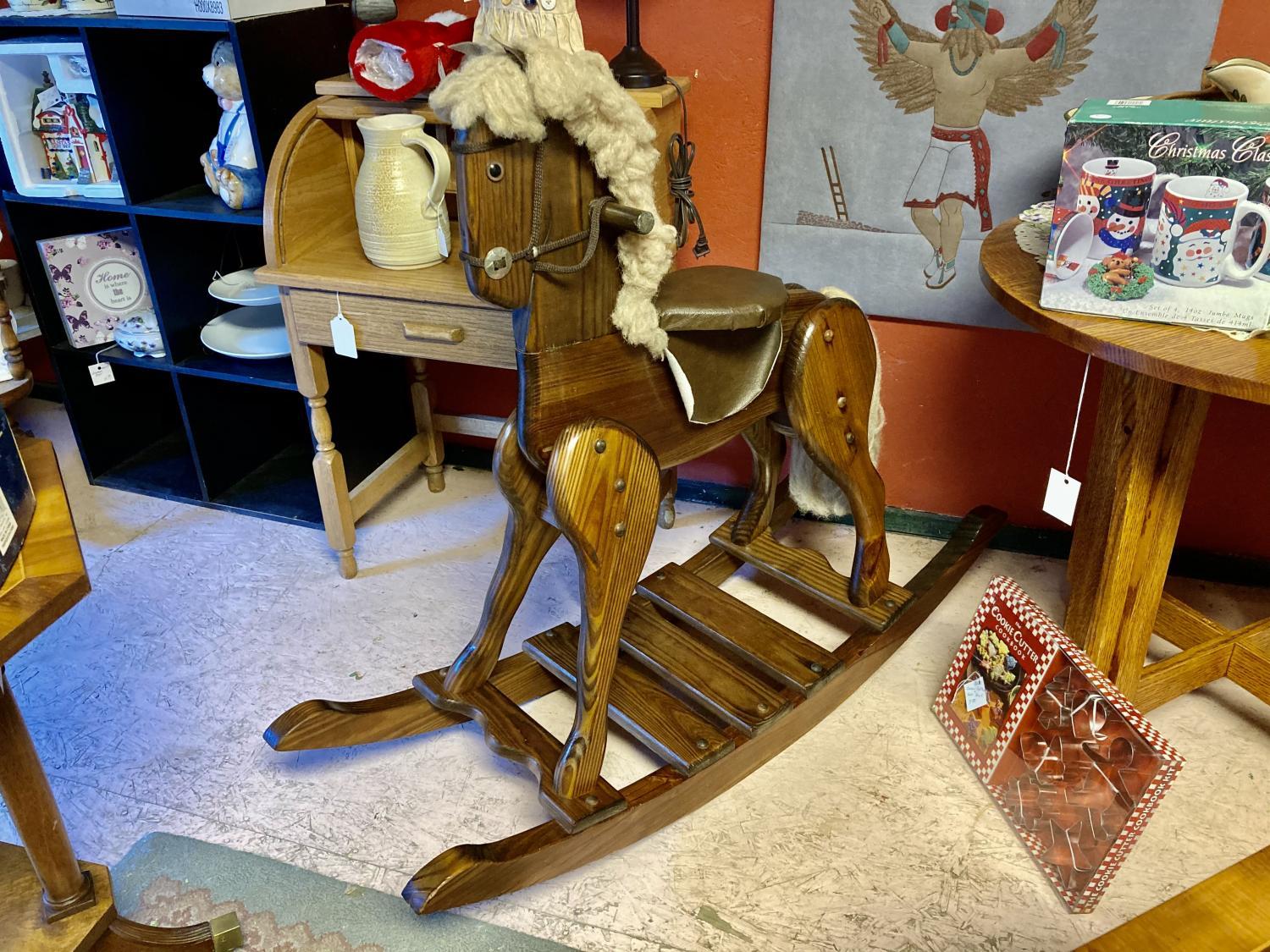 Katie Campbell/KJZZ
Katie Campbell found this rocking horse in an antique store in Clarkdale, Arizona, on November 24, 2020. It was not as splendid as the rocking horse a younger Campbell dreamed of, but it probably would've been good enough to spare Santa.

'Santa's Head on a Platter' by Katie Campbell

Most 5-year-olds have some pretty predictable Christmas wishes: a puppy, a doll, maybe world peace if you know you’ve been bad.

Not me. I wanted Santa’s head on a platter.

I was a good kid. The sort of good kid one might even call a goody-two-shoes. Totally fair assessment.

You know those moments of childhood shame that haunt you well into adulthood, sneaking up on you right as you’re about to fall asleep? This is that. The story of my vengeance on Santa, as I remember it, 23 years later.

All those years ago, when asked what I wanted for my birthday or Christmas or, I don’t know, for lunch, I would say a pony.

The blame for this obsession should be shared equally between two things: My mom’s best friend and the My Little Pony franchise. 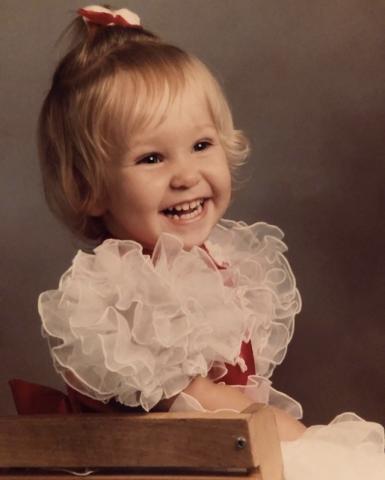 Katie Campbell/KJZZ
Katie Campbell flashes a wide smile as a toddler in her Christmas best. Who knew what she was capable of then?

My mom’s friend had a sweet dapple gray horse named Apache. She’d saddle the poor guy up when we visited, and let him wander around with me on his spotted rump. That started my equine love. My Little Pony and those toys that smelled like rubbery candy took it to the next level.

Alas, it was not meant to be. My mom didn’t sugarcoat the many reasons why: Horses were, among other things, too big for the backyard, too much work for a 5-year-old and way too expensive.

Somewhere along the way, I got it in my head that if I wasn’t getting a real pony, I should have a rocking horse. More specifically, an ornate, handcrafted rocking horse with long, swooping runners, one that would be at home in the haughty decor of “The Secret Garden” circa 1987. My favorite.

I convinced myself the rocking horse would be waiting for me under the tree that Christmas.

But when I woke up Christmas morning at my dad’s house, there was no rocking horse.
There wasn’t one at my mom’s house, either.

Just in case there was a retroactive Naughty List, I resolved to be on my very best behavior. Even I didn’t see my crime coming.

I stifled my disappointment and enjoyed the toys Santa had brought me, including a lavish Barbie decked out in a black and pink tulle gown — a collectible that had to remain in her box. Later, we gathered around an old folding table stacked with treats.

The centerpiece was a Santa cake. The colorful Santa was decorated in waves of frosting and candy accents, shouldering a bag of decadent gifts and standing on a rooftop of snowy sugar that was distinctly out of place in Florida.

As I remember it, I stood next to my dad in a bright green dress, just tall enough to grip the edge of the table on my tippy toes.

I eyed the cake greedily. My dad held a knife ready to slice in but was distracted by adult chit-chat until I interrupted in my sugariest voice: “I want his head!” 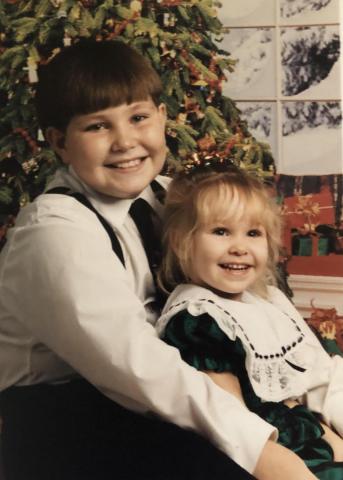 Katie Campbell/KJZZ
Katie Campbell poses for a Christmas photo with her brother, Josh, in the mid-90s. Josh frequently called her a "drama queen" when they were growing up. Did he push her over the edge?

If I had known the word “mortified” at the time, that’s how I would have described the vibe.

The chatter stopped. Someone gasped. Everyone stared. I flashed an innocent smile and made eyes toward the cake.

My dad silently cut off Santa’s head and plopped it on my plate, as the guests looked on in horror. I dug in.

Horror turned to humor as my stepmom’s sister advised her to sleep with one eye open. I caught on and held back hot, humiliated tears.

My poor mother, I thought. What was she going to think of me when she heard this? What had happened to her darling little girl?

That shame followed me for a long time. I took pride in my gentle, well-mannered nature. Like, I literally have a certificate from around that time naming me “Miss Enthusiasm.” These days, I can still be unbearably sweet — I admit it — but I also really enjoy this early glimpse at my inner ferocity. It suits my feelings toward Christmas now, anyway: I’m just here for the Santa-shaped snacks — enjoyed head-first, of course.

Even after Santa was reduced to crumbs and I went back to trying to play with a permanently boxed Barbie, the guests continued to taunt me for my first-known mean act. Oh, how adorable! Sweet little Katie Campbell has a mean streak in her!