LAUREN GILGER: The pandemic has led many to focus more on inequities facing people of color in America, especially because it was occurring simultaneously with racial justice protests related to the killing of George Floyd. Earlier this year, Professor Donna Patterson of Delaware State University joined The Show to discuss that. She [more recently] spoke with our co-host, Steve Goldstein, as expectations are growing that COVID vaccines will be available sometime next month and could be given to the general public by next spring. Will the vaccines make it to underserved communities as rapidly? He started by asking Professor Patterson if she's seen more attention paid to the inequities in the pandemic response in the last few months. 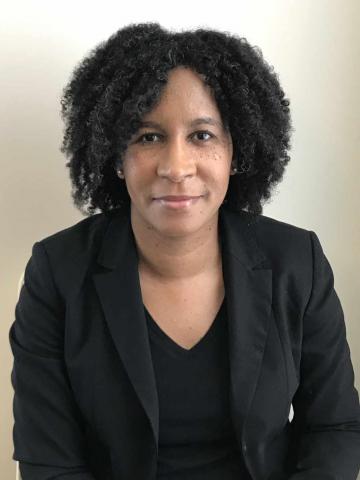 DONNA PATTERSON: Yes, I think there is more attention being paid to those concerns than there was both prior to the pandemic and during the early phases of the pandemic. There's been a lot of call for more discussion about racial disparities of health, health inequities, but also definitely in terms of women and women of color and particularly Black women and health access — particularly looking at maternal health. Recently, the American Medical Association made a statement on race. More medical professionals in particular have really been sounding the clarion call, if you will, about some of these issues, particularly on social media during the pandemic. And it's very interesting to see these discussions about race and health inequities make their way in more widespread conversations and discussions.

STEVE GOLDSTEIN: Unfortunately, we're seeing all across the country cases spiking again — in some places worse than they had during the spring and summer. Are you concerned that that will make the inequities, renew them in a way that perhaps we didn't see in the summer? Or will some of this slight level of progress help that from getting out of control?

PATTERSON: I mean, definitely the spikes or concerns of everyone of whatever racial background, religious background, whatever background people may have. Because what we're seeing now is a much more pervasive spread of the pandemic — not just in terms of scope, because some small rural areas where it hadn't reached in the spring and the summer — it's now got — now made its way there. But also in terms of the numbers in the spikes — in the surges, as you say — throughout the country. Right now, 45 out of our 50 states in this country are seeing elevated numbers. In some cases, a number of states, both in the East Coast and in the Midwest in particular, are seeing numbers that were higher than they were even in the spring. So that's definitely of concern to everyone. Now, in terms of kind of inequity, I think the main thing right now in terms of health inequity, would be kind of access to medical facilities, access to medical care. And in some cases that could be of certain urban areas, but I think something that we're seeing even more and is more concerning to me is rural access and the lack of rural access that we're seeing. Because you don't have the hospital beds, you may not even have hospitals in a lot of communities where there's a shared space between different small towns and rural areas and that sort of thing. And I think this is something, too, that we're going to see moving forward with vaccine distribution as the pandemic persists.

GOLDSTEIN: That is one potential sign of at least better news, that there are different companies that appear to be making progress on vaccines. There's even hope that sometime next month, health workers, frontline workers will get a chance to, to get a vaccine. What's your level of what will happen to the — as far as the general public is concerned? Do you think there will be even distribution? Do you think we'll see rural communities, communities of color being left behind for a while?

PATTERSON: That's mixed. So let me approach this in a number of ways. Definitely in terms of the earlier rollouts, the talk is about vaccinating medical professionals, medical staff, which makes sense given that we're in a pandemic and they're the first line of response. So doctors, nurses, hospital clinical support staff. Also there is talk of administering the vaccine in nursing homes where we've also seen a lot of COVID spread. But also to essential workers — so grocery store clerks, people working in warehouse, meat processing and also those in distribution. And so that's important. So I think in terms of racial diversity and access and or, I think the big thing to think about here is just kind of what the makeup of those different populations look like. So depending on if someone works in that sector, depending on their racial background, they may or may not have kind of the first access to the vaccine. I think some of the other groups of people that should be considered in some of the early rollouts include people such as teachers and coroners and morticians because of both teachers as providing a social skill, but also coroners and morticians, because they're having to handle a lot of bodies, deceased persons who may or may not be carrying COVID depending on how they died. So I think this is something to take into consideration as we move forward. Another piece that I want to talk about, too, is in terms of distribution, because the one that has applied for government approval first is the Pfizer vaccine, as you know, which is showing to be 95% effective in trials. It will require two doses. So I think this is another big thing to think about, not just the initial rollout in terms of population. So the people who would be vaccinated in December, would have to come back about mid to late January to get their second dose. And so this is something else to consider in terms of the number of doses. But also, it has to be refrigerated at very, very low levels, something like minus 100 degrees Celsius, which will make it difficult to transport definitely and will definitely impact communities that may not have the facilities to accommodate it early on in this process.

GOLDSTEIN: Is there any reason to believe that certain communities of color, other communities as well, would be less interested or less trusting of a vaccine?

PATTERSON: People of color for certain. There's already been some discussion on that. And of course, that's going to be mixed, depending on who you may speak to in the group. But I think when you think about the history of both kind of medical experimentation, vaccination, drug trials and different things, that there have been some ethical problems in the past. We can think about Tuskegee experiment. We can think about birth control trials in different countries, both in the U.S. and abroad, and sterilization efforts of certain communities of color, particularly Black and brown women in this country and other countries. And so, yes, there is some reticence by some of those groups but also groups of different backgrounds, and for a variety of reasons.

GILGER: That was our co-host, Steve Goldstein, speaking with Donna Patterson, director of Africana Studies at Delaware State University.