A Third Of Arizona Is In 'Exceptional' Drought 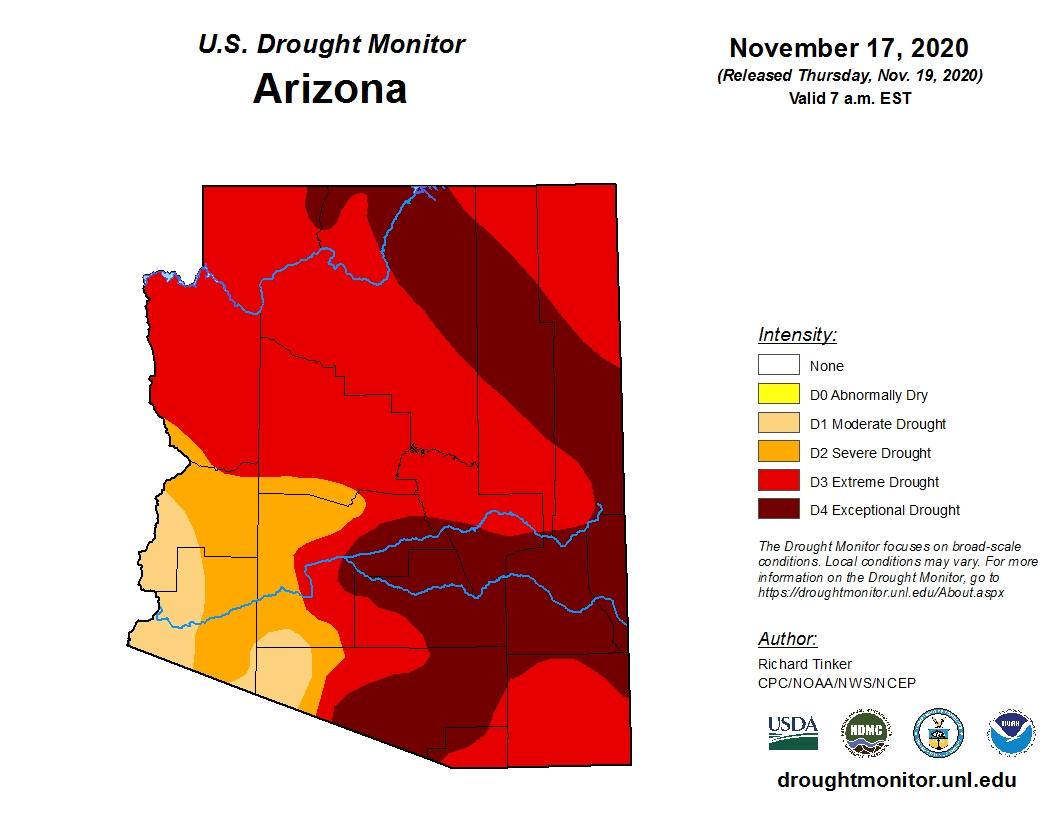 At the start of this year, less than a third of Arizona was experiencing drought conditions. Now, the entire state is.

Richard Tinker with the National Oceanic and Atmospheric Administration said Arizona has seen not only the hottest year on record, but one of the driest.

“Add to that that there’s been some lingering deep soil moisture issues going back to a couple of monsoons ago and it’s just a pretty bad situation all through the state," Tinker said.

Tinker said it would take several heavy storms to begin to reverse the trend, but that’s not likely to happen soon.

“Looking at the next few months, things don’t look very promising," Tinker said. "We have La Niña conditions out in the central Pacific Ocean and when that happens, more often than not, Arizona’s going to see below-normal precipitation during the late fall and into the early spring.”