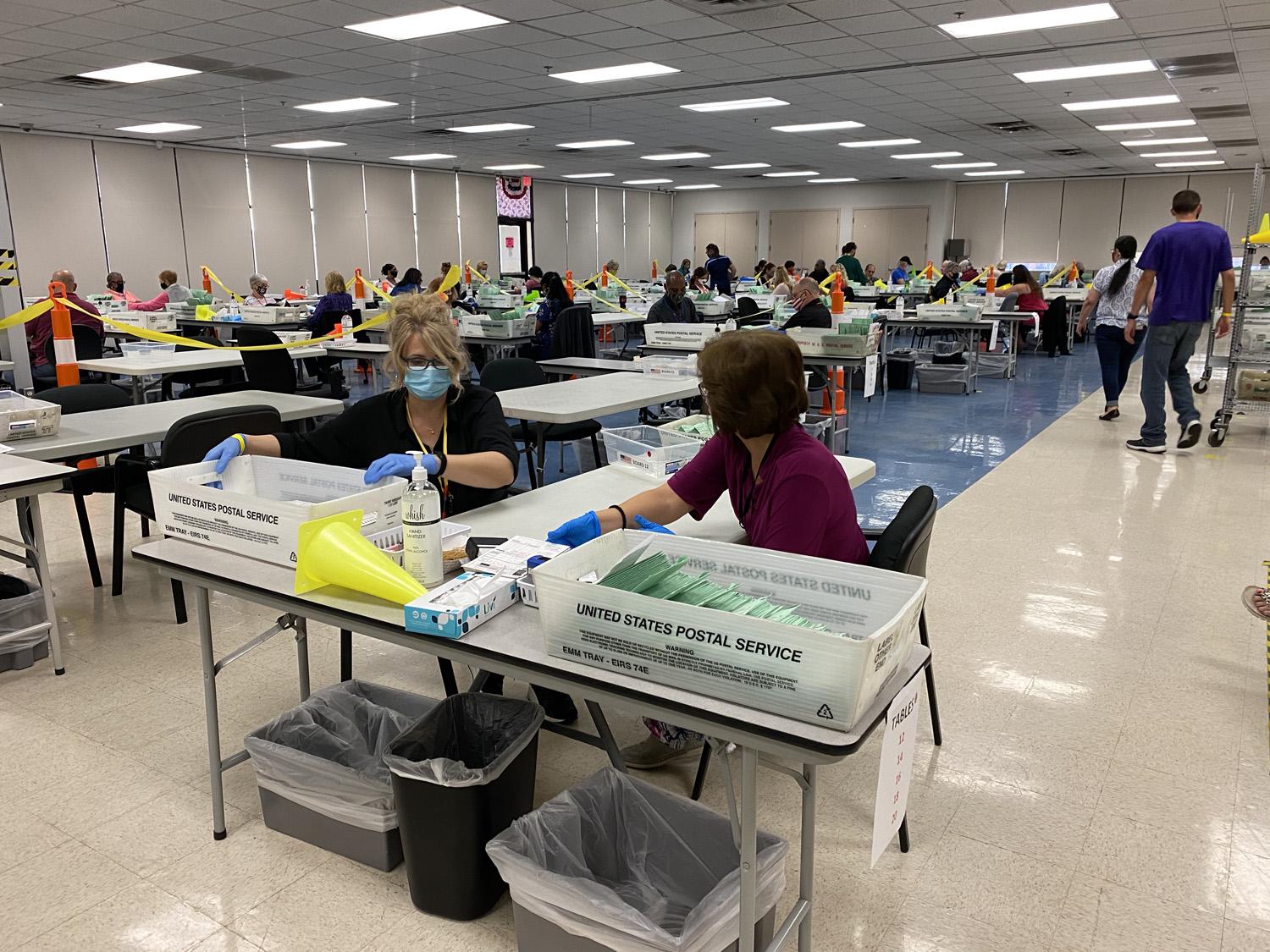 A judge has rejected the Arizona Republican Party’s bid to postpone the certification of election results in Maricopa County and dismissed the party’s legal challenge that sought a new audit of a sampling of ballots.

Judge John Hanna issued the ruling Thursday with little explanation, saying only that the GOP’s request to amend its lawsuit was futile, barring the party from refiling the case and promising a full explanation of his reasons for the decision in the future.

Maricopa County officials are expected to certify election results Friday. It's unclear whether the party plans to appeal the decision.

While the Republican Party said the purpose of its challenge is to determine whether voting machines were hacked, Democratic Secretary of State Katie Hobbs’ office said the suit is a delay tactic aimed at undermining the certification. No evidence of fraud or hacking of voting machines has emerged during this election in Arizona.

The court ruling comes as the state GOP has pressured county officials statewide to delay certifying their election results, leading officials in Republican-heavy Mohave County to postpone their certification until Monday.

Kelli Ward, chairwoman of the Arizona Republican Party, responded to the decision by asking for an examination of a larger audit of ballots cast throughout Arizona.

“Arizona voters deserve to have complete trust in their election procedures. They should also have supreme confidence that only legal ballots were counted in the 2020 election,” Ward said. “Failure to address their concerns actively harms our state and our nation.”

The county completed a hand-count of some ballots on Nov. 9 that showed its machine counts were 100% accurate. The same was found Wednesday during routine post-election accuracy tests on the counting machines.

Still, the GOP suit sought a new limited electronic audit of ballots that would be measured on a precinct level, rather than the audit that was conducted of the county’s new vote centers, which let people vote at any location across the county.

When postponing their certification vote until Monday, officials in Mohave County cited what they said was uncertainty about the fate of election challenges across the country, while still expressing confidence in county’s own elections. In contrast, the Republican-dominated governing board for Maricopa County said it planned to certify as early as Friday, and its chairman has said there was no evidence of fraud, misconduct or malfunction in the election.

The GOP argued state law requires the hand-count audit to be done on the basis of precincts and said county officials would still have adequate time to certify results.

Lawyers for Hobbs and Maricopa County said the law in question doesn’t provide procedures for counties that use vote centers, so the Legislature authorized the secretary of state to make those procedures, which were approved by the Gov. Doug Ducey and Attorney General Mark Brnovich, both Republicans. They also pointed out the Republican Party participated in the hand-count audit completed on Nov. 9 and argued the GOP waited too long to file its challenge.

On Wednesday, Ducey expressed confidence in Arizona’s election system but refused to denounce unsubstantiated voter fraud claims made by some members of his own party and declined to acknowledge that Biden had won the presidential race, saying there were still election challenges under way. The governor, however, denounced recent threats of violence made against Hobbs and her family.

“Far-right fringes of the Arizona Republican Party should stop trying to undermine Arizonans’ faith in free and fair elections,” said Geoff Burgan, the Biden campaign’s spokesman in Arizona. "This ruling is a win for Arizonans who turned out in record numbers this fall. It’s time for Gov. Ducey and others to move forward and recognize the will of the voters, given the pressing issues Arizona is facing with COVID-19.”