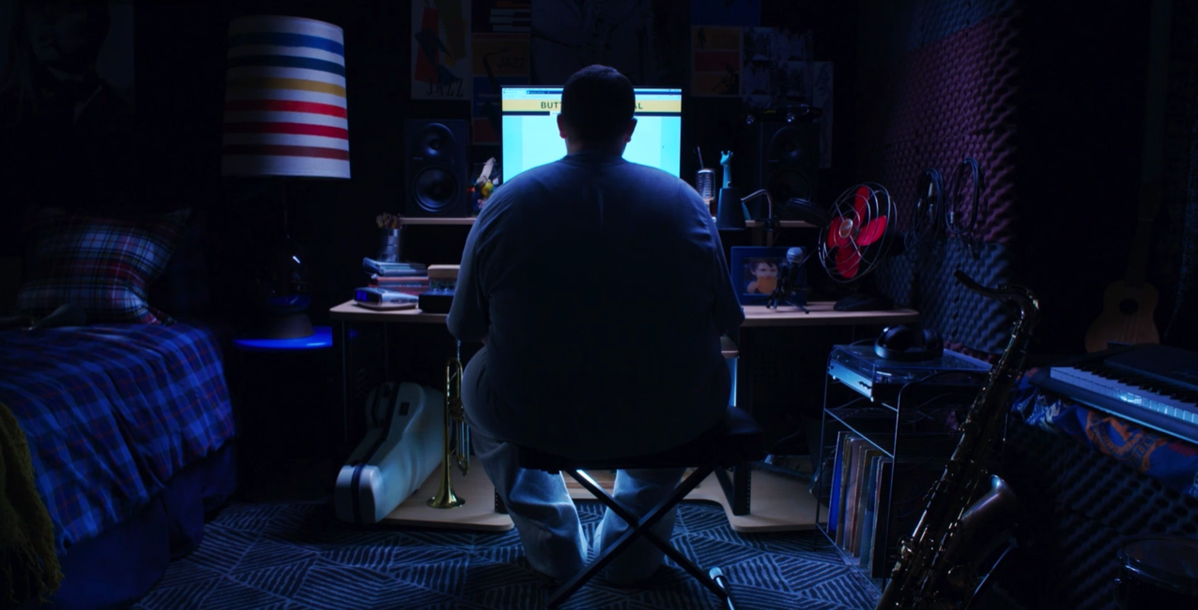 STEVE GOLDSTEIN: [Nov. 6] is the opening of the 20th Scottsdale International Film Festival, and while COVID has forced the festival to change its approach, fans will still get a chance to attend by purchasing passes online to stream the festival. Virtually kicking off the festival is a movie about "Butter" — and not the kind you would put on your toast, but a lonely, obese teenage boy who lives in Scottsdale. Butter is not his actual name, but it's what everyone calls him. And tired of the bullying he experiences daily, he comes up with a pretty morbid plot.

BUTTER: On New Year's Eve, I'm going to eat myself to death, live on the internet. Ignore me now, ---holes!

MARK BRODIE: The dramatic plan is Butter's way to get back at everyone who is bullied him, but things don't quite end up how he imagines. The movie is based on a book by the same name. And our co-host, Lauren Gilger spoke with the local author, Erin Jade Lange. And they began with more about Butter, her main character and inspiration.

ERIN JADE LANGE: He is an obese teen who at one point was teased and bullied, but then he got to a size where it's almost the bullying just turned to pity, and now he's just kind of ignored. People are uncomfortable and they don't speak to him at all. And to him, that's almost worse than, than being mercilessly teased. So he, in a moment of self-pity, he makes a decision to create a website. And on this website, he says he is going to commit suicide live on the internet, in sort of a death by food threat. He's going to eat himself to death. And he expects maybe pity or indifference. But what he encounters among his classmates is kind of a morbid curiosity and interest in him. And he starts getting invited to hang out with the so-called cool kids. And he has friends and things to do and he feels popular. And this is, this feels to him like real friendship and, and real positive attention, so he no longer wants to carry on with his threat. But he has set this clock ticking by saying he's going to do this on New Year's Eve. So the book is really about his choice. And in case you have young listeners, I just want to say that even though I say the word choice, suicide or self-harm is never, ever, ever an option. But I, you know, I worked in TV news for almost 20 years and we saw a lot of stories cross our, our newsroom, where a young person got to a point where they felt as though that was their only choice. And that was part of what inspired the story. And, you know, I go around and I talk to schools and young people about the story, and I always tell them that even though this book is about that choice, that I want them to never, ever, ever consider that to be a choice. 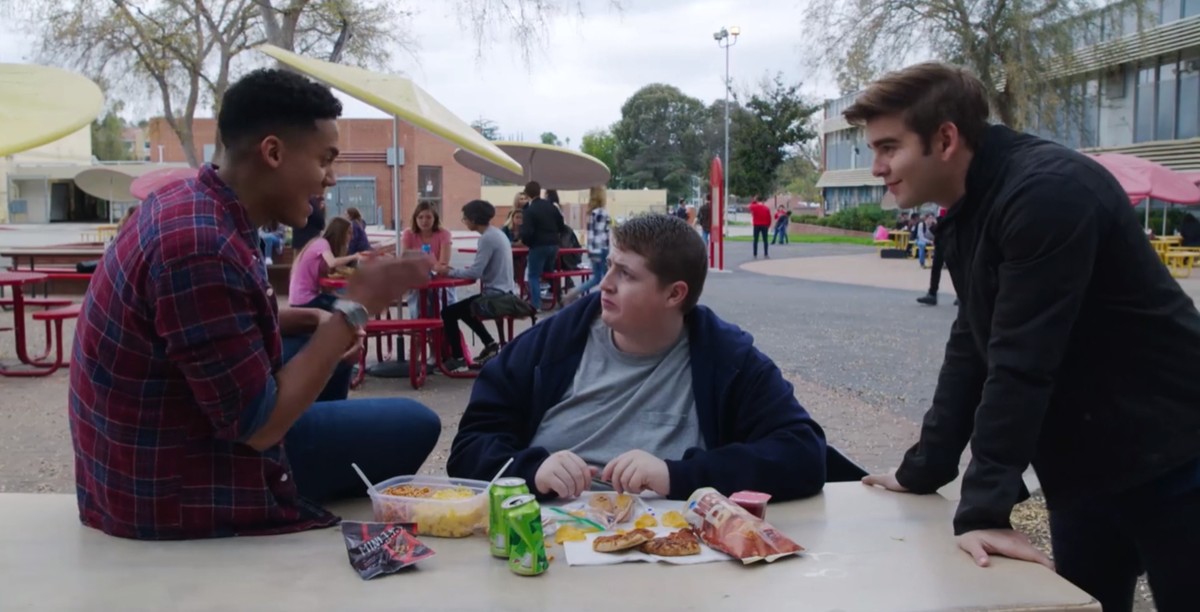 LAUREN GILGER: Yeah. So this idea, as you say, is such a morbid idea to eat himself to death. There's sort of an irony to it, but it's so sad. And it really kind of like hints at the heart of the pain that this, this kid must be feeling every day, right? But then there's this sort of fun-ness to it. He becomes popular. There is this interesting dichotomy you create within that. Was that something you were trying to hit on?

LANGE: Yes. I sometimes refer to it as kind of a dark comedy because I think that's, to me, that's just reality. Nothing in life is, is all sad all the time. Some things are awkwardly funny. I mean, that's why there are jokes about people giggling at a funeral, you know. So there are a lot of moments in this book where there is levity and humor, and the character himself is kind of a jokester and a funny guy. And so this happy, humorous side of himself starts to come out when he has peers to interact with. But the reason for having those connections is rooted in something dark, which is this, the sadness in this loneliness.

GILGER: So now this is being turned into a movie. It's screening at the Scottsdale International Film Festival here where most of it's set, right? So I want to, I want to talk a little bit about that process. Like, what's the backstory of having your book get turned into a film? How has it been watching it kind of come to life?

LANGE: Well, it's been kind of surreal. So the book is almost 10 years old now. And throughout that life of the book, I've had a couple of people buy the option for the film. And essentially that's like, it's like booking a reservation and putting a hold on it so nobody else can make the movie while the filmmaker is trying to figure out if they can get it together. And so I'd had this happen a couple times and you sort of stopped getting excited about it because it most of the time doesn't go anywhere, and a lot of authors can tell that story. But this filmmaker who put it together, he came to me when I was in the middle of another option and he said he wanted to make it. And I said, "I am really sorry. I just resigned to this option for a whole year, you know, come back in a year if you're still interested." And I thought I'd never hear from him again. And he came back a year later and said, "So? Is it available now?" And it had just come available. So I was really inspired by that because it was clear to me that he really cared about the story.

GILGER: Yeah. I mean, so watching it happen and parts of it were actually filmed here in Arizona where the book's set and that doesn't happen that often. What's it been like to watch this process to, to see the things that you tried to envision and write in the book come onto the big screen and look the way you wanted them to or be interpreted in a new way? 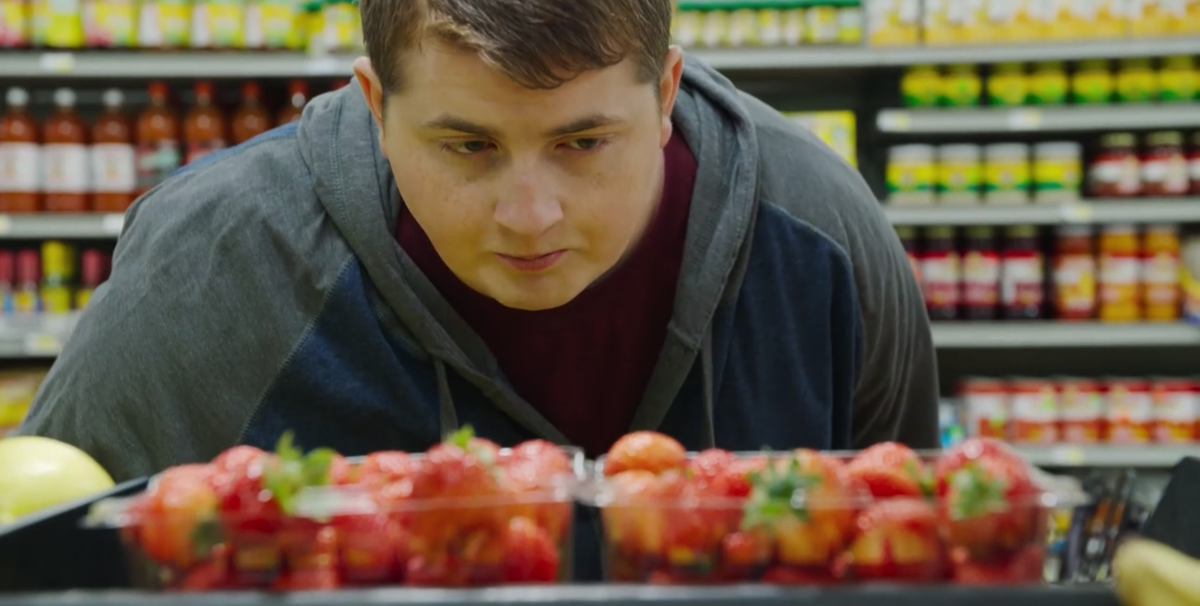 LANGE: The most magical moment was the day my husband and I flew in and out of L.A. one day just to visit the set for a few hours and they were filming at this high school — it was an empty campus, there was like nobody in the parking lot, we weren't even sure we were in the right place. I was like, "I don't know what's going on, I hope this is all legit. I don't know what's happening." And so I made a phone call and then they had like a production assistant come grab us and he sort of led us through all of these empty hallways. And it opened up into this courtyard where they were filming an outdoor cafeteria scene. And we came around the corner and there must have been 100 people. There were extras, there were the main actors playing the main characters were kids in the movie. There were all of these people working everything from craft services to the audio equipment to makeup and costumes and I was like, "Look how many people. This is a real movie." And it was just kind of magical because writing is such a solitary process. Even after you publish and you share it with people, they might have things to say about your book, but they kind of say them on the internet and you don't spend a lot of time engaging with people. So writing can be kind of a lonely profession. But to see that many people all together making something that started in your brain come to life is, is surreal. That's the only way to describe it.

GILGER: Yeah, most definitely. So final question for you, Erin. So the relevancy of this story has not changed in the near-decade since it was published initially since you wrote this. Like, do you think it might even be more relevant today? And what do you hope people get out of it when they either read the book or watch the film?

LANGE: I do think that the themes in "Butter" are still relevant today. I think that's why of all my books, "Butter" continues to sell, continues to be used in classroom curriculum across the country because it is still relevant. And honestly, I wish, I wish that weren't true. I would sooner the book go out of print than, than still be relevant because it means that there are young people who are lonely, who are hurting, who feel like they are out of options. But I also think that that might be something that does endure. I think if there's anything I would want people to walk away from the book with, especially young readers, I hope it would just be the most powerful messages I receive are from young readers who say, "I can't relate to Butter, but I have seen kids in his position and I didn't speak up. And next time I will."

GILGER: All right. That is Erin Jade Lange, the author of "Butter," now, a film that is being screened at the Scottsdale International Film Festival here. Erin, thank you so much for coming on The Show to talk to us about this.

LANGE: And thank you so much for the opportunity.