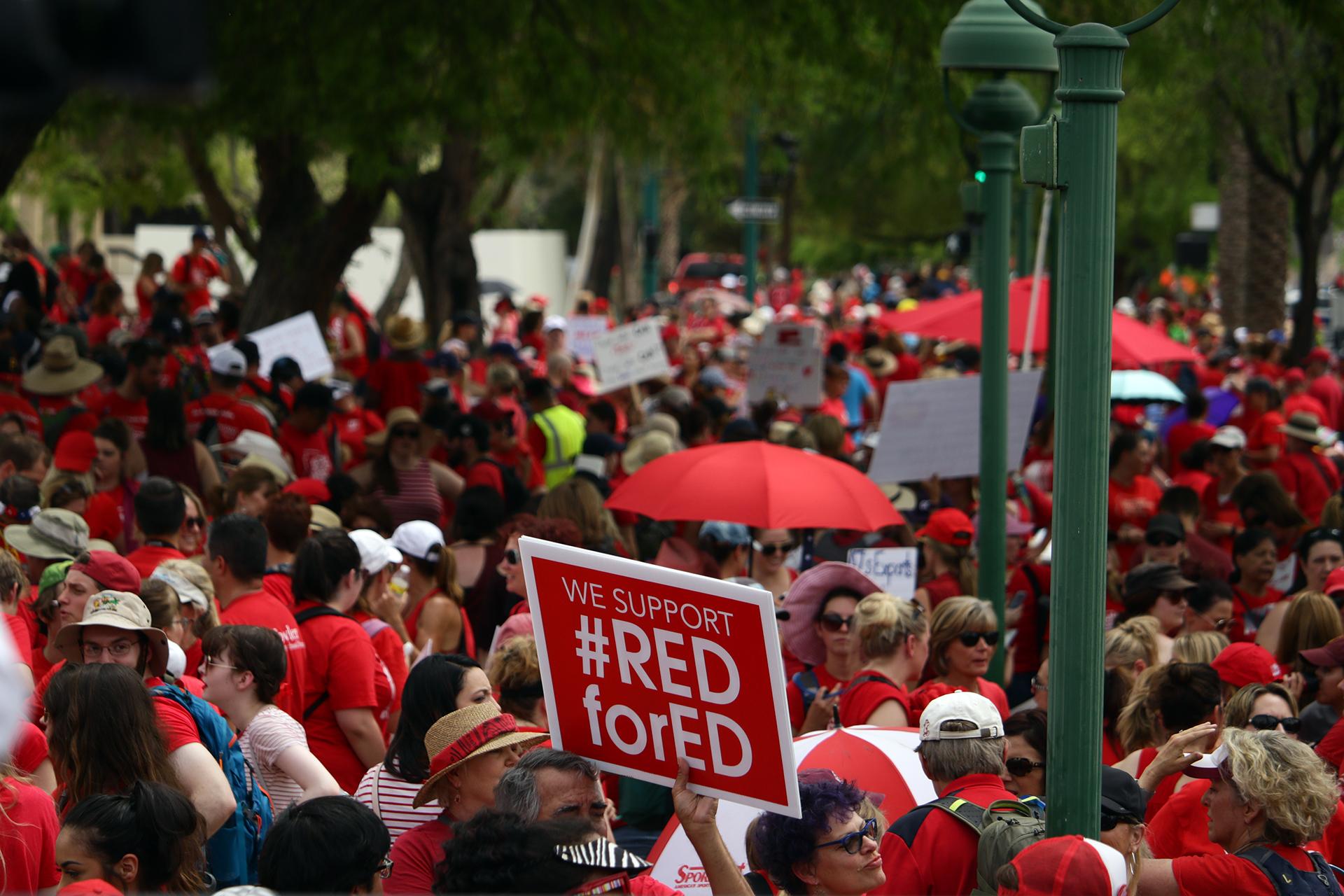 Jackie Hai/KJZZ
#RedForEd supporters march at the Arizona Capitol in Phoenix on April 27, 2018.

Arizona voters have approved a new tax on high-earning residents that could bring in nearly $1 billion of new revenue annually to the state’s underfunded school system.

The approval of Proposition 208 came after the state’s business community spent more than $18 million trying to defeat the measure backed by many educators and progressive groups. They argued it would hurt the state’s economy.

Proposition 208 proponents have been confident that they would win since Tuesday.

"When the canvass is complete and this is officially over, voters will have seal the deal on something that no Legislature has had the courage to do, no governor has had the courage to do and I think they need to take a lesson in voters, and pay attention to the fact that they want to invest in our schools," said Joe Thomas, president of the Arizona Education Association on a Tuesday Zoom call with reporters. "They want to give students a real opportunity and they want to build a strong economy in our state."

Under the measure, households making above $500,000 or individuals above $250,000 will pay a 3.5% income-tax surcharge only on the income above those thresholds, according to the Invest in Ed campaign's website.

The tax increase will go into effect in January, said David Lujan, the director of the Arizona Center for Economic Progress, one of the groups behind Proposition 208 along with the Arizona Education Association and Stand for Children Arizona.

"So the revenue would start to come in from income tax collections for that tax year," Lujan said. That means schools could see the funding as early as the spring of 2022.

Seventy-five percent of the money raised will go toward hiring and increasing compensation for teachers and other classroom and student support staff such as counselors and bus drivers. The rest could be used to fund teacher mentoring and retention programs, career and technical education and the Arizona Teachers Academy.

There are mechanisms in place to ensure the money is used as intended, said Rebecca Gau, executive director of Stand for Children Arizona.

“There’s an audit general report every year that will document where the funds go," she said. "There’s also already reporting requirements for teacher salaries amounts that have been in place for a couple of years. So there's a lot of transparency and accountability."

Gau also stresses that the revenue generated by Invest in Ed will be voter protected.

Opponents have said Proposition 208 would hurt the state's economic growth and small businesses.