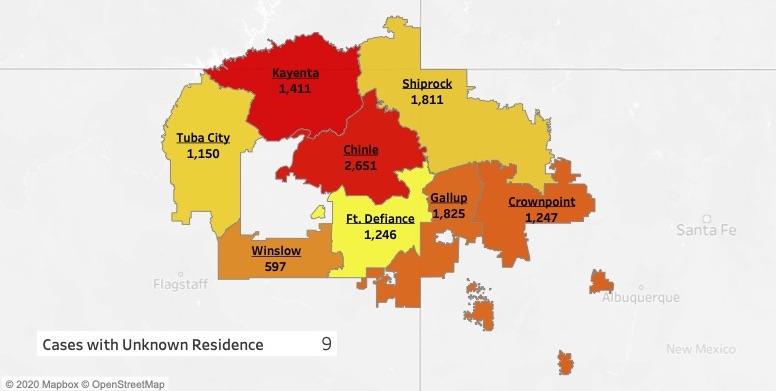 The Navajo Nation has issued a health advisory warning residents of uncontrolled COVID-19 spread in 29 communities.

As cases in the Southwest ramped up last week, President Nez warned the virus might soon become common enough that people might not know who they caught it from.

Now, despite a weekend lockdown and ongoing daily curfews, that concern appears justified.

The Navajo Department of Health on Tuesday reported 72 new cases, bringing the total to nearly 12,000. That's 7% of its roughly 170,000 residents, or three times what it reported in May, when it surpassed then-leader New York in cases per capita.

The department also reported two deaths, bring that total to 586.