Analysts Weigh In On Arizona's Close Races After Election Day

As Election Day turns into election week in Arizona and across the country, The Show spoke with local analysts to see how they feel about the early polling results.

Going into the election, the country saw record turnout in early voters. Some like Marilyn Rodriguez of Creosote Partners attribute this to the pandemic's influence.

"That was evidenced by — it was actually helped by, unfortunately, the very lack of a response to the COVID-19 pandemic that we saw from some of these very same office holders," Rodriguez said.

Even after voting, many Americans still feared polling inconsistencies would cloud the true results of races.

John Fetherston of Veridas stressed the importance of waiting for all votes to be counted before any side claims issues of fraud.

"I would say we might want to wait for results both in Arizona and nationally before we just start claiming that the polling was completely wrong." Fetherston said. "There are a lot of votes to be counted in Arizona and across the country that will decide what the final election results look like."

Both Paul Bentz of HighGround and Emily Ryan of Copper State Consulting noted that McSally had a tough fight against Kelly's reputation and campaign style.

Sky Schaudt/KJZZ
Voters line up at a polling station at Dove of the Desert United Methodist Church in Glendale, Arizona, on Nov. 3, 2020.

"He's absolutely unique. The guy's an astronaut," Ryan said. "He raised presidential numbers, which is phenomenal, and saying that is certainly not a knock on him. He maybe should have run for president. And he ran a smart campaign."

Bentz pointed to President Donald Trump's treatment of McSally and her closeness to the president as one turn-off for voters. He referenced the president's visit to Goodyear the week before the election, where he hurriedly called McSally onstage.

"I think in some ways the president hurt McSally because not only does she get his baggage, but clearly the way he acted towards her impacted her support from the base."

The president's influence may also have affected another race in Arizona — the race for Congressional District 6, where incumbent Rep. David Schweikert faced Dr. Hiral Tiperneni.

Fetherston saw the district's demographics as leaning further from the president's brand of politics.

"I think maybe even more of the story is just that that district is made up of affluent, educated suburbanites. And those are the folks that this year are breaking more and more towards Democrats. Those are voters who are tired of the Trump brand of politics," Fetherston said. "And Schweikert, maybe more than other members of the delegation looks like that, and, you know, it worked out. It looks like it's working out well for Hiral."

Another sign that the political scene in Arizona may be changing is the results on Propositions 207 and 208. 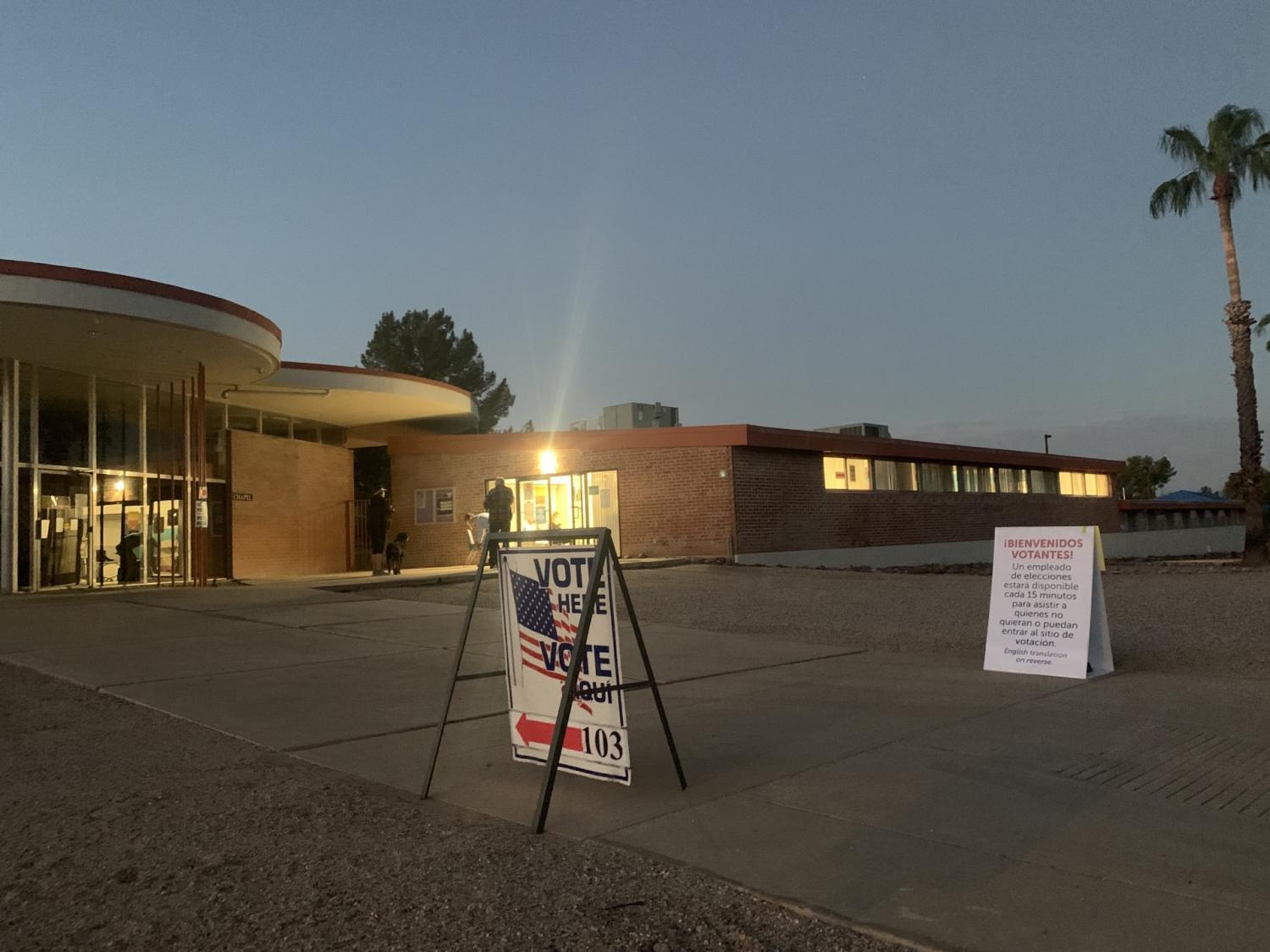 Michel Marizco/KJZZ
A Tucson polling location open in the early morning on Nov. 3, 2020.

Proposition 207 legalized recreational marijuana usage in Arizona for those over the age of 21.

Fetherston was not surprised by Arizona's support for the measure.

"Why would we keep this drug illegal when it's really having adverse effects? It being illegal is having [an] adverse effect on Arizonans," Fetherston said.

Proposition 208, Invest in Education, also appears to be on track to pass.

Bentz believed that despite lackluster campaigns, Arizona's inaction and the current pandemic encouraged voters to support it.

"There's a lot of angst in that environment," Bentz said, referring to schools. "And so I think that people wanted to show their support for education funding."

The early results signal a change in Arizona's politics as it transitions from a red, Republican state into what onlookers call a 'purple' state — one they hope will lean Democratic in the future.

"I think Arizona has always been progressive," Rodriguez said. "This is, again, organizing at its heart and people in the community rallying behind ideas and policies and candidates and showing up, and anything else, I think is a distraction from the point that, you know, this is a progressive win. "