Arizona Officials Have Identified Some Mystery Seeds Sent From China 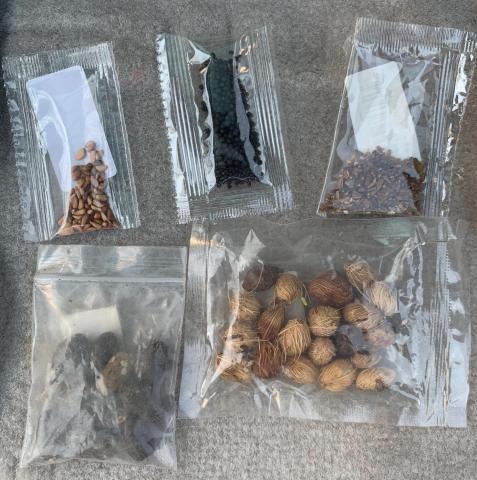 This summer, many Americans — including Arizona residents — were perplexed when they received mysterious seed packets in the mail from China.

The United States Department of Agriculture launched an investigation and established guidelines for recipients. The shipments have decreased but not stopped completely.

Despite a slowdown of shipments, the USDA is still receiving reports of unsolicited seeds.

While a majority of Arizona’s reports have come from the Phoenix and Tucson areas, all 15 counties have reported the mysterious parcels.

“Either people have ordered seeds online, but were unaware that they've been sent from a foreign country, and realized when they received them that they wouldn't comply with U.S. import requirements," Wallace said. "Or people just received seeds, even if they didn't order any, and that I think has been the bulk of those.

Wallace believes the latter packages are part of a "brushing scam," which is a deceitful technique used to boost ratings and optimize search engine rankings for online merchants.

Wallace also said the specific type of seeds that Arizonans are receiving are ornamental fruit, vegetables, herbs and wheat.

Risks attached to planting these seeds include the potential of seed-borne viruses and other diseases.