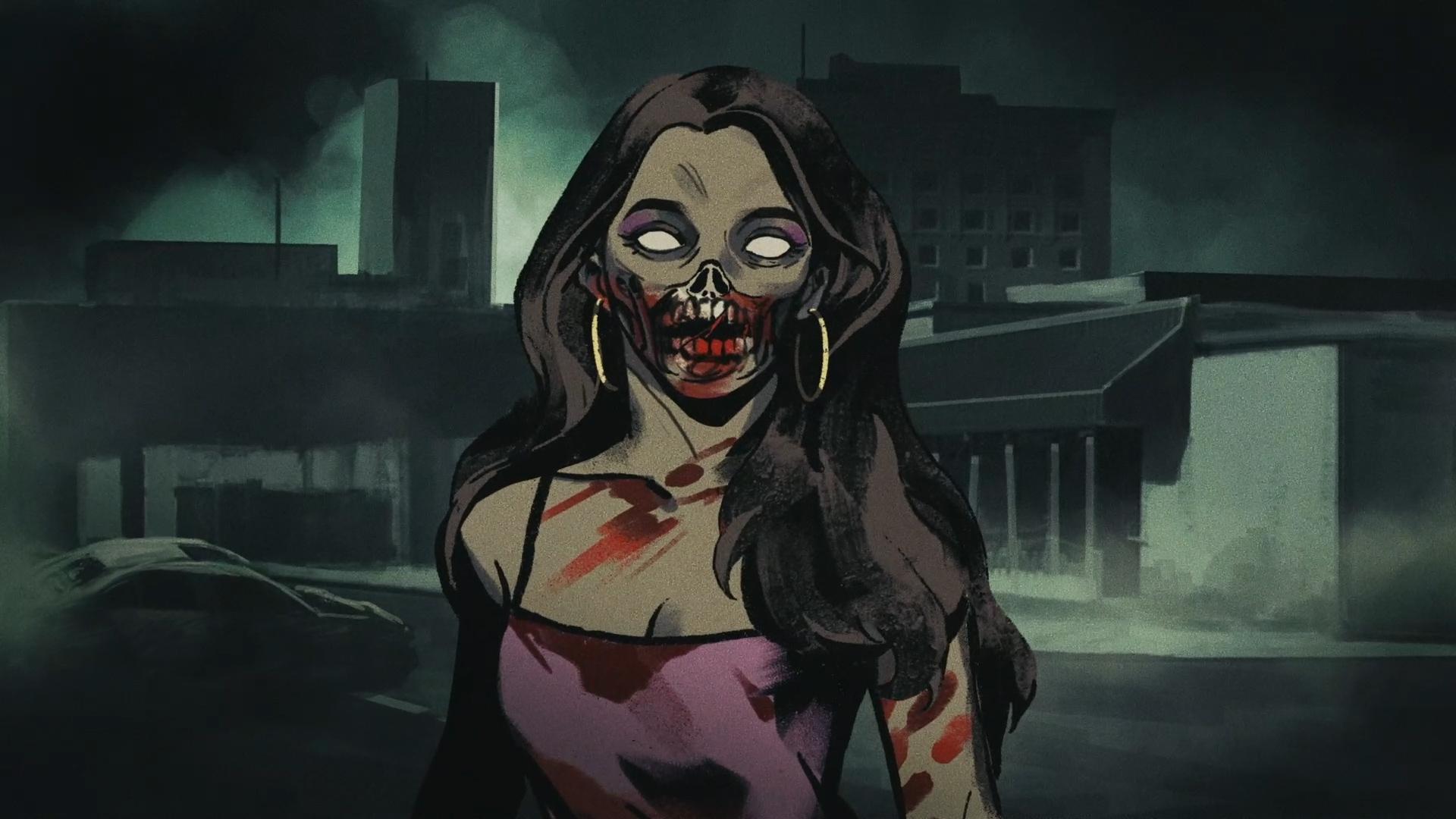 Spotzen/PBS
An illustrated depiction of a female zombie in a city.

MARK BRODIE: Halloween is, of course, tomorrow, and even though there won't be the usual numbers of trick-or-treaters roaming around Valley neighborhoods, there are still sure to be some kids dressed up as monsters and zombies, even if they're only trying to scare people online. And a new special premieres tonight, that traces the history of zombies. Emily Zarka is a professor at ASU, where she studies the role monsters have played in narrative as a way to understand human history. She's also the creator, writer and host of the series "Monstrum" on PBS. It is her special called "Exhumed: A History of Zombies" that'll be showing tonight starting on PBS. She joins me to talk more about this. And Emily, you've said in the past that when we learn about the history of zombies, we really learn about ourselves. I'm curious in what ways?

EMILY ZARKA: So the zombie is a really interesting monster in sort of this larger undead canon in that a lot of people might recognize the zombie today as some kind of, you know, flesh-eating, reanimated, decaying corpse — we see that all the time in pop culture. But what a lot of people don't realize is that the zombie actually traces back hundreds, if not thousands of years to the spiritual beliefs of the diasporic West African peoples. So the zombie exists only because of slavery. And once you start to look at that narrative in history, we can really trace not only the history of slavery globally, but specifically how those people and slaves — both free blacks and enslaved people — actually had an impact on American culture. 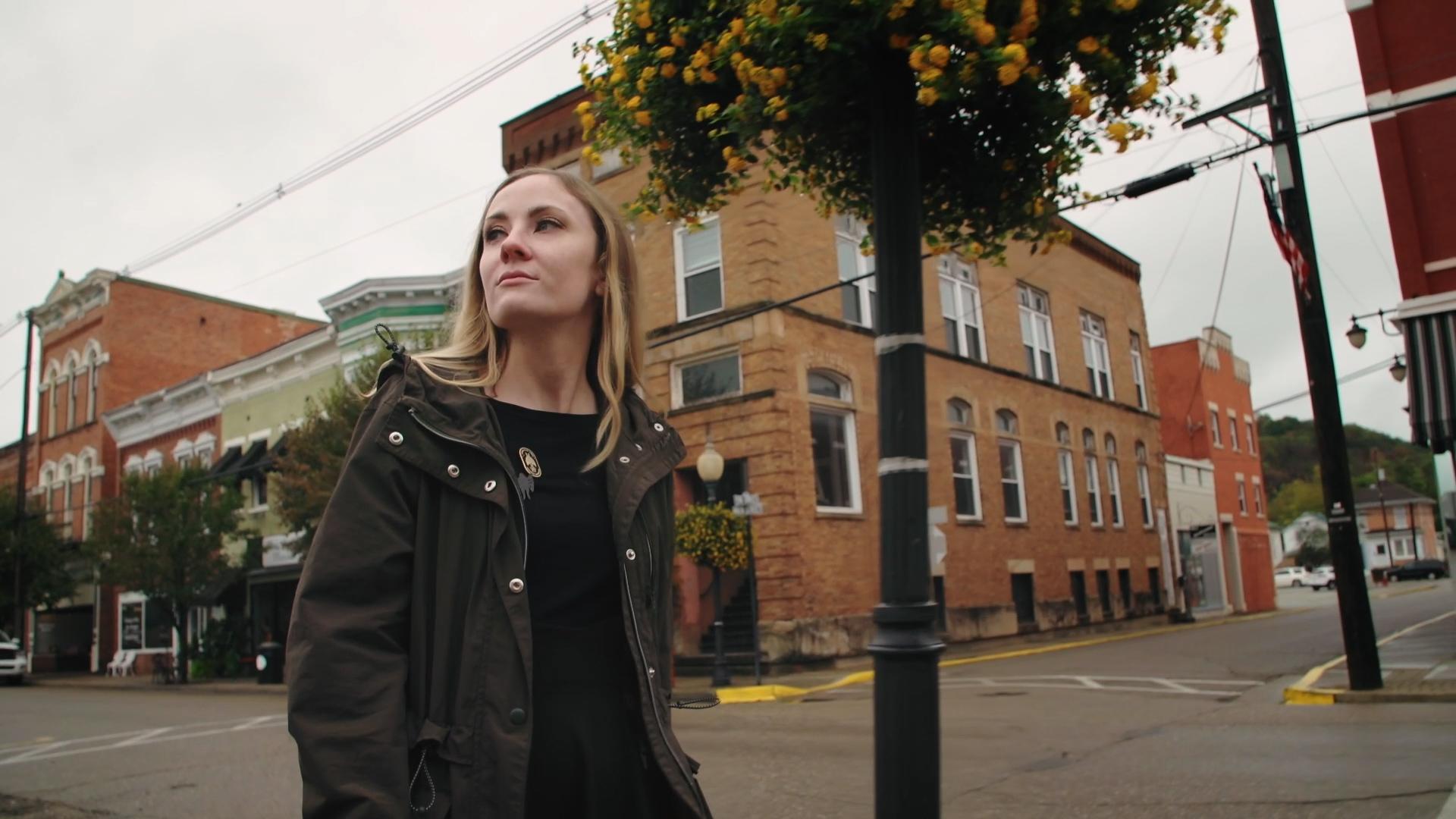 Spotzen/PBS
Dr. Emily Zarka, monster expert and host of "Exhumed: A History of Zombies," walks through the streets of New Orleans, the first place that zombies appear on US soil.

BRODIE: How do you trace that evolution?

ZARKA: So we see the original roots of the zombie — again, in the spiritual practices of the West African diaspora that combined in Haiti during the transatlantic slave trade. So you have this huge group of people who have been taken from their homes and put together in these horrific conditions. And as part of a response to that, they developed a new religion to unite their cultures, which was called Vodou. So the zombie emerged as part of that spiritual practice, connecting to soul-stealing. So it was a fate worse than death. And then to make matters more complicated, or I suppose less complicated, is essentially the early 20th century, the American occupation of Haiti, when American journalists and military personnel started to document their exaggerated accounts of Vodou and the zombie, took those texts back to America and the Western world, and then Hollywood stepped in and produced the first exaggerated interpretations of the zombie, Vodou and Voodoo.

BRODIE: So is that kind of how we ended up with this kind of caricature image of zombies that we have now in 2020? That it came from the Caribbean and ended up in Hollywood?

ZARKA: I think that's definitely part of what happened. So we see zombie films move away from this idea of just reanimated corpse that doesn't really do harm to anyone connected to Vodou and Voodoo and start to see it connected to things like aliens and associated with the Cold War and with the Nazi regime. And then, of course, you have 1968, the "Night of the Living Dead," where George Romero took the zombie idea — what he called the ghoul — and made them flesh-eating, reanimated corpses. So there's actually, I would say, three main tangentials in the zombie narratives: There's the Haitian zombie, the Romero zombie and what I call the pandemic zombie, which emerges in the late 20th century, early 21st century.

BRODIE: So when you talk about zombies, I think even kids have an idea. Like, they walk around kind of toddling back and forth with their arms out in front of them, yelling, "Brains, brains," that kind of thing. Like, how did we end up there? And I guess what does that, what does that tell us about ourselves or about our culture that virtually everybody has in their mind an image of what this thing is?

ZARKA: I think that shows just how powerful this idea of the zombie is and of the undead, right? And I think part of that is because zombies are so close to being human. I like to say that we're, you know, one heartbeat or one parasite away from becoming these corpses that we see in popular culture ourselves.

BRODIE: One of the interpretations that I've seen with relation to zombies — and for example, why they act the way they do and why they try to eat people's brains — is that they are infected with something.

BRODIE: And it strikes me that that is perhaps particularly relevant right now in the midst of a pandemic.

ZARKA: Oh, absolutely. So I mentioned that I've identified this category of zombie that I call the pandemic zombie that emerged as a response to increased biological attacks and increased pandemics that we saw. Things like even bio-warfare, right, in the late '90s and early 21st century. So we have this greater fear of disease and pandemic because we're more aware of germs, right? Science has advanced that we can actually identify if something's a virus, and we can try to find a vaccine for that. As technology advances, as science advances, we have more and more fears. So, yes, I think that especially in 2020 and what's going on with COVID-19, this idea of a pandemic that is globally sweeping and causes people to act out — not just because they're sick, but because they're scared — is something that resonates with us very, very well today. 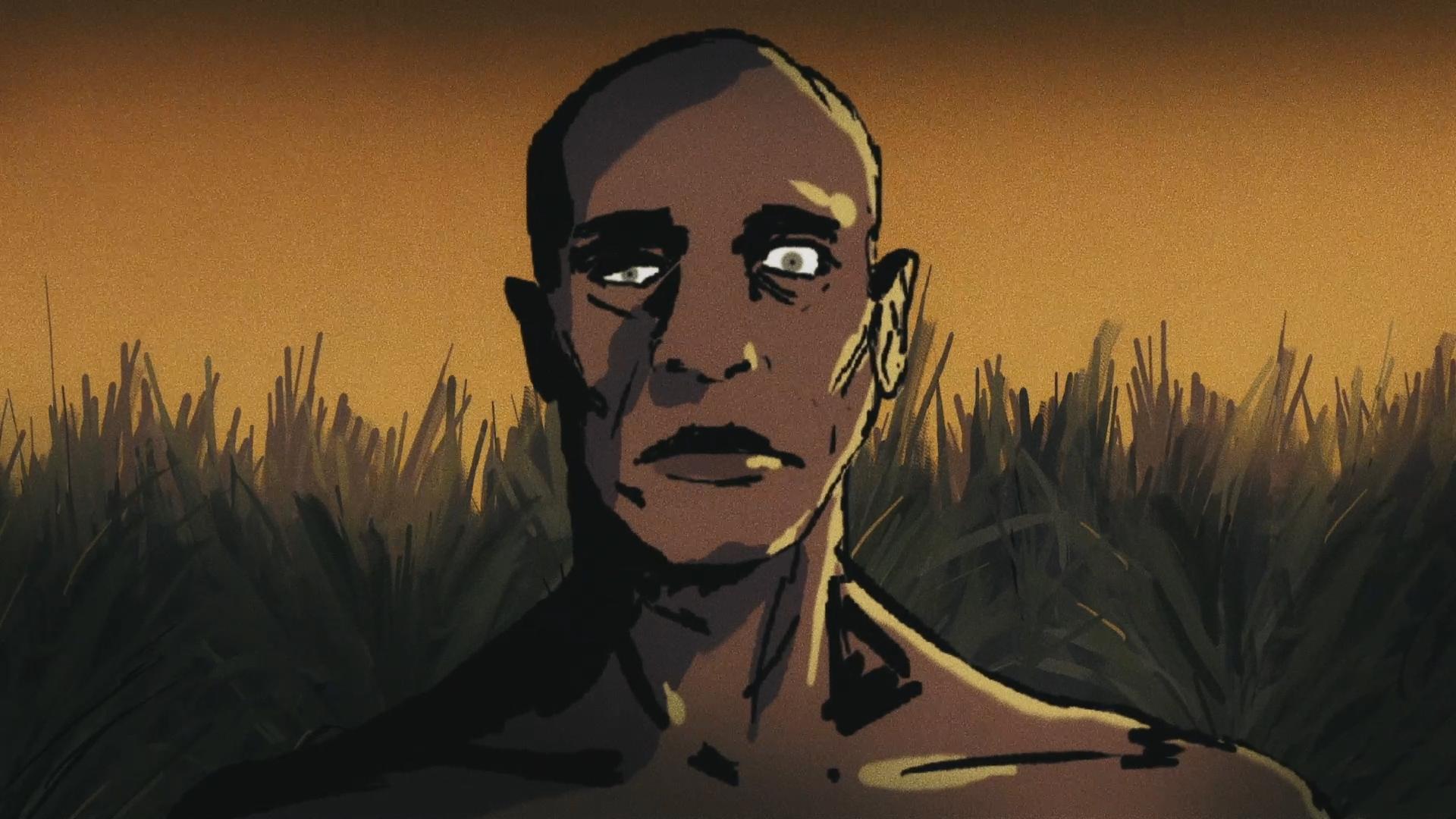 Spotzen/PBS
An illustrated depiction of a male zombie.

BRODIE: So I've got to ask, because we're coming up on Halloween here. If people knock on your door, ring your bell, maybe not this year, but in past years, and they are dressed as zombies or other kinds of creatures, do you have to restrain yourself from giving them a full history of what they're dressed as or maybe why their costume isn't quite historically accurate?

ZARKA: Oh, my gosh. I try not to. Fun fact: I'm actually terrified of trick-or-treaters.

BRODIE: You study zombies, but you're terrified of trick-or-treaters.

ZARKA: Yes! Trick-or-treaters and robots. And I'll tell you why. Because when else is there during the year would you open up your door to a masked person you don't know? Which is terrible to say. But no, I just love talking about monsters to everyone just because I think they're a really good way to unite people, right? I think fear is something that is universal, and if we can talk about what we fear and what we value with one another, I think there can only be good outcomes from that.

BRODIE: That's really interesting — trying to use fear as a way to unite people. It seems like that in some ways might be counterintuitive.

ZARKA: You would think, but we have to keep in mind that we are animals, right? Humans are animals. We have these different adrenaline responses, but we have rational thought. And fear is just like sadness or just like joy — it's something we all experience. And yes, maybe we don't want to talk about fear or see that as a uniting force because of the negatives that can come from it, right? And there's a fine line between preparedness and paranoia or having fun and scaring other people. But I think toeing that line is part of our human condition, that there are bad things that happen in this world and that horror and monsters allow us to play out some of those scenarios in safer environments.

BRODIE: Emily Zarka is a professor at ASU as well as the creator, writer and host of "Monstrum" on PBS. The special "Exhumed: A History of Zombies" premieres tonight at [9 p.m.] on PBS.