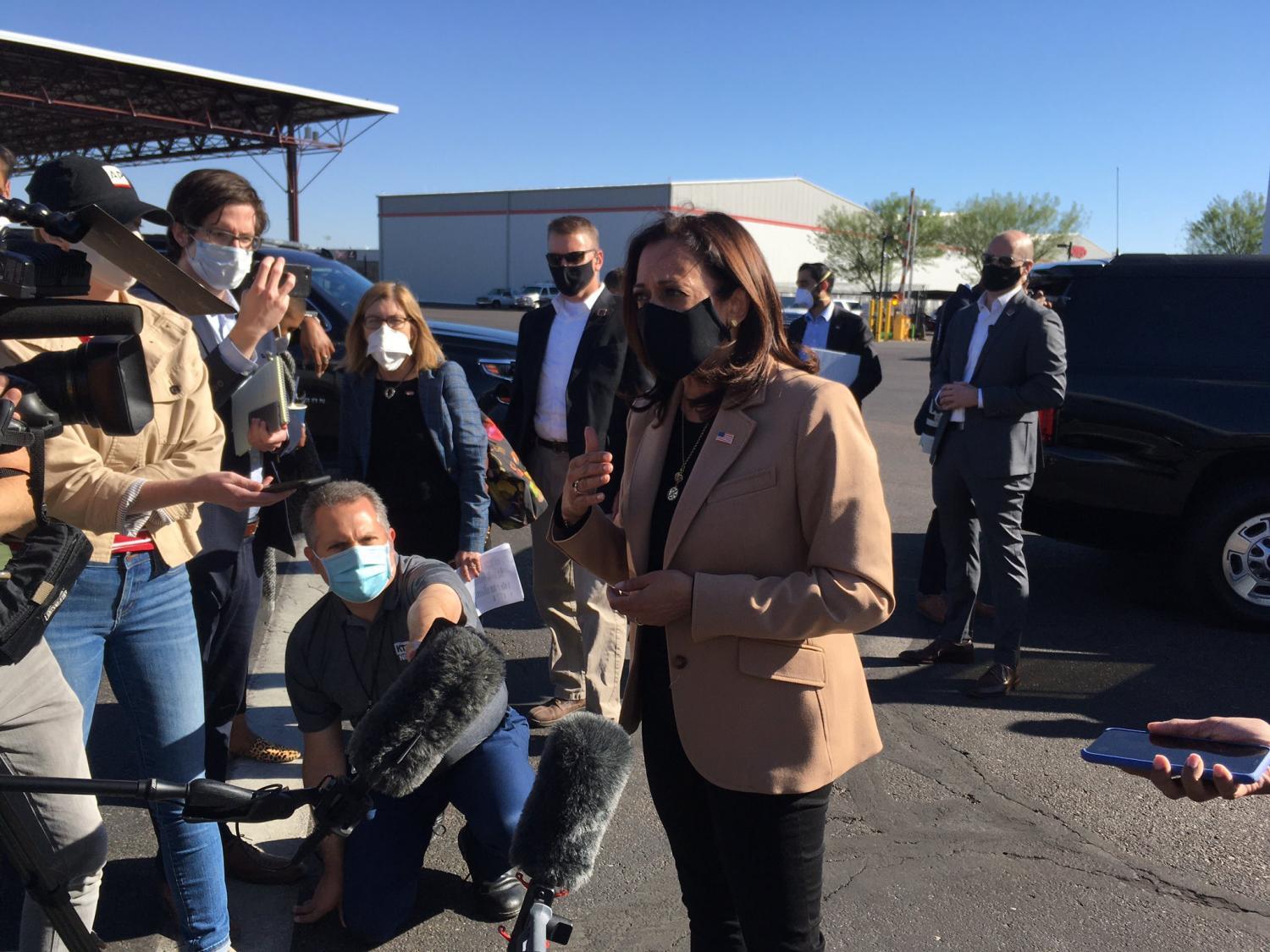 Joe Biden’s running mate, Sen. Kamala Harris, visited Arizona on Wednesday for a pair of campaign stops to make their closing arguments with less than a week left until the election.

Harris started in Tucson then addressed a group of Black civic and faith leaders in downtown Phoenix.

Harris was greeted with a standing ovation from a socially distanced, masked crowd at the Van Buren the Wednesday afternoon.

She expressed concern that minority owned businesses did not have the same access to Paycheck Protection Program loans as white owned businesses. In response, Harris said a Biden administration would implement a $150 billion low interest loan program targeting minority businesses.

Harris highlighted the need among minority communities for access to health care, education and jobs training.

She told the crowd the campaign was not just about beating Donald Trump but creating a more equitable country. 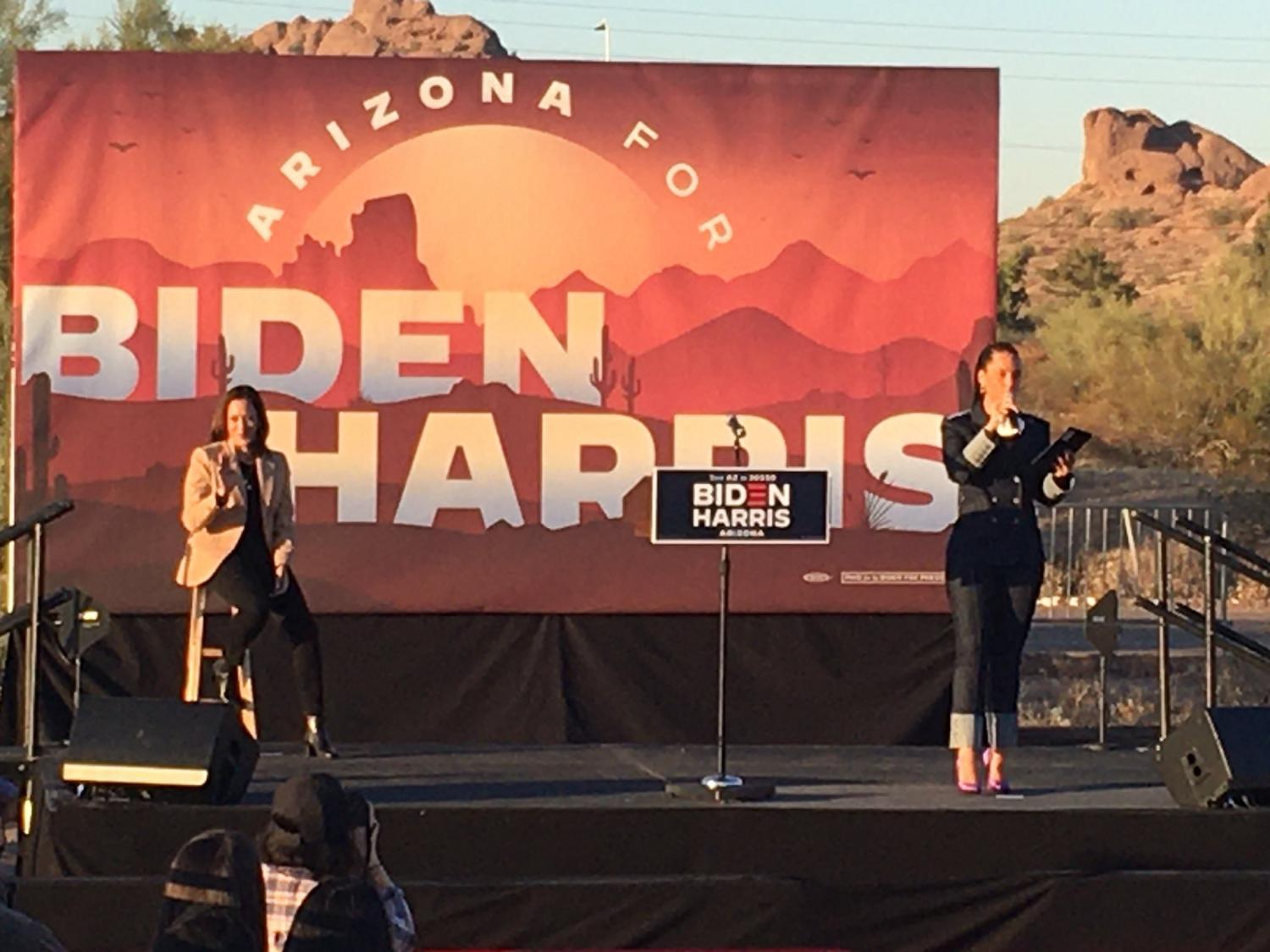 Harris then held a drive-in rally at the Phoenix Municipal Stadium parking lot where she was introduced by singer Alicia Keys. The campaign estimates there were over 100 cars at the rally, with occupants listening over the loudspeakers and through their car radios.

Harris told the crowd their campaign was not about defeating the president so much as it is about uniting the country.

“It is time to end trying to get Americans to turn on each other," Harris said. "Joe knows the real sign of someone’s strength is not based on who you beat down. It’s based on who you lift up.”

Harris said she believes Arizonans’ support for Biden would be crucial in their attempt to win the White House.