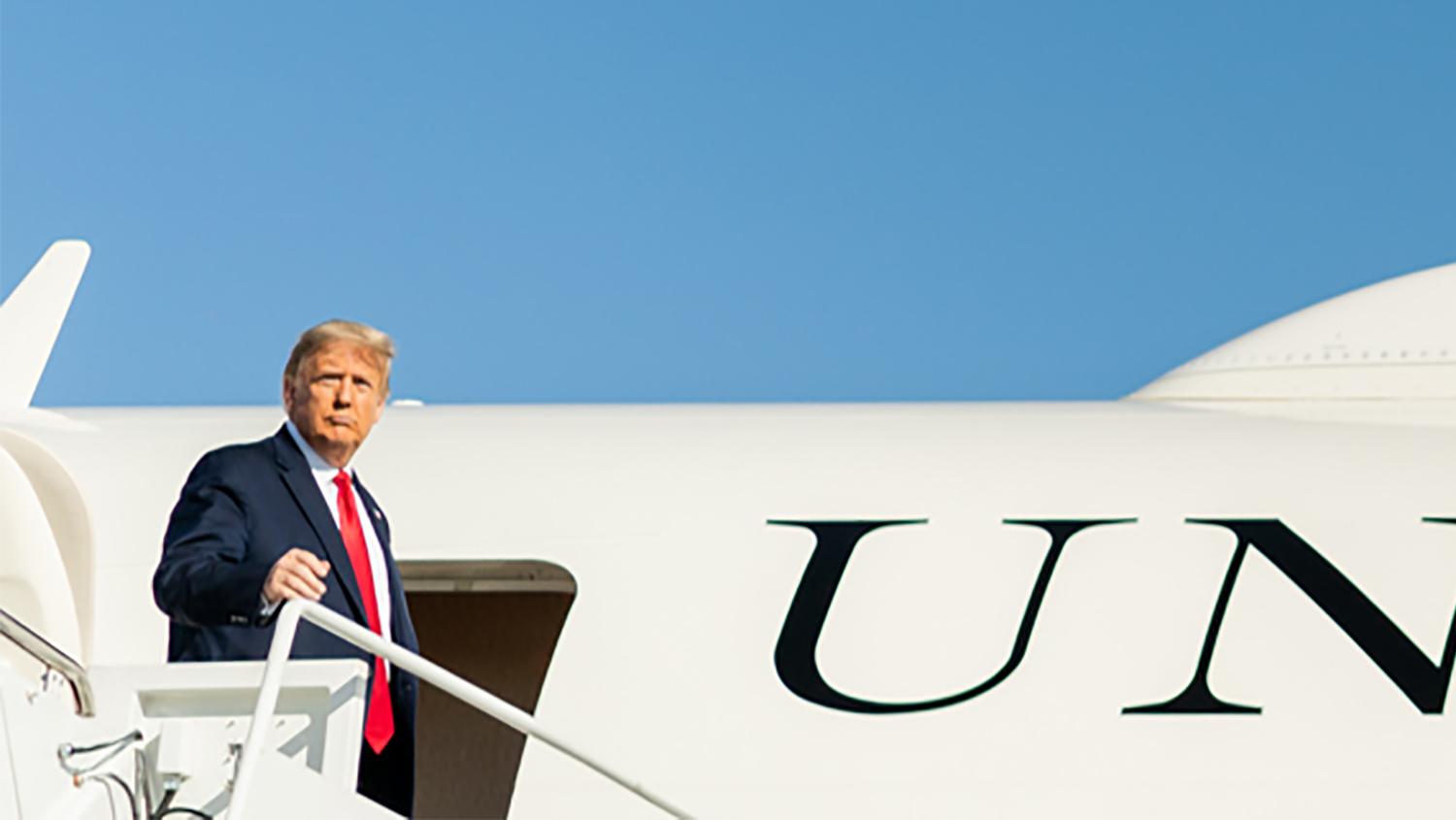 President Donald Trump visited Arizona again on Monday and addressed members of the media after arriving at Phoenix Sky Harbor Airport at about noon.

When asked about his chances of re-election, Trump expressed confidence.

“I think so, I think we’ll do better than 2016. We’re way ahead of where we were in 2016, and I’ve done things that nobody’s ever done. We built the greatest economy in the world and we’re building it rapidly again," Trump said.

At the Prescott airport, Trump encouraged a large crowd of supporters to fill out absentee ballots despite previously casting doubt on the vote-by-mail process.

The president attacked his opponent, Joe Biden, saying the former vice president would let radical elements of the Democratic Party control his agenda. Trump told the crowds he would protect the issues they hold dear. “We will uphold religious liberty, free speech, and the right to keep and bear arm," Trump said.

Trump spoke for over an hour at Prescott, encouraging his supporters to vote for McSally, who he said would help him continue to deliver conservative justices to the Supreme Court.

Despite increasing COVID-19 numbers in many states, Trump told the crowd that the country was turning a corner on the pandemic.

The president and his campaign surrogates have had a heavy presence in Arizona, even during Trump’s COVID-19 diagnosis.

The latest polling from Monmouth University gives Biden an edge of several points over Trump in Arizona. The state was key to Trump’s victory over Hillary Clinton in 2016.

For more about who exactly the president might be hoping to appeal to in Prescott and Tucson, The Show spoke with Jim Nintzel, executive editor of Tucson Weekly.