Arizona Concert Promoter Looks Back On Career In New Book 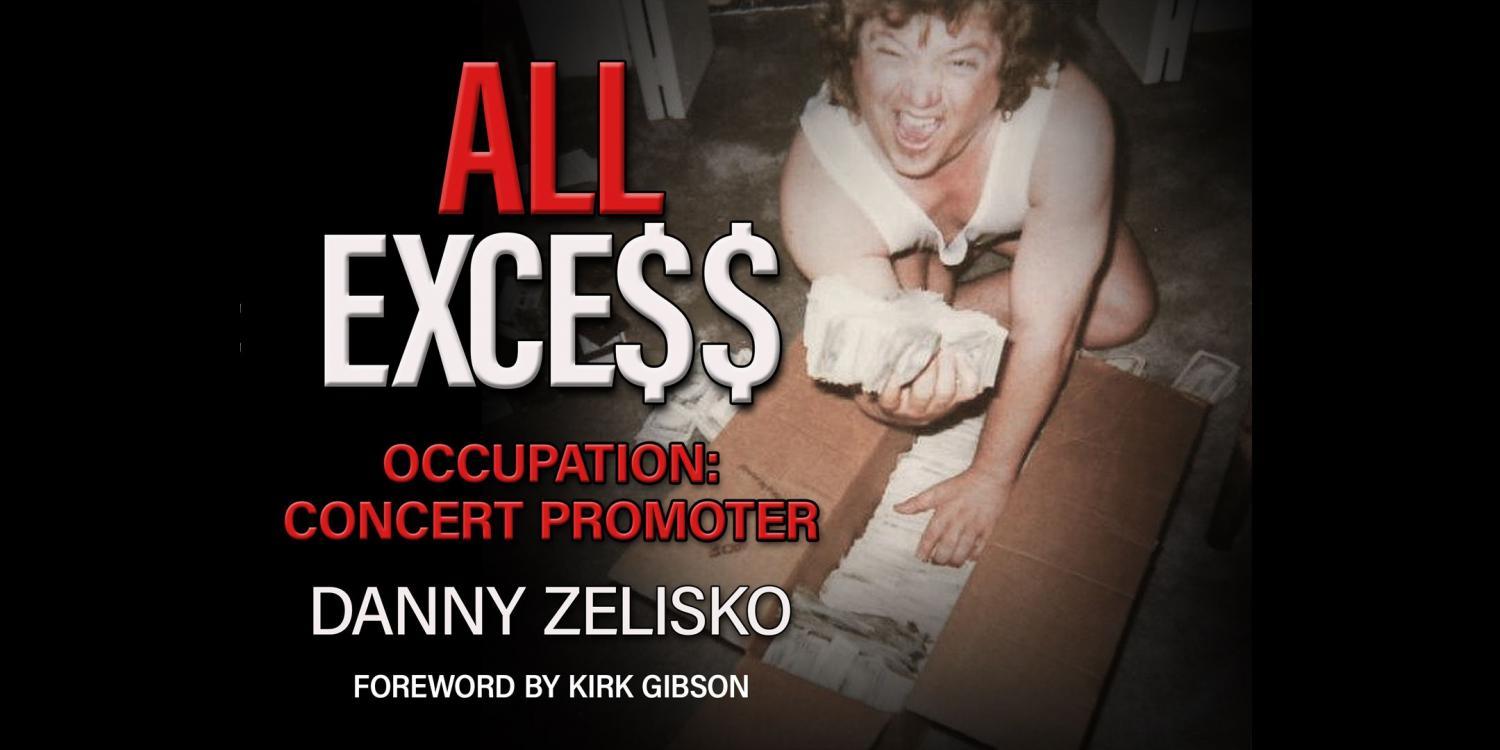 STEVE GOLDSTEIN: Smaller venues around the Valley and across the country are struggling to keep their doors open as the pandemic continues. Larger locales — arenas and stadiums — are also empty. Danny Zelisko has promoted concerts in Arizona in cramped clubs and 70,000-seat facilities over the course of nearly five decades in the business, and with the impact of COVID, he has almost literally seen it all. Zelisko tells the stories of his career in the new book, 'ALL EXCE$$: Occupation: Concert Promoter.' And he's here to share a few of them. So, Danny, assess for us where the concert promotion business is right now. Any optimistic it'll be able to bounce back?

DANNY ZELISKO: Well, I definitely have optimism that it's going to bounce back. The question is, 'When?' As long as we don't have an antidote for people to get sick, and as long as there is no vaccine to give people ahead of time, it's kind of a touch-and-go situation. Meanwhile, we've had shows that we're booked all throughout 2020 that have been moved into 2021. And, you know, for doing what we do, putting on shows, it's kind of like, you know, preparing an army in smaller numbers. But depending on the size of the band and how big the places are that they play, you've got to have anywhere of a support staff of three people up to 100 people to move these groups around from town to town all through the country, which requires a lot of advance setup time to assemble the right crew. Not to mention you have to promote the show to the audience to make sure that they're aware of it and they can get tickets. Although at this time, I mean, I could announce a concert if everything was perfectly safe right this second, and we could sell it out tomorrow the way people want to get out and go to shows.

GOLDSTEIN: So, Dan, let's go back in time a little bit. And there are so many good stories about how you got involved in this business as a teenager. So was this luck of the draw? Was this right place, right time, or just a guy who had a ton of passion and worked with the right people?

ZELISKO: I would say it's a combination of all of that. I'm not a really big believer in luck. I think you create your own luck. By just being there, half of life is showing up. And, and I, I tended to show up even when they didn't want me or they didn't know I needed to be there, because when you're nobody trying to break in this you're, you're kind of a nuisance — not because people are mean or anything, but they're already experienced, they've got a job to do, but you're, you're from the outside looking in and you want to get in. The hardest thing to do is to get accepted and, and give people a reason to have you around. You gotta perform yourself. You got to do something. And, you know, the way that I found to do it was when I was in Berkeley at 17, just getting out of high school. And a guy called Twiggs, who was the road manager for the Allman Brothers, liked me, took a liking to me. And he said, "The next time there's a show here, just go on the truck and started loading gear like you belong, you know, and they'll get to know you. And if they don't like it, they'll throw you out. But you come back and do it again and you'll catch on with somebody." So the next day, the English group Yes was performing in Berkeley and, and I climbed onto their truck and started pulling gear off. When I came down the ramp, I talked to the local Bill Graham guys with an English accent. And when I went back up, I was like one of them, so I talked normal. And everybody thought I worked for the other guy all day until Bill Graham caught me at dinner and said, "Who's this kid?" And he, he loved — he go, "You got a lot of chutzpah, kid. You have a lot of chutzpah." So I stuck with him the rest of the night. We became friendly. I won't say friends, but we came friendly. What a blast. 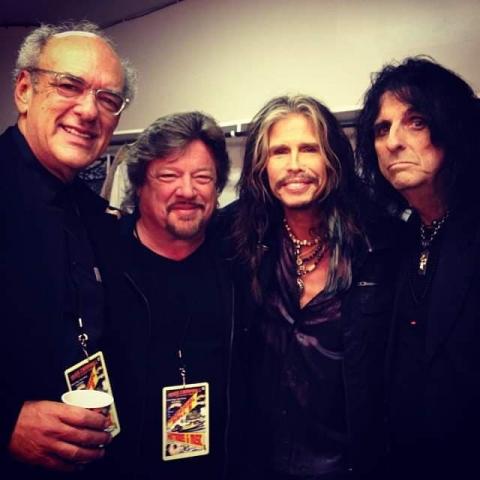 GOLDSTEIN: There's a great photo of you with the guys from KISS. Of course, we know about Alice Cooper and the impact he had. When we see these artists who are — their performances are not just about the music, it's about the actual performance and some of the crazy stuff they do. What's it like to talk to these people backstage? I mean, they know you. You know them. Do you have real conversation with Gene Simmons where he's wearing the KISS makeup and you guys are talking business?

ZELISKO: Oh, absolutely. It's. I'll tell you what, the — one of the funniest ones — and it just occurred to me — I was doing Peewee Herman one time, you know, and he's got the [laughs].

GOLDSTEIN: You do that well, yeah.

ZELISKO: Yeah. Well, he taught me. Before he went onstage, we were just having this normal conversation and I said something. He goes, "You didn't really think I talk like this all the time?" And he floored me. I said, "You know, I never saw you out of character." And he goes, "Peewee's, way more fun than I am." So, you know, I mean, it's like, it's like that with a lot of these guys. I mean, they'll come off stage, you know, girls are screaming, guys are going nuts, people are standing there pounding their chairs, and they come off stage and go, "You think they liked it?" These people are just regular people trying to do their job. Well, the difference is, like George Carlin used to say, imagine somebody on the other side of your desk when you make a good phone call. "Hey, good one," and, you know.

GOLDSTEIN: Concert or two, can be an artist or two that you promoted here in Arizona that was just it blew you away based on the size the audience, based on the impact of the artists there. 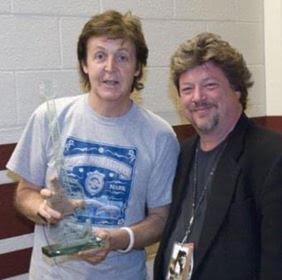 ZELISKO: One of the shows I would say that kind of said to me, "You've done it this time, kid" was, was when we went and booked Paul McCartney at the ASU Sun Devil Stadium in 1990. That was Paul's first performance in Arizona ever. That show was magnificent. The lead up to it was fantastic. The on-sale of it was fantastic. We sold 60,000 tickets out in less than three hours. And this was, it was computer ticketing from Dillard's at the time. They were the ticket person then. We didn't have Ticketmaster then. Thirty bucks a ticket, so it was a $2 million gross, almost, for what was the fastest selling show ever for that size of a place in Arizona. And I got to present him with an award like a plaque. And in London a few months later when he was getting some Guinness Book of World Records things for similar type of records that he'd been setting around the world when he first came back to touring again. And he's, and he's not stopped since then.

GOLDSTEIN: Arizona legend Danny Zelisko's new book, 'ALL EXCE$$: Occupation: Concert Promoter,' full of great photos, full of great stories about his many, many decades in the concert promotion business. Danny, thanks for the time today. I appreciate it.

ZELISKO: You bet. Thanks for having me.