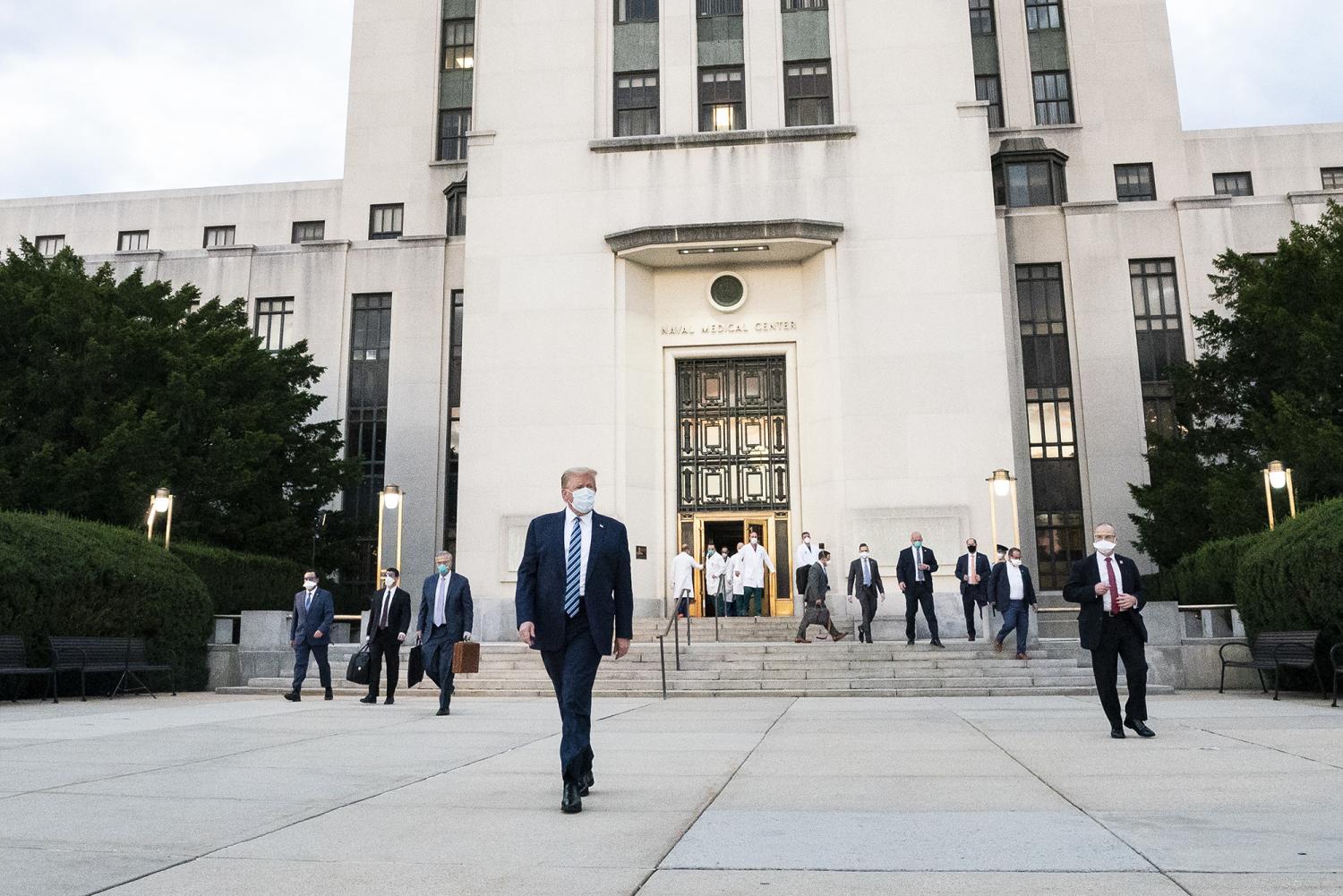 He thanked those who sent thoughts and prayers to him and the first lady. He also turned his attention towards Arizona seniors, saying there’s a good reason to trust him.

“On Nov. 3, Arizona seniors will decide whether America remains the greatest nation in the history of the world. What we’ve done for seniors nobody has done for seniors. You have to understand I’m a senior. It’s one of those things, I’m a senior too,” Trump said.

“Working families across the state are wondering how they will put food on the table, pay their bills, and keep their families safe and healthy because of Trump's failure to lead. Yet instead of working to get relief to Arizonans struggling through the coronavirus crisis and a historic recession, Trump sabotaged relief negotiations that would have helped Arizona’s small businesses, schools, and working families — all while pushing to rip away health care coverage from millions of Americans."

Trump also spoke about the federal Operation Warp Speed, which is supposed to speed up the vaccine process. However, the Food and Drug Administration has said they will not sacrifice rigorous review of new vaccines in exchange for rushing something to voters.